Air pollution linked with increased risk of autism in children 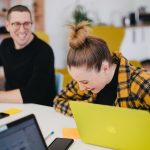 Exposure to fine particulate air pollution (PM2.5) has been linked with significantly increased risk of autism spectrum disorder (ASD) in children, particularly if exposure occurs during the third trimester of pregnancy or during early childhood, according to a meta-analysis from Harvard T.H. Chan School of Public Health.

The study was published April 29, 2021, in Environmental Research Letters.

The authors noted that there has been a steep rise in the prevalence of childhood diagnosis of ASD over the past several years, from 6.7 per 1,000 people in 2000 to 16.8 per 1,000 people in 2014. Possible risk factors include those related to family, such as genetics or parental age, or the environment. Previous studies have found an association between exposure to ambient particulate matter (PM) and neurobehavioral dysfunction.

The new study found that the risk of ASD increased by 64 percent with exposure to 10 micrograms of PM2.5 per cubic meter of air (mcg/m3) during early childhood and by 31 percent during prenatal periods. During the prenatal period, the greatest risk was found during the third trimester.

The results also suggested that PM2.5 exposure could affect vulnerable populations even at low levels, below current regulations.