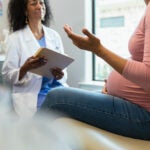 Janet Nezhad Band of New York, N.Y., is a lawyer with experience in social justice and sustainable development. Passionate about effecting positive change in the world, she has championed efforts to make a Harvard education accessible to all talented students and forged strong connections among alumni across class years, school affiliations, and geographic borders.

A deeply motivated alumni leader, Band has thrice earned Harvard’s Albert H. Gordon ’23 Award for her unwavering commitment to the University. She has served on each of her class’ reunion gift committees in addition to co-chairing her 30th reunion in 2013. She has chaired her class’ associates committee since 1999 and has been a member of the Harvard College Fund executive committee since 2005, where she served as a co-chair of associates giving. Band previously served as an HAA elected director and chaired the HAA awards committee. She also co-chaired the participation task force for The Harvard Campaign for Arts and Sciences.

She previously practiced law at Paul, Weiss, Rifkind, Wharton & Garrison and at MTV Networks and was also a contributing editor at Condé Nast Traveler. She serves on the boards of Fair Trade USA, the HCNY Foundation, and on the advisory council of the NYU Stern Center for Business and Human Rights.

David Battat of New York, N.Y., is an entrepreneur and experienced disaster relief volunteer guided by a lifelong commitment to help others through public service.

An alumni interviewer for Harvard College since his graduation in 1991 and a dedicated mentor to Harvard College students, Battat co-chairs the New York City Schools and Scholarships Committee, coordinating 2,500 interviews annually and training hundreds of alumni volunteers. He serves on the board of the Harvard Club of New York Foundation, which provides financial aid to undergraduate and graduate students.

He is chair of the HAA Committee to Nominate Overseers and Elected Directors, as well as a member of the Committee for the Happy Observance of Commencement. He previously served as an HAA elected director and initiative co-chair. He is a co-founder and vice president of the Harvard Alumni Disaster Preparedness Team. A volunteer firefighter since the age of 16, he was a first responder at ground zero in New York City during the September 11, 2001, terrorist attacks and conducted recovery efforts in the aftermath.

Battat is president and CEO of Atrion Corporation, a medical device manufacturing company that focuses on hiring and training groups who are underrepresented in the workforce. Prior to this, he was a criminal defense attorney as well as a clerk for then Judge Sonia Sotomayor.

Marion Dry of Winchester, Mass., is a celebrated concert and opera singer and faculty emeritus at Wellesley College who has devoted her energy, expertise, and vision to serve the alumni community. A dynamic convener known for her creativity and talent for harmonious collaboration, she has nurtured bonds among her classmates and inspired them to get involved in alumni activities for the public good.

An enthusiastic volunteer leader of the Harvard-Radcliffe Class of 1973, Dry co-founded and chairs ClassACT HR73 (Class Achieving Change Together), a nonprofit service initiative that addresses local, national, and international issues and actively works to support democracy around the world. ClassACT HR73 created the Benazir Bhutto ’73 Leadership Program, sponsoring a Harvard Kennedy School fellowship for mid-career leaders from predominantly Muslim countries. Dry has been active in reunion planning and fundraising for her class for many years, including as a member of the 1973 Gift Committee and co-chair of her 30th reunion.

A contralto, Dry has performed with major opera companies and orchestras in the United States and Europe, including the Netherlands Opera, the Cleveland Orchestra, National Symphony of Panama, National Symphony of the Ukraine, and the Boston Pops. She is the former director of the music performance program at Wellesley College, where she served as senior music faculty in voice.

Roger A. Fairfax Jr. of Washington, D.C., is an eminent legal scholar, educator, and advisor to corporate and nonprofit leaders and policymakers at the local, state, and national levels. Committed to public service, he engages in pro bono work, and he has advanced diversity, equity, and inclusion efforts throughout higher education and the legal profession.

An invaluable contributor to the alumni community, he has been a member of the HAA Committee to Nominate Overseers and Elected Directors and a board member of the Harvard Club of Washington, D.C. He previously served as an HAA elected director, treasurer and member-at-large on the HAA executive committee, and an alumni interviewer. During his tenure as treasurer, he chaired a task force focused on strategic planning.

Fairfax is dean of the American University Washington College of Law and was formerly senior associate dean and professor of law at George Washington University. He previously served as an honors program federal prosecutor at the U.S. Department of Justice and as an attorney in private practice.

An elected member of the American Law Institute and an American Bar Foundation Fellow, Fairfax serves on the board of the National Institute for Trial Advocacy and on the Judicial Conference of the United States Advisory Committee on Criminal Rules.

Marlene Rehkamp O’Brien of Wellesley, Mass., is an esteemed lawyer and writer who works to uphold democracy and empower women in civic life.

O’Brien is a resolute leader of alumni activities encompassing Harvard and Radcliffe, including as president of the Radcliffe Club of New York, vice president of the Radcliffe College Alumnae Association (RCAA), member of the HAA board of directors, and longtime alumna interviewer. As a member of the Harvard Club of Boston board of governors, she founded a popular and enduring faculty series and expanded the annual Saturday of Symposia.

O’Brien led efforts for Harvard class reunion and Radcliffe gift committees, including co-chairing her 40th reunion committee and 25th reunion chief marshal selection committee. She has received awards for distinguished service from Radcliffe College, the RCAA, the Harvard Club of Boston, and the Harvard Radcliffe Institute.

Former director of the national League of Women Voters (LWV), chair of the Massachusetts LWV’s governance committee, and president of the Wellesley LWV, O’Brien has led nonpartisan efforts on ethics, conflicts, accountability, campaign finance, taxation, energy, and women’s and children’s issues. In New York, she served as a federal tax lawyer at a Wall Street firm and senior legal advisor to Democratic and Republican elected officials.

O’Brien founded a Christmas gift program that has benefitted thousands of children living in Lawrence, Mass.

Margaret M. Wang of the Republic of Singapore and New York, N.Y., is an empathetic and authentic leader dedicated to bringing people together to innovate, build relationships, and drive collective impact.

Deeply involved with alumni activities since her graduation, including numerous leadership roles on the HAA board of directors, she served as HAA president in 2018–2019, believed to be the youngest person ever to hold the position. During her term, she focused on deepening meaningful intergenerational and global relationships through openness and vulnerability.

Now a past president director on the HAA board, she has served on the HAA Committee to Nominate Overseers and Elected Directors, the Harvard College Fund Associates Committee, and on her class reunion and gift committees. She currently serves on the Office of the Arts Steering Committee for Strategic Planning as well as on the board of trustees for the Harvard Club of New York City.

Wang is head of the Singapore office of Bridgewater Associates, as well as chief representative of its Beijing office. Prior to these roles she launched Bridgewater’s Shanghai office and fund. She holds an M.B.A. from Stanford where she is also an active volunteer.

A strong supporter of the arts, she serves on the board of Creative Time, a New York-based nonprofit arts organization supporting socially engaged public artwork.