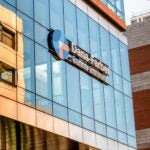 The Board of Trustees of the John Simon Guggenheim Memorial Foundation has awarded Guggenheim Fellowships to a diverse group of 175 writers, scholars, artists, and scientists. This year, two Harvard professors were awarded fellowships.

Architect Dilip da Cunha of Philadelphia is a lecturer in urban planning and design at the Harvard Graduate School of Design and an adjunct professor of architecture at Columbia University. His 2019 book, “The Invention of Rivers: Alexander Eye and Ganga Descent,” makes the case that the river is a product of design made possible by the drawn line separating land from water. He is currently working on a sequel and an exhibition titled “The Ocean of Rain,” which presents rain as an alternative moment of design to river landscapes.

This year’s fellows were drawn from 53 scholarly disciplines and artistic fields, 78 academic institutions, 31 states and Washington, D.C., and two Canadian provinces. About 60 fellows have no full-time college or university affiliation. Appointed on the basis of prior achievement and exceptional promise, the successful candidates were chosen through a rigorous peer-review process from almost 3,000 applicants in the foundation’s 96th competition.

Since its establishment in 1925, the John Simon Guggenheim Memorial Foundation has granted more than $375 million in fellowships to over 18,000 individuals, among whom are scores of Nobel laureates, Fields Medalists, poets laureate, members of the national academies, winners of the Pulitzer Prize, Turing Award, Bancroft Prize, National Book Award, and many other internationally recognized honors.

Created by Sen. John Simon and Olga Guggenheim in memory of their son, the Guggenheim Fellowship program remains a significant source of support for artists, scholars in the humanities and social sciences, and scientific researchers. In addition to the support of Simon and Guggenheim, new and continuing donations from friends, trustees, former fellows, and other foundations have ensured that the John Simon Guggenheim Memorial Foundation will maintain its historic mission. A bequest in 2019 from the estate of American novelist Philip Roth, a fellow in 1959, is providing partial support for the writers supported by the foundation.