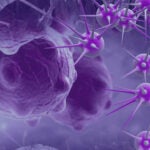 Experts offer some tips on how to do better with getting enough rest, the first being admitting there’s a problem

The first in a series of pieces about resetting aspects of our lives for a healthier new year.

Most people are not getting enough sleep, specialists say, and the problems that result are apparent — and potentially serious.

Medical help may be required in more chronic, extreme cases that stem from a sleep disorder. But for those whose problems stem from long hours at work, family obligations, or perhaps just reading, listening, or watching too late into the night there are some simpler fixes that involve better regulation of sleep habits and taking advantage of opportunities to catch up a bit on weekends, for instance. But, as is often the case with many problems rooted in behavior, the first step is acknowledging the problem.

Numerous studies have shown that most of us don’t sleep enough to be rested and that long-term deprivation carries significant health ills. But while most of us understand that adequate rest is an important factor in personal health, we still treat a good night’s sleep as a luxury — even an oddity — settling instead for what we’ve convinced ourselves is enough to “get by.”

But it’s probably not, Klerman said. What’s more likely is that we’re tired despite what we tell ourselves. Klerman and Roenneberg say the best strategy is to get enough rest each night, but for those who regularly work long days, play at night, and juggle family and other obligations, the weekends can offer an important respite, a sleep oasis to crawl toward.

“If you fall asleep the minute your head hits the pillow, you’re not getting enough sleep.”
— Elizabeth Klerman, professor of neurology

While catching up on lost sleep isn’t a mathematical exercise, Roenneberg said sleeping in for a couple of mornings can nonetheless be an important way to put a dent in your sleep debt.

And Klerman is certain the debt exists. Several years ago, she conducted a study at Brigham and Women’s Hospital that highlighted how, even if we sleep enough to be reasonably alert at work and not let important things slide at home, we’re still not well-rested.

Klerman and colleagues surveyed subjects on sleep habits and their beliefs about how much sleep they need. They then slept that amount each night for the week before coming to the lab. On the first day there, they were given the chance to nap five times during the day in what’s called a “multiple sleep latency test” in which each subject was given 20 minutes to fall asleep. Nearly every participant fell asleep every time, with those claiming to need the least sleep nodding off fastest.

Next, the research team gave the subjects 16 hours of “sleep opportunity” per day: 12 hours at night and a four-hour nap. This “opportunity” meant being in bed, lights off, no books, no phone, no getting out of bed. On the first night, the supposedly rested participants slept an average of about 12½ hours. On the second night it was approximately 11 hours. After five days, subjects stabilized at an average of about eight hours, with younger ones a little more, older a little less. Then, they repeated the five-nap latent sleep test. This time, almost nobody fell asleep.

“There’s a disconnect between how alert people feel and how much sleep they get,” Klerman said. “I’m not saying everybody should sleep 12½ hours a night — there was catch-up sleep in there. But in order to get eight hours of sleep, you need to be in bed for more than eight hours. And if you fall asleep the minute your head hits the pillow, you’re not getting enough sleep.”

Depending heavily on weekend sleep, however, can be complicated because there’s another factor at play besides simple deprivation. The term “social jet lag” was coined by Roenneberg, who was visiting Boston in December, to illustrate the effect of staying up hours later than normal on Friday and Saturday nights and waking up later on Saturday and Sunday mornings.

Roenneberg said social jet lag’s effect on some people’s body clocks is akin to flying from Frankfurt to New York every Friday and back again on Monday. This social jet lag occurs because people’s work schedules may not be aligned with their internal body clock’s preferred schedule, especially those “late types” who naturally stay up later and rise later, like adolescents. When people aren’t required to get up for work or school, they go to bed later and sleep later and longer.

Keeping a more regular schedule is optimal, but the extra sleep still is not a bad thing.

“We encourage people to get more sleep on nights when they don’t have work or school the next day, if possible, since most people are not getting enough sleep overall,” Klerman said. “Don’t worry about whether your sleep schedule is regular if you’re not usually getting enough sleep.”

It’s easy to spot signs you’re not sleeping enough, Klerman and Roenneberg said. If you need an alarm clock to wake up — 85 percent of us do — or fall asleep as soon as your head hits the pillow, or need naps during the day, it’s time to re-evaluate your habits. And, Klerman said, if you wake up tired after eight hours’ sleep, your bedpartner says you snore loudly, stop breathing during sleep, or kick at night, it is time to consult a sleep clinic.

“If you have enough sleep — and you don’t have a sleep disorder — you shouldn’t fall asleep during the day,” Klerman said. 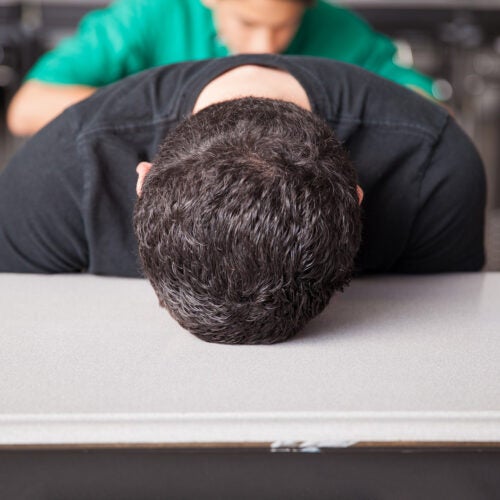 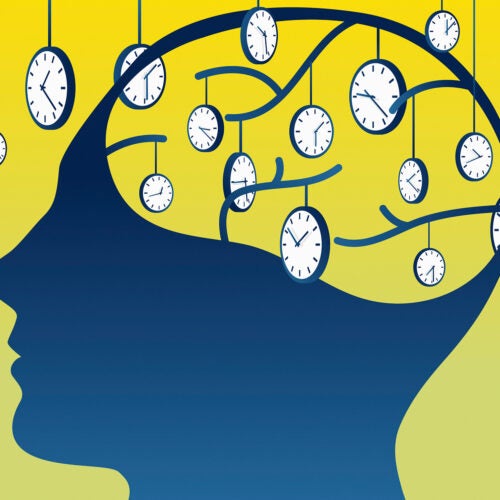 Siren call of daylight saving must be resisted, scientists say