They can think, feel pain, love. Isn’t it time animals had rights? 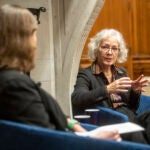 Animals are in trouble all over the world. Our world is dominated by humans everywhere: on land, in the seas, and in the air. No non-human animal escapes human domination. Much of the time, that domination inflicts wrongful injury on animals: whether through the barbarous cruelties of the factory meat industry, through poaching and game hunting, through habitat destruction, through pollution of the air and the seas, or through neglect of the companion animals that people purport to love.

In a way, this problem is age-old. Both Western and non-Western philosophical traditions have deplored human cruelty to animals for around two millennia. The Hindu emperor Ashoka (c. 304–232 bce), a convert to Buddhism, wrote about his efforts to give up meat and to forgo all practices that harmed animals. In Greece the Platonist philosophers Plutarch (46–119 ce) and Porphyry (c. 234–305 ce) wrote detailed treatises deploring human cruelty to animals, describing their keen intelligence and their capacity for social life, and urging humans to change their diet and their way of life. But by and large these voices have fallen on deaf ears, even in the supposedly moral realm of the philosophers, and most humans have continued to treat most animals like objects, whose suffering does not matter — although they sometimes make an exception for companion animals. Meanwhile, countless animals have suffered cruelty, deprivation, and neglect.

Today, we have, then, a long-overdue ethical debt: to listen to arguments we have refused to hear, to care for what we have obtusely ignored, and to act on the knowledge of our bad practices that we can so easily attain. But today we have reasons humans never had before to do something about human wrongs to animals. First, human domination has increased exponentially in the past two centuries. In Porphyry’s world, animals suffered when they were killed for meat, but up to that point they lived pretty decent lives. There was no factory meat industry that, today, breeds these animals as if they were just meat already, confining them in horrible conditions, cramped and isolated, until they die before ever having decently lived. Animals were long hunted in the wild, but for the most part their habitats were not taken over for human dwellings or invaded by poachers seeking to make money from the murder of an intelligent being, an elephant or a rhinoceros. In the seas, humans have always fished for food, and whales have long been hunted for their commercial value. But the sea was not full of plastic trash that entices animals to dine on it, and then chokes them to death. Nor did companies drilling for undersea oil create noise pollution everywhere (drilling, air bombs used to chart the ocean’s floor), making life increasingly difficult for social creatures whose sense of hearing is their primary mode of communication. Birds were shot for food, but those who escaped did not choke on air pollution or crash fatally into urban skyscrapers, whose lights entice them. In short: the scope of human cruelty and neglect was relatively narrow. Today new forms of animal cruelty turn up all the time — without even being recognized as cruelty, since their impact on the lives of intelligent beings is barely considered. So we have not just the overdue debt of the past, but a new moral debt that has increased a thousandfold and is continually increasing. 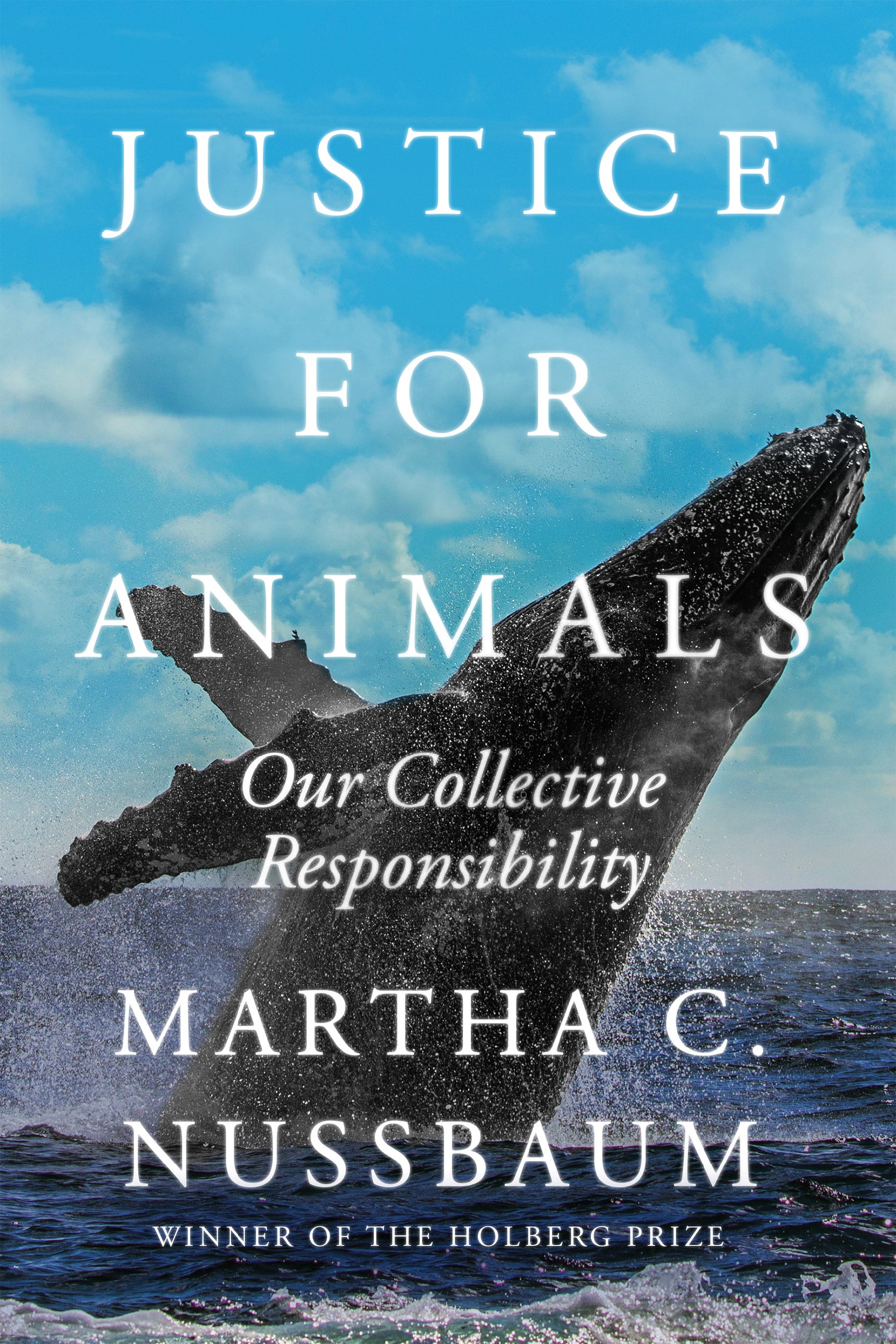 Because the reach of human cruelty has expanded, so too has the involvement of virtually all people in it. Even people who do not consume meat produced by the factory farming industry are likely to have used single-use plastic items, to use fossil fuels mined beneath the ocean and polluting the air, to dwell in areas in which elephants and bears once roamed, or to live in high-rise buildings that spell death for migratory birds. The extent of our own implication in practices that harm animals should make every person with a conscience consider what we can all do to change this situation. Pinning guilt is less important than accepting the fact that humanity as a whole has a collective duty to face and solve these problems.

So far, I have not spoken of the extinction of animal species, because this is a book about loss and deprivation suffered by individual creatures, each of whom matters. Species as such do not suffer loss. However, extinction never takes place without massive suffering of individual creatures: the hunger of a polar bear, starving on an ice floe, unable to cross the sea to hunt; the sadness of an orphan elephant, deprived of care and community as the species dwindles rapidly; the mass extinctions of song-bird species as a result of unbreathable air, a horrible death. When human practices hound species toward extinction, member animals always suffer greatly and live squashed and thwarted lives. Besides, the species themselves matter for creating diverse ecosystems in which animals can live well.

Extinctions would take place even without human intervention. Even in such cases we might have reasons to intervene to stop them, because of the importance of biodiversity. But scientists agree that today’s extinctions are between one thousand and ten thousand times higher than the natural extinction rate. (Our uncertainty is huge, because we are very ignorant of how many species there actually are, particularly where fish and insects are concerned.) Worldwide, approximately one-quarter of the world’s mammals and over 40 percent of amphibians are currently threatened with extinction. These include several species of bear, the Asian elephant (endangered), the African elephant (threatened), the tiger, six species of whale, the gray wolf, and so many more. All in all, more than 370 animal species are either endangered or threatened, using the criteria of the US Endangered Species Act, not including birds, and a separate list of similar length for birds. Asian songbirds are virtually extinct in the wild, on account of the lucrative trade in these luxury items. And many other species of birds have recently become extinct. Meanwhile, the international treaty called CITES that is supposed to protect birds (and many other creatures) is toothless and unenforced. The story of this book is not that story of mass extinction, but the sufferings of individual creatures that take place against this background of human indifference to biodiversity.

“The extent of our own implication in practices that harm animals should make every person with a conscience consider what we can all do to change this situation.”

There is a further reason why the ethical evasion of the past must end now. Today we know far more about animal lives than we did even 50 years ago. We know much too much for the glib excuses of the past to be offered without shame. Porphyry and Plutarch (and Aristotle before them) knew a lot about animal intelligence and sensitivity. But somehow humans find ways of “forgetting” what the science of the past has plainly revealed, and for many centuries most people, including most philosophers, thought animals were “brute beasts,” automata without a subjective sense of the world, without emotions, without society, and perhaps even without the feeling of pain.

Recent decades, however, have seen an explosion of high-level research covering all areas of the animal world. We now know more not only about animals long closely studied — primates and companion animals — but also about animals who are difficult to study — marine mammals, whales, fish, birds, reptiles, and cephalopods.

We know — not just by observation, but by carefully designed experimental work — that all vertebrates and many invertebrates feel pain subjectively, and have, more generally, a subjectively felt view of the world: the world looks like something to them. We know that all of these animals experience at least some emotions (fear being the most ubiquitous), and that many experience emotions like compassion and grief that involve more complex “takes” on a situation. We know that animals as different as dolphins and crows can solve complicated problems and learn to use tools to solve them. We know that animals have complex forms of social organization and social behavior. More recently, we have been learning that these social groups are not simply places where a rote inherited repertory is acted out, but places of complicated social learning. Species as different as whales, dogs, and many types of birds clearly transmit key parts of the species’ repertoire to their young socially, not just genetically.

What are the implications of this research for ethics? Huge, clearly. We can no longer draw the usual line between our own species and “the beasts,” a line meant to distinguish intelligence, emotion, and sentience from the dense life of a “brute beast.” Nor can we even draw a line between a group of animals we already recognize as sort of “like us” — apes, elephants, whales, dogs — and others who are supposed to be unintelligent. Intelligence takes multiple and fascinating forms in the real world, and birds, evolving by a very different path from humans, have converged on many similar abilities. Even an invertebrate such as the octopus has surprising capacities for intelligent perception: an octopus can recognize individual humans, and can solve complex problems, guiding one of its arms through a maze to obtain food using only its eyes. Once we recognize all this we can hardly be unchanged in our ethical thinking. To put a “brute beast” in a cage seems no more wrong than putting a rock in a terrarium. But that is not what we are doing. We are deforming the existence of intelligent and complexly sentient forms of life. Each of these animals strives for a flourishing life, and each has abilities, social and individual, that equip it to negotiate a decent life in a world that gives animals difficult challenges. What humans are doing is to thwart this striving — and this seems wrong.

But even though the time has come to recognize our ethical responsibility to the other animals, we have few intellectual tools to effect meaningful change. The third reason why we must confront what we are doing to animals now, today, is that we have built a world in which two of humanity’s best tools for progress, law and political theory, have, so far, no or little help to offer us. Law — both domestic and international — has quite a lot to say about the lives of companion animals, but very little to say about any other animals. Nor do animals in most nations have what lawyers call “standing”: that is, the status to bring a legal claim if they are wronged. Of course, animals cannot themselves bring a legal claim, but neither can most humans, including children, people with cognitive disabilities — and, to tell the truth, almost everybody, since people have little knowledge of the law. All of us need a lawyer to press our claims. But all the humans I have mentioned — including people with lifelong cognitive disabilities — count, and can bring a legal claim, assisted by an able advocate. The way we have designed the world’s legal systems, animals do not have this simple privilege. They do not count.

Law is built by humans using the theories they have. When those theories were racist, laws were racist. When theories of sex and gender excluded women, so too did law. And there is no denying that most political thought by humans the world over has been human-centered, excluding animals. Even the theories that purport to offer help in the struggle against abuse are deeply defective, built on an inadequate picture of animal lives and animal striving. As a philosopher and political theorist who is also deeply immersed in law and law teaching, I hope to change things with this book.