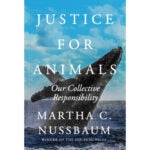 They can think, feel pain, love. Isn’t it time animals had rights?

Pregnant patients in El Salvador, who, under the nation’s abortion ban, had no choice but to carry fetuses with severe malformations to term, experienced high rates of maternal morbidity, according to new research by Harvard sociologist Jocelyn Viterna and two partner Salvadoran physicians. The study, which examined 239 pregnancies with one of 18 malformations typically considered fatal between 2013 and 2018, appears in the American Journal of Obstetrics and Gynecology Global Reports.

In explaining why they took up their research, Viterna and co-authors Carolina Mena Ugarte and María Virginia Rodríguez Funes, wrote that a “striking number of national and subnational governments that previously allowed legal abortion in cases of severe fetal anomaly” had passed laws to remove the allowances, but that little was known about the maternal health implications.

Viterna, who has spent nearly 10 years researching reproductive justice in the small Central American country, says she sees some parallels between issues raised by the research in El Salvador and those arising in the U.S. as several states have tightened restrictions on abortion after the Supreme Court overturned the landmark Roe v. Wade decision. In both countries, doctors are forced to follow a course of care that elevates the risk of health complications for pregnant patients to protect themselves from prosecution, she said.

“The more time I spend working on cases in El Salvador, the more I’m convinced that we cannot legislate abortion,” said Viterna, a professor of sociology. “There’s no way to legally define viability. There’s no way to legally define the exact moment when a woman’s life is in danger or not. Pregnancy on its own is high-risk. Anytime someone is pregnant, it brings risks to the health and to the life of the pregnant person.”

Like many Latin American nations, El Salvador banned abortion except in three scenarios: when the life of the mother was at risk, when the fetus had an anomaly incompatible with life, or if the pregnancy was the result of rape. That changed in the 1990s, when the anti-abortion movement in the heavily Catholic nation began to press for major changes. Abortion became illegal in all circumstances in 1998.

The study was sparked by conversations Viterna had with Mena, who expressed frustration over the lack of research into the effects of fatal fetal malformations on maternal health.

“Her sense was that pregnant women were suffering significant health costs, both physical and psychological, by being required to carry to term nonviable pregnancies,” the sociologist said. The research tested Mena’s hypothesis, and found high rates of negative health outcomes across the entire study population.

“The more time I spend working on cases in El Salvador, the more I’m convinced that we cannot legislate abortion.”
— Jocelyn Viterna, professor of sociology

After examining six years of cases at the National Women’s Hospital in the capital city of San Salvador, the researchers found that there was at least one serious pregnancy-related health complication in 54.9 percent of the cases that involved severe fetal malformations. Additionally, 47.9 percent required physically invasive medical procedures — including fetal head decompressions, decompression amniocenteses, cesarean deliveries, and a hysterectomy — to manage complications.

Overwhelmingly, the cases involved individuals who were low-income, poorly educated, and young. Nearly 40 percent were first pregnancies, and 75 percent were unplanned, she said. Pregnant people with financial resources in El Salvador typically do not seek health care at the public National Women’s Hospital, opting instead for private providers.

The researchers also discovered a range of clinical treatments within the same institution, which suggests physicians interpreted the abortion ban differently. Physicians defied the law in 10 cases, and induced labor in those patients before the pregnancy reached 37 weeks (full term). In 21 cases, doctors did not induce early and went as far as treating the fetus as viable even though it had been diagnosed with a fatal malformation. Pregnant patients in 21 cases discontinued treatment after receiving the diagnosis of fatal fetal malformation.