A more expansive view of the best deal for you 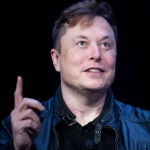 Does your gender influence your salary ask when negotiating a new job, or your manager’s expectations when it comes to tasks above and beyond your defined role? These questions and others — including how race and sexual preference affect office life — inspired a semester-long seminar organized by the Kennedy School’s Women and Public Policy Program.

“There is a growing realization that when we talk about ‘gender’ in an abstract way, without considering intersectional identities, we’re very often talking about white, privileged, heteronormative men and women,” said program co-director Hannah Riley Bowles, whose Sept. 19 presentation, “When Gender Matters in Negotiation,” kicked off “Intersectional Perspectives on Gender & Negotiation,” which wrapped up last month.

“My aim is not to limit the conversation in that way but to think about how intersecting identities may influence behavior and outcomes,” she said.

Riley Bowles is the Roy E. Larsen Senior Lecturer in Public Policy and Management at the Kennedy School and also a co-director of the School’s Center for Public Leadership. Her recent research “When Gender Matters in Organizational Negotiations,” published in January in the Annual Review of Organizational Psychology and Organizational Behavior, served as the inspiration and guiding force of the seminar series.

The paper was co-authored by Bobbi Thomason of Pepperdine University and Harvard’s Inmaculada Macias-Alonso.

Riley Bowles said that now, more than ever, a diverse group of scholars is looking at how gender and other characteristics influence expectations, behavior, and outcomes in office negotiations. This has prompted an examination of how gender and other intersecting identity traits, including race, sexual orientation, age, and regional culture, can impact formal negotiations, as with a hiring manager over a job offer, and everyday problem-solving involving role or workload.

“When we’re just talking about gender, we don’t think about these contextual considerations of these intersectional effects very often,” Riley Bowles said. “There’s so many people right now paying attention to gender — this is that moment to harness that and say, ‘Yes, and wait a minute.’”

One scholar paying close attention is Sreedhari Desai of the University of North Carolina. Her research has looked at how male and female negotiators are treated at the bargaining table based on whether they are perceived to be heterosexual or homosexual. Desai shared her work with seminar participants on Sept. 26.

The final presentation in the series, on Nov. 21, was by Laurie Weingart, a professor of organizational behavior and theory at Carnegie Mellon and the author of “The No Club: Putting a Stop to Women’s Dead-End Work.” Her talk explored what is negotiable in a workplace, with special focus on “non-promotable tasks.”

Weingart noted that the average workday includes a range of tasks that fall outside an employee’s job description: Who will run the subcommittee? Who will organize the office party? Who’s going to onboard the new project manager? Women step into these roles at a far higher rate than their male counterparts, her research shows. Sometimes they are asked to take on the extra work, but they also volunteer at higher rates thanks to societal expectations.

“Subjective inferences” lead people to “rely on their past experience and gendered schema and norms within the environment,” Weingart said.

How to initiate change? Organizations worried about inequity should set clear expectations, enforce standards, and commit to robust incentives that advance goals.

“If our organization’s goals and mission include, for example, diversity, equity, inclusion and belongingness, let’s think about how we reward that work,” Weingart said.

Additionally, for those looking to learn more about reforming the gender dynamics in their workplaces, Riley Bowles has translated her research into teaching materials called the Negotiate WELL collection, which includes a workbook, videos, slides, background readings, and notes on how to teach and learn about gender and career negotiations.