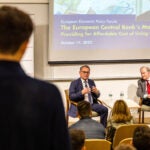 For many that’s fine, Lisa Berkman says, but nation needs fix for surprising number who are out of work earlier than expected

As life expectancy has grown, so have rosy expectations of longer retirements. But new research suggests the reality is far more complicated.

Lisa Berkman, director of Harvard’s Center for Population and Development Studies, led a team that studied the issue in a Sloan Foundation-sponsored project and produced the recent book, “Overtime: America’s Aging Workforce and the Future of Working Longer.” The collected articles, co-edited by Berkman and Beth Truesdale, a researcher at the Upjohn Institute for Employment Research and a visiting scholar at the Harvard Population Center, examine the push to work longer — coming both from retirement programs like Social Security and from the pressure exerted by personal finances — so that people ensure they have enough to last the years. We talked to Berkman about the findings. The interview has been edited for clarity and length.

Gazette: What challenges do we, both as a society and as individuals, face as people enter a retirement that can last decades rather than years?

Berkman: For a long time, we assumed that working longer was the solution, and that most people can do that because life expectancy is longer. Then we realized we had an enormous undercount of the people who aren’t employed and who aren’t in the employment statistics. We asked ourselves at the end of the Sloan Foundation project on working longer, “Who haven’t we counted? Who hasn’t been in all the numbers and all the retirement projections?” And we realized it’s all the people who’ve dropped out of the workforce in their 50s or early 60s. And — if their life expectancy is about 76 for men and 81 for women, with around a 10-year span between those with the highest incomes and lowest — they rarely have the financial wherewithal to live for decades beyond their working years or, conversely, they may not live long enough to obtain full Social Security benefits. So this idea of financial security for many workers in retirement is not really sustainable because so many people are actually unable to work longer. That was the “aha moment” of our project, discovering that many, many people won’t be able to work even into their 60s, never mind into their late 60s.

“This birth cohort — the people turning 40 or 50 now — are actually in worse health than the people who were born a decade or two earlier were when they were in their 40s and 50s.”

Gazette: How important is recognizing the heterogeneity of the workforce?

Berkman: Heterogeneity is fundamental to the challenge of working longer. It involves two elements, one of which is that we don’t count people in employment statistics who are not looking for employment. So, people who’ve dropped out of the labor force much earlier are undercounted. They’re almost invisible. And second of all, that non-workforce is patterned by huge economic and educational gradients, so that the people who are most likely to drop out of the workforce are people with less education, in more physically demanding jobs, in less secure and more precarious jobs. And that just produces more inequality.

Gazette: And part of the issue isn’t just that these people are not working. It’s also that there’s a lot of them. Is that right?

Gazette: So this calls into question the belief that we’re living longer; we’re healthy longer, and can just work longer to afford our lengthy retirements?

Berkman: This birth cohort — the people turning 40 or 50 now — are actually in worse health than the people who were born a decade or two earlier were when they were in their 40s and 50s. But the surprising thing was that people dropping out of the workforce for health conditions accounted for only a part of the job loss. There are at least two other reasons that account for a lot. One of them is caregiving and family dynamics. This was especially true during COVID, when people had to take care of elders or their partners or their children. Caregiving takes a big chunk out of the capacity of people to work steadily through their 50s. The other thing is the nature of work itself. Good jobs are really essential. They give more schedule control, more workplace flexibility, less precarity. So, it’s the nature of the job, caregiving, and health losses in this next generation of middle-aged workers that raise concerns. Those things count for a lot of the job loss, and health is not the only driver here.

Gazette: Is there a solution?

Berkman: One has to do with creating “good” jobs way before retirement. We have to think about good jobs for people in their 40s and 50s if we want people to stay in the labor force. We have to create working conditions today that will enable people to stay in the workforce, even if they have health problems or caregiving responsibilities. That balance between work and life or work and family is really essential. The second bucket is: “What can we do about retirement?” Working conditions alone won’t save us from thinking about retirement policies. One thing we say repeatedly in the book is that “labor policy is retirement policy.” These two things are flip sides of the same coin. We need to address both sets of policies.

Gazette: What are some specifics of the policies that would make work better, and so retirement better?

Berkman: Our workplace policies are defined by three characteristics that we think can be improved. One of them is schedule control. Control of working hours turns out to be very, very important. Lots of countries have rules that include things like paid sick leave, flexible and part-time work, regular schedules that enable people to have more control over their schedules. In an intervention done at The Gap, colleagues in Chicago showed that giving workers more predictability and some capacity to define when they needed to go home, to have schedules a week ahead — not just-in-time schedules — helps workers stay on the job and improves productivity. Not all of our good jobs policies may be good for the bottom line, but a fair number of them may be. We really want to learn more about when do those things go hand-in-hand and when do they diverge? When do good jobs actually cost more?

Gazette: What about unionization?

Berkman: Collective action and worker voice is very important. It takes the form of unionization in many organizations, and certainly that’s one option. And there are other ways to give people worker voice. There are many ways of organizing work so that teams have more voice about how work is organized and many of these practices work really well. Some of them have to do with developing systems for negotiations between managers and employees. Some of them have to do with employees coordinating among themselves to do workplace redesign. So, schedule control, job demands, and what we’re calling social relationships — collective action and worker voice — are three elements that are really important to creating good jobs. These changes address the labor side of our equation. We also need solutions to financial security once workers leave the workforce.

Gazette: Is there a deadline for some of these issues to be resolved, with respect to Social Security and solvency?

Berkman:  The clock started ticking a long time ago, but it’s never too late to fix things. One important thing to know is that nobody is threatened with not getting Social Security. The issue is whether there will be a reduction in benefits or a delay in retirement. So, one option is to fix Social Security, and there are several options other than working longer. The second is to create universal, portable retirement savings plans. People should be incentivized to save steadily; their employer should be incentivized to give steadily; and their retirement savings plans need to be able to travel with them. The other thing that’s important is Social Security Disability Insurance. If we enable more people to be on disability insurance and still work for a number of hours — they could work and continue to contribute — that would be an optimal solution. There is mixed evidence about how to go about this efficiently. Some policies like disability insurance could help people work part-time if they have a disability. How can we help people when they’re injured or they’re too ill to stay in the workforce by giving them the time they need to recuperate and not lose their job? Leave policies may be able to address this effectively and maintain labor force attachment.

Gazette: Some of these may require policy changes. How confident are you that these will make any progress in this political environment?

Berkman: That’s a huge challenge. There are Social Security solutions — like raising the contribution cap for people past a certain income — that have more bipartisan support. And some of the family policies can be framed as pro-family so have the capacity to be bipartisan. We also need to think about both private sector and public sector solutions. Many CEOs know they’re confronting problems of mental health, of job turnover, of absenteeism. They may think that wellness programs will be the solution, but how work is organized is fundamental to the solution. Companies think about workplace organization all the time, they just don’t think about it in terms of producing health for workers. So, we need not only a bipartisan political solution; we need a public and private sector solution. 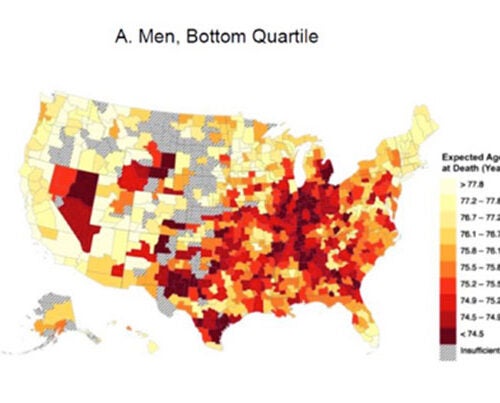 'You might expect two or three years of life differential ... but 10 or 15 years … it’s an immense difference' 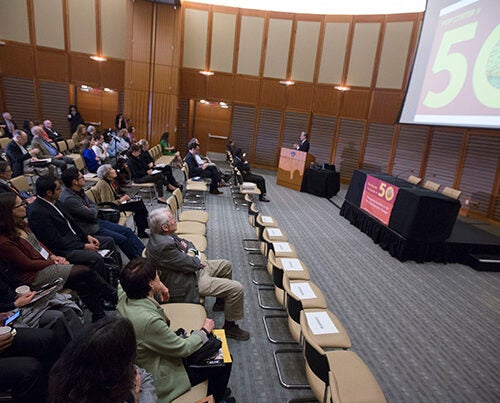 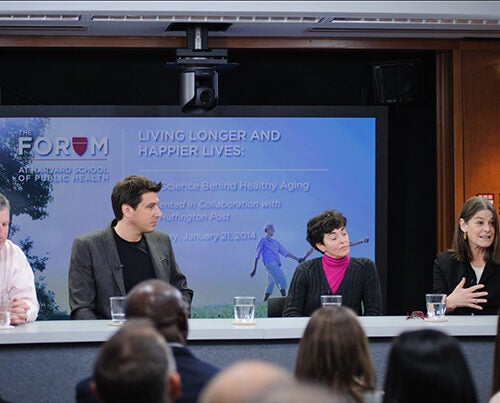 Trim the weight, expand your education, and enjoy your job, analysts suggest