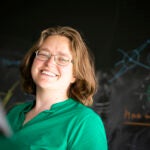 Revenues and expenses at Harvard increased significantly in the last fiscal year, a result of the return to campus of students, faculty, and staff at levels not seen since the pandemic shutdown in 2020, according to the University’s annual financial report, released today. The document also showed that the endowment posted its first negative return in five years in that same period. The Gazette spoke with Executive Vice President Meredith Weenick and Chief Financial Officer and Vice President for Finance Tom Hollister to learn more about the budget results, endowment returns, investments in key initiatives, and how they are planning for economic headwinds. This interview was edited for clarity and length.

GAZETTE: This year the University reported a $406 million operating surplus on a $5.8 billion budget. Prior to that Harvard saw two consecutive years of falling revenue, the first time that’s happened since the Great Depression of the 1930s. How did the University manage to avoid another tough revenue year?

WEENICK: Every year of the pandemic has thrown us unique curveballs, both financial and operational. As pandemic conditions eased and our management of COVID operations strengthened, we saw revenues and expenses exceed pre-pandemic levels for the first time. We’re proud of the team’s strong management and the collective effort by the community during fiscal year 2022.

HOLLISTER: As Meredith suggested, we’re fortunate, at this moment, to be in a sound financial condition. More importantly, Harvard is invigorated and advancing both academically and in research. As I reflect on the challenges that Meredith mentioned, I think I would point to our community response. Early in the pandemic, in April 2020, President [Larry] Bacow, Provost [Alan M.] Garber, and former Executive Vice President [Katie] Lapp made the health and safety of all students, faculty, and staff the first priority, the second priority to do everything we could to maintain the excellence of Harvard’s mission, and third, to recognize that Harvard is its people. These priorities provided the guidance for our decisions and actions.

GAZETTE: In the last fiscal year, we saw a surge of life come back to campus. What was the impact of that surge and how has Harvard been supporting those students?

WEENICK: It’s important to remember that we started the academic year 2021-2022 still in the middle of the pandemic. So, when we invited the community back to campus, what we saw was this unprecedented surge in students because of deferrals, coupled with the eagerness of the world to return to normal despite the ongoing pandemic. It required significant planning on the part of Schools, University Health Services, and Environmental Health and Safety to ensure that the return to campus be done safely. But I think the experience for our students, our faculty, and our staff was an incredibly positive one, and one that we should be very proud of, despite the many challenges that we faced throughout the year.

HOLLISTER: The number of matriculating students was the largest in Harvard’s history. At its highest point, there were over 25,000 students enrolled this past year, and that density and increased on-campus activity contributed to the surge in revenues. Prior to this year, we had two consecutive years of declining revenues, which combined was about a 5 percent reduction from pre-pandemic revenue, and this year we bounced back with an 11 percent increase, which can be attributed to room and board, tuition, and all the services that come with having more students, faculty, and staff on campus. Financial aid applied to education revenue increased to $70 million, or 16 percent this past year. Our aid programs enabled access for so many students that would otherwise not been possible. Last year, 55 percent of undergraduates paid on average $16,000 to attend Harvard, and as we announced in March, starting with the class of 2026 year, families with annual incomes of $75,000 or less will not pay anything toward the cost of a Harvard College education.

“It’s a good time to be cautious, and fortunately, this year’s surplus at least allows us to invest in some of the things we’ve been discussing, and set aside some rainy-day reserves, which will be needed, as history repeatedly teaches us.”
— Tom Hollister, chief financial officer and vice president for finance

GAZETTE: Let’s shift to the endowment, which reported a return of -1.8 percent, the first negative return in the past five years, bringing the five-year rolling return to 11 percent. What contributed to the decline?

HOLLISTER: I’m in the odd position of saying that a -1.8 percent return is very good, given the fact the S&P is now down 25 percent from its peak within the last year. Last year’s 34 percent return has obviously been muted by this market reversal, but we are fortunate to benefit from a five-year average return of 11 percent on the endowment. The Harvard Management Company (HMC) continues to wisely manage the endowment so that it can best provide steady, and hopefully increasing, distributions to University budgets in the future. We should thank Narv Narvekar and his colleagues at HMC for their excellent stewardship. I encourage everyone to read Narv’s annual letter in the report for further information on the endowment returns.

GAZETTE: Last year when you sat down with the Gazette, you noted that the year’s financial results were the product of pandemic-induced difficulty and sacrifice. Do you see any remnants of that in this year’s report, as we continue to build back from COVID-19?

HOLLISTER: The past 2½ years have had been very difficult for many people within our community, as COVID disrupted life. But incredibly, and admirably, it did not impede the community from carrying on in the fulfillment of the University’s mission.

WEENICK: Let me add that some of the biggest challenges of the last fiscal year have been the supply chain disruptions that have impeded our operations, as well as the labor market disruptions, which have resulted in vacancies being held for much longer than we would otherwise wish. Combined, those disruptions slow our ability to execute, but I’ll underscore Tom’s point that despite those challenges, much work is getting done on campus; the University is back in full swing; and our research and teaching continues. We’re managing those frictions as we go along, but they have real financial implications in our results.

HOLLISTER: The combination of the temporary boost in revenues along with temporarily suppressed spending drove a significant portion of the $406 million surplus. Peer universities experienced this same phenomenon. It’s important to remember, though, that the $406 million surplus is actually a collection of smaller surpluses across Schools and Units, not one general fund. What we’re observing now, however, is that rather than returning to business as usual, leaders across Harvard have been focused on how we can leverage the near-term boost in financial resources and collective learnings from the past 2½ years with respect to digital pedagogy, student access, dynamic approaches to work, the use of space, travel, and research aimed at solving the world’s challenges.

GAZETTE: What are some areas where you see the University making significant progress and investments on key academic and research priorities?

WEENICK: Investments are being made robustly across campus in all Schools and departments with support from alumni and donors. What we see from an operational perspective is real investment in the mission in all areas. There have been some very significant announcements in the last year, from the Presidential Committee on Harvard and the Legacy of Slavery to the Kempner Institute for the Study of Natural and Artificial Intelligence to the Salata Institute for Climate and Sustainability. We were one of the first organizations to announce the goal to be fossil fuel-neutral by 2026 and fossil fuel-free by 2050, and it’s an area we continue to make investments, with our campus as a living lab where sustainable solutions are put into practice. And one of the most important things about that goal is that it incorporates not just greenhouse gas emissions, but overall health and equity impacts of burning fossil fuels. That is one thing that sets our goal apart from other institutions’ goals. These new investments in our research, teaching, and campus are evidence that the University’s core activities have not slowed.

HOLLISTER: Harvard also continues to lead in this area on HMC’s pledge to make the Harvard endowment net zero for greenhouse gas emissions by 2050. By progressing on making investment decisions that reduce greenhouse gas emissions in our portfolio and drive climate change solutions, we’ve directly tied the University’s welfare and future to climate sustainability.

Aside from climate, the investment list goes on — the future of teaching and learning, quantum and data sciences, not to mention the numerous academic initiatives within each School. We’ve highlighted all those exciting investments, and several others, in the report.

“Investments are being made robustly across campus in all Schools and departments with support from alumni and donors. What we see from an operational perspective is real investment in the mission in all areas.”
— Meredith Weenick, executive vice president

GAZETTE: The outlook for the economy continues to be uncertain as leaders try to tamp down inflation, reset supply chains, and manage a market in bear territory. How does this impact your outlook on finances for the coming year?

HOLLISTER: The healthy surplus makes things appear rosy momentarily, but we have the backdrop of sharp declines in the capital markets, and inflation — not a future threat, but a current reality across our operating and capital costs. At the same time, we want to continue to keep tuition as accessible and affordable as possible. In addition, there is the possibility of a recession, so we could see a single or a double whammy. A recession would put real pressure on the Schools and would ultimately affect every portion of our revenue. It’s a good time to be cautious, and fortunately, this year’s surplus at least allows us to invest in some of the things we’ve been discussing, and set aside some rainy-day reserves, which will be needed as history repeatedly teaches us.

WEENICK: Over the last decade the University has developed strong planning tools that enable us to see the storm winds ahead and adjust as necessary as we go along. We are in a good position with both the reserves that Tom just described, and in the way we understand how specific financial challenges will affect us, our Schools, and our investments. Each complication, whether it’s inflation, the capital markets, supply chain disruption, or otherwise, has its own intervention, and the University is well-positioned to deploy those interventions as we look ahead and better understand the specific challenges. But overall, Harvard has a lot to be proud of in the way that we have managed across the pandemic these last 2½ years.