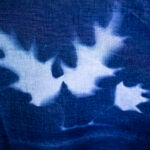 Harvard College has offered admission to 1,214 applicants for the Class of 2026, with 1,954 admitted in total, including those selected in the early action process.

“The Class of 2026 is truly remarkable in every way, and we hope they will choose to come to Harvard in the fall,” said William R. Fitzsimmons, dean of admissions and financial aid. “Beyond their academic and extracurricular accomplishments noted in their applications are the many contributions they made to their families, Schools, and communities during a time of pandemic and economic challenge.”

Reinforcing its commitment to opportunity for all talented students regardless of their economic resources, the University is also announcing a significant expansion of the Harvard Financial Aid Initiative (HFAI) for low- and middle-income families. Beginning with the class admitted this week, the cost to attend Harvard College, which includes tuition, room, board, and all fees, will be free for families with annual incomes below $75,000. This is an increase from the $65,000 annual income threshold in previous years. Nearly a quarter of Harvard College students come from families with incomes under $75,000.

“Harvard continues to make investments in our financial aid program to lessen the enormous pressures that low- and middle-income families face in sending their deserving students to College,” said Claudine Gay, dean of the Faculty of Arts and Sciences. “Education is a source of opportunity, and we will support families seeking to provide the best possible opportunities for their children.”

Harvard’s undergraduate financial aid program continues to benefit from consistent and aggressive investment. Since launching HFAI in 2005, the University has awarded almost $2.9 billion in scholarship aid to undergraduates. During this period, Harvard’s annual financial aid budget has risen more than 190 percent, from $80 million to $235 million in 2022. Beginning in the 2022-2023 academic year, all first-year students from families with incomes below $75,000 with typical assets will also receive a $2,000 start-up grant to help with move-in costs and other expenses incurred in the transition to College. The grant was launched in 2016.

Based on projections, 55 percent will receive need-based grants, allowing aided families to pay an average of $12,700 annually. In addition, 25 percent of students qualified for the HFAI.

“We know that financial aid makes the most fundamental difference for applicants and their families,” said Jake Kaufmann, Griffin Director of Financial Aid. “In increasing the no-contribution level, Harvard is continuing its efforts to open doors to excellent students from around the world.”

In 2020, Harvard further expanded its financial aid program by eliminating the summer work expectation from aid awards beginning in the 2020–21 academic year and replacing it with scholarship funds. Students are not required to take out loans and are only expected to contribute $3,500 through term-time work to meet their estimated personal expenses, including books.

In this application cycle, an estimated 20.5 percent qualified for federal Pell grants, typically awarded to students from lower-income backgrounds. Students who will be in the first generation of their family to graduate from a four-year college or the equivalent represent 20.3 percent of this year’s admitted class.

Harvard’s net-price calculator makes it easy for families to get a sense of the College’s affordability. For students not receiving need-based aid, the total cost of attendance (including tuition, room, board, and fees) is scheduled to increase by 3 percent to $76,763 for the 2022–2023 academic year.

This year’s admitted class, whose members learned of the decisions Thursday evening, hails from all 50 states, the District of Columbia, Puerto Rico, and 98 countries, including the U.S. International students make up 13.9 percent of the class, and 9.3 percent are U.S. dual citizens. About 22.2 percent come from the mid-Atlantic states, 18.2 percent from the South, 16.4 percent from New England, 16.6 percent from Western and Mountain states, 9.8 percent from the Midwest, and 14.9 percent from U.S. territories and abroad.

As the pandemic continues to disrupt high school students’ access to standardized testing, Harvard announced in January 2022 an extension of its test-optional policy, allowing applicants through the Class of 2030 to apply without submitting SAT or ACT scores.

Harvard has continued efforts to recruit U.S. military veterans, working with groups affiliated with the Defense Department and joining the Service to School’s VetLink program in 2017. Eighteen veterans were admitted to this year’s class, and 40 students expressed interest in ROTC.

Harvard College plans to welcome students to campus for an in-person Visitas weekend April 24-25. Harvard will host a number of events designed to welcome the admitted Class of 2026 and introduce them to the College community, as well as to the available resources and opportunities.

Harvard will also continue to host virtual events for students via Crimson Connect, its online platform for the Class of 2026, which will be used throughout the spring to engage with current students, faculty, and staff. Students will receive information about Visitas and Crimson Connect via the Admitted Student Website. In-person Visitas programming will be contingent upon University, local, and state public health guidance. Admitted students will be notified directly of any programming changes.

Staff members of the Griffin Financial Aid office will be available to speak with students and their families this month to help them as they make their final college choices.

Students have until Monday, May 2, to reply to their offers of admission.