Getting schools back to pre-COVID levels misses point, Cardona urges 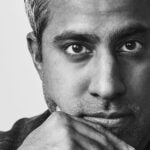 How to protect democracy? Don’t give up on your neighbor.

Schools must strive to do more than to return to the way things used to be after the setbacks caused by the COVID pandemic, U.S. Secretary of Education Miguel Cardona said on Friday. Instead, everyone involved in education — from teachers and administrators to community members and legislators — must harness COVID-era urgency to create a better, more equitable, and more workable system.

“One of my greatest fears is that we go back to how education was in 2020,” said Cardona, specifically a system “that didn’t work for too many students who look like me. Returning to the same system would be failing our students.”

Cardona spoke with Bridget Long, Harvard Graduate School of Education dean and Saris Professor of Education and Economics, in a special session during a daylong convening, “Beyond Recovery: Seizing Opportunities to Transform Education in a Post-COVID Era.” The in-person event, which was also livestreamed, was presented by the Askwith Forum at HGSE.

Speaking at the Askwith Lecture Hall, Cardona acknowledged the vast problems caused by the pandemic, noting “those who were vulnerable were hit the hardest.” However, he pointed out, issues with remote schooling and the drastically lower achievement scores that resulted only highlighted previously existing inequities. “Our education system faced stark inequity in access and opportunity long before the pandemic,” he said. “The pandemic simply deepened the inequities we’ve normalized over decades.”

As schools reopen, however, he sees new opportunities. Citing actions by the Biden administration, notably funding from the American Rescue Plan Act of 2021 (ARPA), Cardona stressed the opportunities that exist to remake a broken system. “The question is: Do we have the will to match the unprecedented resources with unprecedented urgency?”

“One of my greatest fears is that we go back to how education was in 2020,” specifically a system “that didn’t work for too many students who look like me.”
— Miguel Cardona, U.S. Secretary of Education

Challenged by Long to name the changes he considered most critical, Cardona presented a broad list drawn from his recent Road to Success Back to School bus tour of schools in 37 states. Topping that list, he said, are mental health services for both students and educators. Mental health support, he said, “has to be pervasive, not just ‘one more social worker.’”

Next, he said, we need to better connect our educational systems to each other and to the community: linking K–12 schools to two- and four-year colleges, as well as to businesses that can provide further training and employment. To illustrate, he described visiting a community college with many first-generation college students. Many of them, he said, had gotten their first college credits while still in high school, as he himself had done. “I don’t remember what I studied,” he said. More important than the subject matter, he said, “was what I learned about myself. That I could do it. That I belonged there.”

Building on that connection, he stressed the importance of “meaningful and rigorous content” and “elevating the profession of teaching.”

“Teacher shortages are a symptom of a teacher respect issue in this country,” he said. Having begun his career in education as a fourth-grade teacher, Cardona recalled fighting to making sure that teaching was considered a profession. “I’m still battling for that.”

Issues such as low pay not only discourage potential educators, they hinder their professional progress, he said. “How are we valuing educator time?” he asked. “How are we providing pathways for their growth, incentivizing continuing education, when teachers have to work two jobs to survive?

“Pay teachers what they’re worth. Period,” he said to applause.

Long wound up the half-hour event by asking Cardona for final advice for the students and educators watching. He responded with encouragement, a warning, and a challenge.

“You are in the best profession at the best time,” he said. “Don’t let chasing letters after your name or chasing a job take you away from what your passion is. What you’re going into is an extension of who you are. Stay close to your values and your passion, and doors will open.

Urging his audience to embrace “the challenge that we have for this next chapter of education,” he said, “We’re not talking about reopening schools in the height of a pandemic, but the urgency should be just as high. Masks are coming off, and people are going back to the systems that normalized unfairness.

“If we are serious about breaking conventions, then we are going to have to be comfortable fighting systems that are designed for going back to how things were before the pandemic,” he said. “If your job is easy in the next five years you’re not pushing hard enough.”

Cardona concluded with an urgent challenge. “The decisions we make in the next 10 months will determine the appetite for supporting education for the next 10 years.”