Mexico and Colombia recently legalized abortion in landmark rulings that offer a stark contrast to the Dobbs decision that overturned the right to the procedure in the U.S. A recent event at Harvard Law School looked at the three seismic legal shifts and produced insights that could, organizers say, yield lessons for the U.S. abortion rights movement.

Justices Alfredo Gutiérrez Ortiz Mena of the Supreme Court of Mexico and Natalia Ángel Cabo of the Colombian Constitutional Court last week laid out the factors that led to the rulings in their respective countries in a panel on reproductive justice sponsored by the Petrie-Flom Center for Health Law Policy, Biotechnology, and Bioethics at Harvard Law School and the David Rockefeller Center for Latin American Studies.

In both Mexico and Colombia, the “Green Wave,” or Marea Verde, movement for abortion rights that began in Argentina in the early 2000s played a big role in the landmark rulings that decriminalized abortion, the panel said. The movement has campaigned for the right to legal, safe, and free abortions and captured the support of women and women’s organizations across Latin America, a heavily Roman Catholic region historically resistant to reproductive rights.

The women’s rights movement in Latin America is not new, said Alicia Ely Yamin, a lecturer on law and senior fellow in global health and rights at the Petrie-Flom Center, who introduced the speakers.

The legal victories began with Cuba, which legalized abortion in 1961, followed by Guyana in 1995, Uruguay in 2012, and Argentina in 2020. The Mexican Supreme Court ruled that criminal penalties for abortion were unconstitutional in 2021, and the next year the Colombian Constitutional Court legalized abortion up to 24 weeks after conception.

Yamin, who worked with women’s rights organizations in Mexico in the 1990s, learned from Marta Lamas, a leading feminist activist, that the women’s rights struggle was going to be gradual. “She said, ‘This is a marathon, not a sprint,’” said Yamin, “and that has proven to be true in Colombia and Mexico.”

In the case of Mexico, changes in both the constitution and the Supreme Court over the past 20 years reinforced societal changes in views about civil liberties and human rights. A key factor was the amendment of Article 1 of the Mexican Constitution in 2011, which stated that all individuals are entitled to the human rights granted by the constitution and international treaties signed by the Mexican state, said Gutiérrez Ortiz Mena. Women’s groups began asserting those rights to support their case for abortion rights.

“For the first time, you start seeing amparos, legal requests for protection, where women are starting to assert their rights in court on constitutional basis, and the discussion now changes,” said Gutiérrez Ortiz Mena. “At that moment, the discussion on the court isn’t a statutory discussion about justification defenses in criminal convictions. It’s about whether women have constitutional rights, and that is a whole other dynamic. We went from statutory decisions to constitutional decisions. We went from justification defenses to asserting the right to reproductive self-determination.”

In 2021, Mexico’s Supreme Court banned the criminalization of abortion in the state of Coahuila in a historic decision, setting a precedent across the nation. Gutiérrez Ortiz Mena drafted the opinion, which also declared that denying access to abortion is discriminatory and unconstitutional.

“The ruling basically said that criminalizing abortion was unconstitutional, and that reproductive self-determination and access to free and safe abortion are constitutional rights,” said Gutiérrez Ortiz Mena. “These rights are grounded in a woman’s right to privacy, health, and the right to live free of violence and discrimination.”

In Colombia, the landmark decriminalization of abortion in February was driven by several factors, said Ángel Cabo. The 1991 constitution, which declared that Colombia was a secular state, was crucial, she said, because arguments of public health and constitutional rights pushed religious and moral grounds in the abortion discussion to the background. The new constitution also expanded public action for citizens to address constitutional matters, and women’s groups began using those mechanisms to push for their demands to legalize abortion.

Ángel Cabo gives a lot of credit to Colombian women’s organizations, which were then able to shift the focus in the abortion debate to the public health issues involved through careful strategic planning. She notes that the groups gradually built up their list of demands after launching litigation in the courts and deployed a persuasive media campaign.

The push in Colombia was led by women’s groups organized under the umbrella of Causa Justa, or “Just Cause,” said Ángel Cabo. The strategy highlighted the fact that the criminalization of abortion did not prevent the procedures but instead had the unintended consequence of pushing many women, mostly poor and marginalized, to seek unsafe abortions, creating a public health crisis.

In the aftermath of Colombia’s groundbreaking decision, 67 petitions asking to annul the ruling have been filed, which means that the struggle is far from over. “The questions of whether or under what circumstances the law protects a woman’s right to terminate her pregnancy are questions that will continue to confront us,” said the Colombian justice.

As for what lessons can be learned from the experiences of Mexico and Colombia, Mary Ziegler, law professor at UC Davis School of Law and a leading historian on the U.S. abortion debate, said that there are more parallels between the U.S. and Brazil or Poland than between the U.S. and Mexico or Colombia.

As in the U.S., abortion rights in Brazil have become enmeshed in domestic politics, Ziegler said via Zoom at the hybrid event on Friday. But a big difference between the U.S. Supreme Court and its Mexican and Colombian counterparts is that the U.S. Supreme Court has become more isolated from the popular conversations about abortion, she said.

In the U.S., Ziegler said, several factors led to the overturning of established abortion rights, including changes in legal education promoted by the Federalist Society, a conservative legal movement, as well as changes in party politics here, such as the conservative movement’s embrace of the abortion issue. 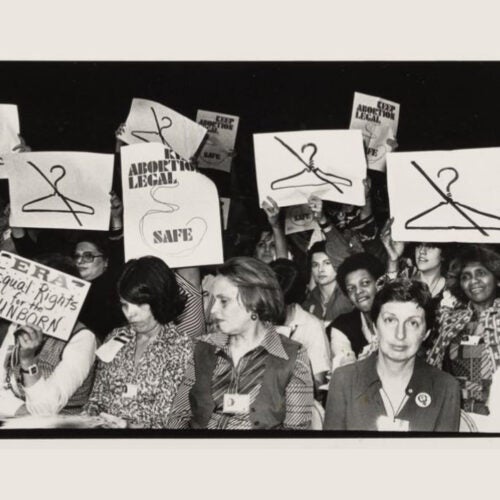 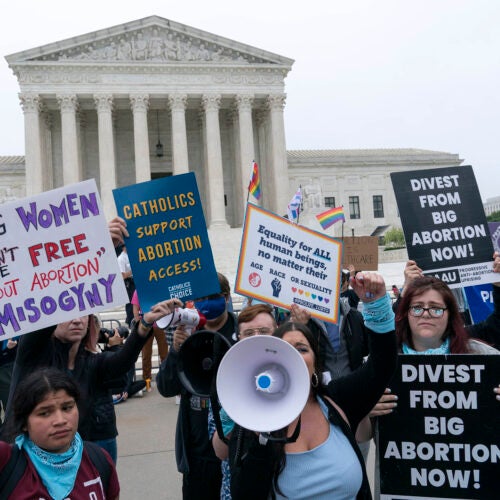