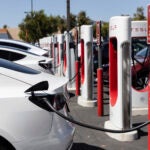 The colonial legacy of Queen Elizabeth II, who presided over the wrap-up of the British Empire, is a thorny aspect of the seven decades of an already complicated reign, which saw declining influence of the monarchy, along with royal family squabbles, divorces, and scandals fully aired in the media. But her death last Thursday at the age of 96 presents the perfect opportunity to set the record straight and perhaps embark on long-overdue changes, said Maya Jasanoff, X.D. and Nancy Yang Professor and Coolidge Professor of History.

“The queen was born into a world in which the British Empire was the leading global presence,” said Jasanoff. “Over the course of her life and her reign, the British Empire essentially dissolved into several dozen nation states. That process of decolonization was something the queen and members of the British state were interested in channeling through the institution of the Commonwealth,” an alliance of nations led by the British ruler that embraced a view of itself as  “a vehicle for the rule of law, economic development, and human rights.”

Footage of the queen riding an elephant or greeting colorful, traditionally clad subjects tilt remembrances toward a nostalgic view of the monarch, who took the throne only six years after one of England’s last remaining imperial holdings, India, obtained independence in 1947. (Britain handed authority over Hong Kong to China in 1997.) But the collapse of the Empire wasn’t a genteel dismantling. Gilding the queen’s legacy threatens to cover up a much more oppressive and often violent transition, Jasanoff said.

Among the many examples, Jasanoff cited the “bloody insurgencies and counterinsurgencies waged in Kenya, Malaya, and Cyprus, which involved massive amounts of killing and torture and even rape and castration committed by the British.”

“The royals were trotted out as ceremonial figures at what appeared to be peaceful transfers of power, but, behind the scenes, the transfers were anything but peaceful in a number of places and anything but willing on the part of the British,” she said.

All of this runs counter to the popular glistening image of the late queen as a ruler who supported many humanitarian efforts and possessed an egalitarian nature. But the record is more complex.

“People talk about her views about apartheid, and I’ve heard people commenting on her enthusiasm at welcoming Nelson Mandela when he was president of the Republic of South Africa,” said Jasanoff, who also noted how the British government, during Elizabeth’s reign, rejected Rhodesia’s unilateral declaration of independence, a move designed to create a white-minority-ruled state in the former African colony. “But these are symbolic gestures, or they were largely behind the scenes. On the ground, it looked so different from the glossy images of the white queen on tours of exotic former colonies.”

With the queen gone, Jasanoff said, there may be room for change. “I would look at whether more nations are going to follow the example of Barbados, which in 2021 became a republic,” she said. “The other question is to what extent either British governments or agents of the monarchy will weigh in on the discussions about delivering apologies or offering reparations” for atrocities committed in the name of maintaining colonial rule.

She cited a precedent: “As a result of the lawsuit brought by victims of British torture in Kenya, the then-foreign secretary, William Hague, delivered an apology on the floor of the House of Commons. I wonder if there may be more gestures acknowledging the crimes and the violence of empire.”

That suit was largely based on the research of Caroline Elkins, professor of history and African and African American studies. Her first book, “Imperial Reckoning: The Untold Story of Britain’s Gulag in Kenya,” won a Pulitzer Prize in 2006.

“I would be surprised if we see any major concrete action,” acknowledged Jasanoff. She noted how the “soft power” of the crown, enabled by the private weekly meetings between the ruling monarch and prime minister, occurs without any transparency or accountability. In fact, the impact of such access is usually downplayed.

“Much was made of the impartiality of the queen and her studious avoidance of getting mixed up in politics,” Jasanoff said. “Charles takes his mother’s example very seriously by all accounts. I would assume he would strive to do exactly the same with respect to impartiality and lack of overt political gestures.”

Even if the new king doesn’t diverge from his mother’s policy, however, there are changes Jasanoff hopes to see. In terms of history, she said, it’s not a question of “setting the record straight. It’s generating the record to begin with.

“One of the most important steps toward any kind of reparation or closure with respect to the legacy of empire is simply to get the history out there,” she said. “I would like to see a more open discussion in Britain about what actually happened during the decades of Queen Elizabeth II’s reign, which remains extremely opaque and little-known to most British people, massively politicized, and very difficult to discuss. I hope with her passing these conversations will become a little bit more frequent and easier to have.”