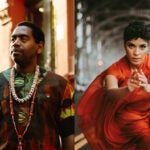 The first new exhibition in two years at the Ethelbert Cooper Gallery of African & African American Art hopes to revolutionize how Cuban art is considered through the inclusion of artists of African descent who were usually excluded from shows. “El Pasado Mío / My Own Past,” which opens Friday, is the brainchild of Cuban American historian and art curator Alejandro de la Fuente, director of the Afro-Latin American Research Institute in the Hutchins Center for African and African American Research at Harvard University.

“To us, Africa is not a root,” he said. “Africa is who we are. Africa is not our distant past. Africa is our present and our future. Almost any family in Cuba, or many families in Cuba, can identify a great-grandfather or great-grandmother who was African or almost a direct descendant of Africans.”

The Cooper Gallery show, the first since the pandemic hit in 2020, features 52 works by artists from the 19th century to present. The curatorial team — who included Bárbaro Martínez-Ruiz, the Tanner-Opperman Chair in Honor of Roy Sieber at Indiana University, and Cary A. García Yero, the Alexander von Humboldt Foundation Postdoctoral Fellow at Freie Universität and Leibniz Universität — took inspiration from the work of Afro Brazilian artist and curator Emanoel Araújo, who curated the groundbreaking exhibition “A Mão Afro-Brasileira” in 1988.

“As I read more and more about the exhibition, I felt that this is something that should be replicated all over Latin America,” de la Fuente said. “Yet, nothing like it has really happened since then, including Cuba, which after Brazil would be the one country in Latin America that is closest to African cultures.”

Latin America has not come to terms with the influence of Afro descendants in the life and culture of the region, he said, but he noted it is beginning to recognize important contributions in fields ranging from art to music and religion.

“It’s a continental movement. It’s a wave. We have been at the center of that because Harvard created the Afro Latin American Research Institute in 2013 and that has played a very important role in bringing these groups together and moving the field forward,” he said, noting that the University has developed collaborations with research groups in Argentina, Chile, Uruguay, Brazil, Colombia, and Mexico. “This exhibition is a part of those efforts.”

“El Pasado Mio / My Own Past” prominently features the work of Vicente Escobar y Flores, the first known artist of African descent in Cuba (1762-1834). Escobar y Flores was recorded as Afro Cuban at birth but listed as white after obtaining a royal exemption that allowed him to participate in occupations and enjoy privileges exclusive to whites from Spain.

“This is not Cuba’s first artist of African descent by any means,” de la Fuente said. “The fact that he’s the first one we know about speaks about our ignorance and about how colonial societies manufactured silences [and] exclusions that feed our ignorance.”

Alberto Peña and Teodoro Ramos Blanco were two artists who worked during the 1930s, creating race-conscious works that spoke about Blackness, he said. In 1936, Peña and Ramos Blanco exhibited their work in Havana at the prestigious Afro Cuban society Club Atenas. Two of those works are featured in “El Pasado Mío / My Own Past.”

De la Fuente hopes the exhibition will inspire new research into these relatively unknown Cuban artists. The curators, who obtained the works, many of which are not in known public collections, gathered as much information about the artists’ lives and pieces as they could. Now they want to call attention to these works in part “to question the very notion of the canon and to do so by centering [and] highlighting the racialized and gender biases that are at the center of that canon.”

On display are also historical documents related to Afro Cuban artists whose works are not available because they have not been located or are not in public collections. De la Fuente credited the dissertation of Garcia Yero, his former doctoral student, for informing the exhibition.

“What we’re doing here really is trying to rethink the history of Cuban art through a corpus and through the production of a group of artists who have never been exhibited together. They have never been considered together,” de la Fuente said. “We’re also very interested in calling attention to the potential, to the potentialities, to the possibilities for further research. What happens to Cuban art history when you approach it through the works of these artists?”

“El Pasado Mio / My Own Past” runs through Dec. 21. For more information on the exhibit, visit the Cooper Gallery website. 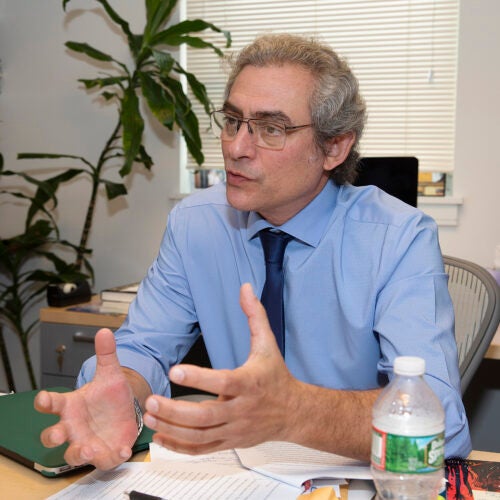 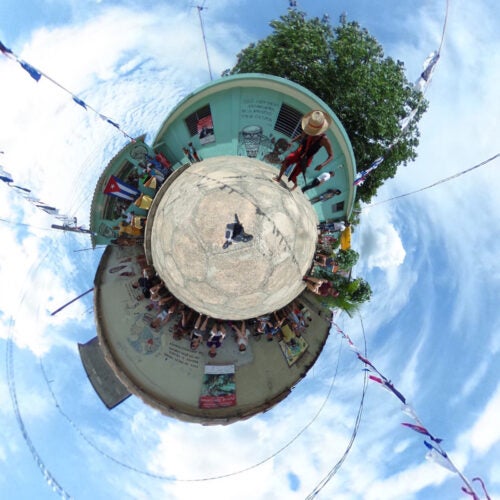 A Cuba-Harvard connection, with a beat 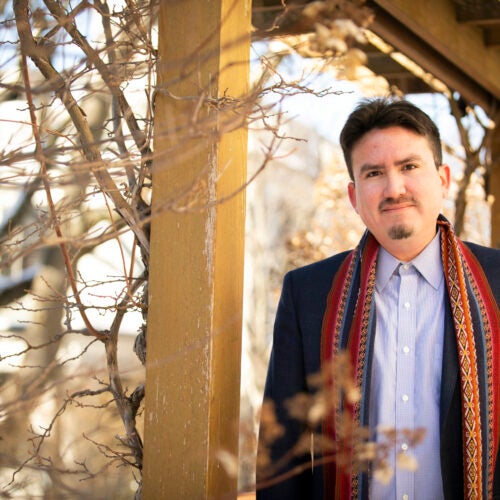