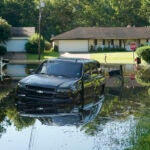 A report by the Steering Committee on Human Remains in University Museum Collections was released by President Larry Bacow on Thursday in a message to the University community.

It urges the creation of policies and mechanisms to guide decisions on the ethical handling of human remains in museum collections, which are not already governed by the Native American Graves Protection and Repatriation Act (NAGPRA). Harvard has more than 30 years’ experience implementing NAGPRA, which returns certain cultural items, funerary belongings, and ancestral remains of Native Americans.

The recommendations envision a new mechanism to direct a process of return, including reinterment or repatriation, of these collections guided by a Human Remains Returns Committee that includes Harvard faculty and staff who, collectively, have expertise in historical research, bioarchaeology, curatorial work, ethics, spiritual leadership, community consultation, repatriation, and funerary arrangements.

Another important recommendation is the critical need for a space for respectful stewardship of remains in the University’s care. In addition, the report suggested the formation of a Human Remains Research Review Committee to work with museum staff in assessing requests for the ethical use of certain human remains in research. And it encourages faculty to make use of new technologies, such as high-quality replicas and anatomical replicas, whenever possible.

GAZETTE: Professor Hammonds, I’d like to begin with the powerful afterword you wrote about your first experience visiting the Peabody Museum room that holds the human remains. You said: “A museum is not a place for the remains of humans. It is not a mausoleum. It is not a sacred place. It is not a culturally significant resting place for any of our ancestors on this planet.” Could you talk a bit about your personal start to this work, and why it was important for you to not only chair this committee, but to include this statement?

HAMMONDS: The committee was established in January 2021, and during that spring term we had several meetings where we began deliberating about who these remains were in our collections and the issues related to their care and repatriation. At some point during the summer, I began to realize that I didn’t know exactly what these human remains were that were in our care, nor had I ever been in the space where they are kept at the Peabody. I was thinking a lot about the point that [Alphonse Fletcher University Professor Henry Louis] “Skip” Gates made in one of our early meetings that “… these were people too.” I decided that I needed to go and see them because they had become an abstraction for me and that wasn’t sitting well. So, I spoke to Jane Pickering, director of the Peabody Museum, and other folks about needing to go and visit the space. What I saw during my visit made me personally understand the reality of the need for ethical stewardship of these individuals.

GAZETTE: The committee was created after the discovery of the remains of 19 individuals of African descent, who had likely been enslaved, in the collection of the Peabody Museum of Archaeology and Ethnology. How can NAGPRA help inform how the University handles the return or reinterment of these individuals?

DELORIA: NAGPRA is both helpful in some ways and not helpful in others. We now have more than 30 years of experience in working with tribal communities. The law mandates a process, one that is administratively complex. Over time, both museums and tribal communities have built capacities for working through the challenges. It’s also the case that NAGPRA has pushed institutions to contemplate the moral and ethical issues, and to do so over a sustained period of time. Those things are resources for us as we think about how similar questions might be addressed in terms of these African American remains. On the other hand, NAGPRA quite clearly identifies for us tribal partners in the form of federally recognized tribes, who have standing for consultation and repatriation. That’s not the case with these 19 remains.

GAZETTE: The report calls for using new technologies such as high-quality replicas and anatomical models from sources with donor consent. How are faculty already making use of these and how can the University further engage these technologies and methods?

HAMMONDS: This recommendation speaks to the issue of how much these individuals continue to be used for research. What does it mean to continue to use them for research purposes when we are at a point in time in history where we have different kinds of technology, and we could be using less-invasive imaging technologies? Some things aren’t as easily amenable to using certain kinds of technologies. But the point just came up that one of the reasons that we continue to have them is that some people felt there will be ongoing research projects that they want to participate in and use these individuals. The introduction of new technologies means that we need to think differently about how we can actually get new knowledge from the individual remains that we have.

BRANDT: It’s quite remarkable in this digital age that we can study many things that in the past we relied on human remains and skeletal remains to investigate. One of the things we want to do is make sure that we only use human remains and human subjects where they are absolutely necessary to understand better the character of the body, disease, and health. There are many technological opportunities that can assist us, but I’m skeptical that such technologies will ever completely solve the ethical dilemmas of the use of human subjects and cadavers in research. We need to assure that we have robust moral and ethical approaches to consent, observation, and oversight that make it possible for us to continue to make scientific progress on the critical problems of health, disease, and human suffering.

GAZETTE: There will be some instances where human remains will continue to be used for scientific research. Could you discuss how you think about that important access?

HAMMONDS: We have to think about exactly what the research is, what it’s for, what are the options, and to do that in a way that we have not done so in the past by having it reviewed systematically and increasingly with concerns about ethical stewardship and the possibility for repatriation. If there is an opportunity for new knowledge, we need to think carefully about whether these individuals’ remains should be used to provide it. These kinds of questions are important.

GAZETTE: Allan, in the report’s introduction you wrote that the human remains being considered by the committee “were obtained under the violent and inhumane regimes of slavery and colonialism; they represent the University’s engagement and complicity in these categorically immoral systems.” Could you discuss the ethical considerations behind the decisions to continue using human remains in certain situations?

BRANDT: Human remains have always been a critically important element of scientific and medical inquiry. Cadaver and skeletal remains have offered the possibility of understanding the human body in all its complexity and intricacies. But how we acquire and access human remains for investigation has often been contested, problematic, and, in some instances, morally indefensible. The discovery of the remains of enslaved people in our collections made clear to our committee the need for careful and continual reflection and review of our current policies to assure they are transparent and in keeping with the highest moral aspirations of medicine and science. Over the last century, we have developed new laws, policies, and ethical principles to guide our acquisition and use of human remains. As a result, some of the most immoral and pernicious practices of the past, such as the procurement and use of the remains of enslaved people, would be impossible in the present context. That said, we always need to examine our current approaches and assumptions about human remains and the use of humans in research to assure that racism, hidden bias, and deeply flawed cultural assumptions do not blind us to exploitation and inappropriate practices. The current regime of consent and institutional review is crucial to evaluating and assessing this work. At the same time, we need to be vigilant to assure that these processes do not reflect aspects of structural racism and other legacies of colonial exploitation.

GAZETTE: Another ethical care recommendation calls for an on-campus space to support respectful treatment of human skeletal remains. How and when will these changes be addressed?

HAMMONDS: We think these changes should be addressed as soon as possible. We’re talking about the urgent need to have some space where there will be an opportunity for appropriate visitation and reflection. When we are engaged in conversation with identified descendant communities or individuals, this should happen in a space designed for appropriate visitation, reflection, and research that is outside of the museum in order to maintain a respectful space for the people in our care. Right now, we don’t have that.

BRANDT: Today in our hospitals and research labs we have robust protocols, regulations, and oversight committees for human research that seek to assure respect and care for individuals and their communities. That said, one of the lessons of our investigation on the committee is that racism, bias, and assumptions of hierarchy can become embedded within culture in ways that may be largely invisible. As a result, the committee taught me that we must constantly reflect and evaluate our current practices and assumptions. Are we protecting individuals and communities from potential research that is less than fully ethical? There is a critical space for ethical research on humans and their remains, but we cannot assume that our mechanisms for protecting individuals are ever perfect or stable. This suggests that oversight of our ethical precepts requires truly diverse and interdisciplinary perspectives.

GAZETTE: The task force recommends the proposed Returns Committee consult with the appropriate community representatives and be transparent in its actions and decisions. Why is this important?

HAMMONDS: This is a way of making visible the accountability of the entire institution and its history. We’d like to have a sense that the conversation about the responsibility that we owe these individuals in our care be a broad conversation among students and faculty, curators and researchers, ethicists and spiritual leaders.

GAZETTE: Is there anything else readers should know about the Committee’s work or the report?

DELORIA: The lesson of NAGPRA as a moral and ethical practice of accountability for our histories is absolutely essential. Being serious about that accountability is actually good for an institution, and it’s good for the communities with which we’re engaged. Developing processes, even when they seem like an administrative grind, is productive in terms of thinking about ways to move forward into a better future. The lessons of NAGPRA over the last 30 years have been both about the difficulty of this work, the emotional, spiritual difficulties of the effort, but also about the ways in which that work has built relationships, capacities, understandings, and futures. Institutions and communities have to be in dialogue with each other. That’s a really important thing, and it’s nothing to take lightly.