No, Jason Bourne is not the real CIA 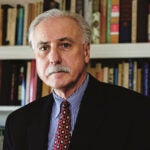 The work of the CIA is fast-paced and very loud in the popular imagination. It involves high-speed chases, leaping out of planes or from the tops of buildings, gun battles, and exploding buildings. Actually, says former CIA officer Alex Finley, “Generally, the rule is: If the gun comes out or something goes boom, something has gone horribly wrong in your operation.”

For decades the agency has played a critical role in U.S. foreign policy decisions, various conflicts and crises overseas, from the Berlin blockade in 1948 to Russia’s war of aggression in Ukraine. But its full history and work, especially its successes, are rarely fully seen or clearly understood by the public. Part of that is the agency’s fault and part is simply the nature of the business, former officials and scholars said.

Marking the agency’s 75th anniversary, retired CIA directors, station chiefs, and officers, as well as scholars and national security journalists gathered for a series of panel discussions to discuss the intelligence organization’s complex, yet vitally important task during a daylong event Friday at the Charles Hotel in Cambridge.

“The mission of the Central Intelligence Agency is to know the truth, not small truth, not someone’s truth, but the truth of what is, not what you prefer; to see beyond the horizon … and to allow leaders to act before events dictate,” said Sue Gordon, who spent 27 years at the CIA and was principal deputy director of national intelligence at the Office of the Director of National Intelligence (DNI) from 2017 to 2019.

The agency has “a killer mission” and very strong institutional culture that resembles a men’s pick-up basketball game. “When you play pickup basketball, if you don’t do something with the damn ball, you’re not getting it again,” Gordon told Paul Kolbe, director of the Belfer Center’s Intelligence Project, which organized the event.

As for today’s challenges, “I think information disorder is the greatest threat we face,” said Gordon, now an Intelligence Project senior fellow. At a time when information and misinformation is flowing faster than ever, the CIA has to stay on top of a rapidly changing technological landscape, particularly at its senior levels. “I think we’ve got to get better.”

The CIA came into being after World War II when the U.S. undertook a major reorganization of the country’s military and civilian intelligence apparatus. In 1947 President Harry S. Truman signed the National Security Act, which established the Central Intelligence Agency to handle national security issues affecting foreign policy.

Over the years, most of the public’s perception of the CIA came from spy novels and Hollywood blockbusters, like the Jason Bourne films and the Tom Cruise vehicle “Mission: Impossible.”

“Too often Hollywood places espionage shows in the action genre, and the problem is that we end up with films that are about assassinations and car chases and rogue agents,” said John Sipher, a retired career clandestine CIA officer who now co-owns a production company that vets and develops intelligence-related material for film and television. While entertaining and cinematic, it’s not how things are actually done. “What stories in espionage are about are the human factor, about betrayal, trust, about flawed individuals in pressure packed situations, things like that — character-based stories.”

In real life, “If an operator does his or her job correctly, you will never know about it,” said Finley, author of a satirical book series about a counterterrorism officer named Victor Caro who works for the CYA.

In pop culture, “The CIA is seen as either total badass or completely evil and rogue, or some combination, like they’re totally rogue and badass but in the right way,” she said.

These fictional depictions, of course, are completely unrealistic, but pulling back the curtain on operations and information-gathering would require greater transparency than the agency has been historically willing — or able — to provide, panelists said.

Some do a better job than others at getting aspects of CIA life right, but none nail it entirely, said Sipher.

“Argo,” which won an Oscar for Best Picture in 2012, and “Charlie Wilson’s War” capture some aspects of agency life more accurately. Other films and shows that get kudos include “Three Days of the Condor,” “The Bureau,” a French series, and to a lesser extent, “The Americans.”

With so little visibility into the CIA, David Sanger, ’82, national security correspondent for The New York Times, asked a panel of intelligence historians about some of the agency’s more notable successes and failures.

Because of the inherent sensitivity of CIA operations, and the need to protect sources and methods of intelligence-gathering, as well as abide by classification requirements under law, the public may never learn about some of the agency’s most noteworthy achievements or heroic officers, they said.

Michael Morell was acting director and deputy director of the CIA between 2011 and 2013 and presidential daily briefer to President George W. Bush on Sept. 11, 2001. He asked the historians what metrics they use to assess the CIA’s successes. Nicholas Dujmovic, clinical professor of intelligence at Catholic University of America and a former CIA staff historian, said questions to ask would include: ‘“Were U.S. interests served by this? Were the objectives of the operation met or policymakers supported?’ And also, very important, ‘Are the target people in the country involved? Were they helped in the short term or long term?’ That will change your perspective on whether interfering in the Italian elections in 1948 was a good thing to do or not, or restoring the shah to the throne in Iran.”