Because past is not even past 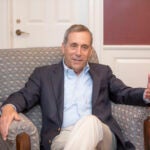 Planning for a very big year

Why does Harvard need to grapple with its history? Because as Willam Faulkner once wrote, “The past is never dead. It’s not even past,” and the legal scholar and historian Tomiko Brown-Nagin agrees.

One part of that history involves Harvard’s connections to slavery and exclusionary practices, said Brown-Nagin, dean of Harvard Radcliffe Institute and chair of the Presidential Committee on Harvard & the Legacy of Slavery, addressing the 207th convocation of the Harvard Divinity School on Thursday. But another is a tradition of resistance and resilience within the community, Brown-Nagin said.  In fact, she explained, those disparate stances may help point the way forward.

“The University’s history is deeply entwined with the triumphs and tragedies of our nation,” said Brown-Nagin, addressing faculty and students in the newly renovated Swartz Hall at the first in-person Divinity School convocation in two years. The past has many “painful elements,” including “deep ties with slavery and a long history of exclusivity along the lines of gender, race, ethnicity, religion, and so much more,” she said, citing the groundbreaking report, Harvard & the Legacy of Slavery. However, she also noted the “many proud advocates of freedom and justice” among Harvard faculty, staff, and students, including early leaders of the Divinity School.

Urging the assembled to “engage with both sides of this complicated history,” she acknowledged how knotty the problems can be. Noting her own role at the Radcliffe Institute, she cited Elizabeth Cary Agassiz, whose plan for offering women the equivalent of a Harvard education led to the “Harvard Annex,” which became Radcliffe College. “Agassiz has long been celebrated as a reformer,” said Brown-Nagin. But she was also the “close intellectual partner of her husband Louis Agassiz,” a proponent of discredited racist eugenics theories.

“This history does not defeat me. It empowers me,” said Brown-Nagin. “It reinforces the institute’s commitment to scientific inquiry.”

Brown-Nagin, who is also the Daniel P.S. Paul Professor of Constitutional Law at Harvard Law School and a professor of history, said that without a firm grasp of what has come before Harvard cannot hope to address its ongoing legacy. Quoting both James Baldwin and Faulkner, she pointed out that “vestiges of past harms endure.” Over the past two years, in particular, she noted the pandemic laid bare the “challenges of racism, wealth, health, housing, and gender” everywhere, all of which are “rooted in history.”

“Our capacity to understand and dismantle contemporary injustice depends on our ability and our willingness to reckon with our past,” she said.

Diving into the details of the Legacy of Slavery report, she pointed out that more than 70 human beings were enslaved by members of the community and the profits accruing from slavery enriched Harvard in many ways. That legacy continued after the Civil War, in the form of discrimination and exclusion.

The report, she continued, is only a first step. Ongoing efforts to identify the descendants of those enslaved by members of the Harvard community continue as do discussions of other reparative actions. “This is challenging work, and it will take time to do it right,” she said.

However, she pointed out, “intertwined with these most painful aspects of our past is a powerful counter-history of resistance, resilience, and change-making.” The first dean of Harvard Divinity School, John Gorham Palfrey, was part of that. The son of a Louisiana slave-holder, Palfrey became an outspoken anti-slavery activist, refusing to temper his opinions even when they came into conflict with the University. “I hope the Divinity School community will take pride in the moral courage of your first dean, who stood up for human rights,” she said.

Brown-Nagin then recounted the histories of the many Black members of the Harvard community who fought for justice and equal rights. Besides such well-known figures as W.E.B. Du Bois, she talked about Richard Theodore Greener, the first Black man to graduate from Harvard, who went on to become the dean of Howard Law School, and Eva Beatrice Dykes, who in 1921 became the first Black woman to complete a doctorate at Harvard.

“As a historian, I take great pleasure in excavating these,” said Brown-Nagin. “They illustrate my core belief that institutions and people can change …  and that’s important work.”

Brown-Nagin concluded by calling for the community to continue to strive toward equality, using “genuine exchange, reasoned debate, and thoughtful advocacy with respect to all persons.” 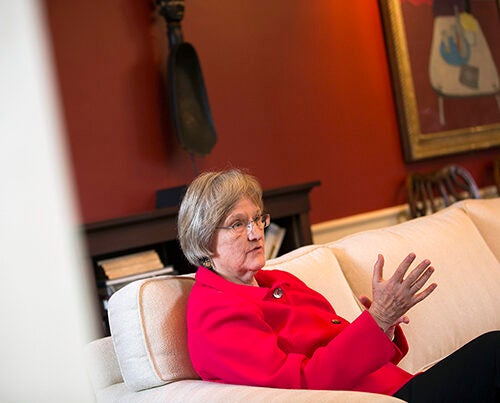 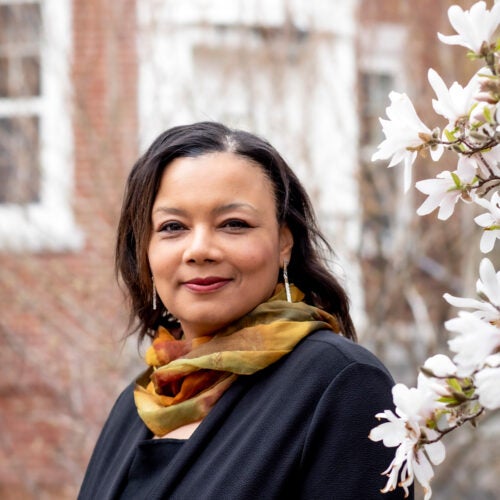 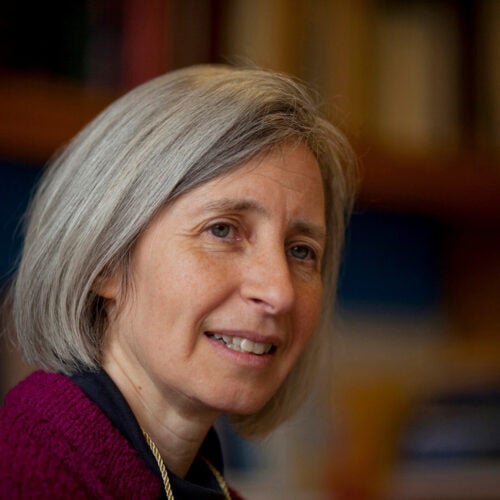 Committing to good, for good

Martha Minow, chair of Harvard & the Legacy of Slavery implementation committee, on ‘dedicating ourselves to a different future’