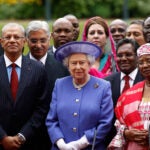 Some have speculated former Associate Justice Stephen Breyer decided to retire this year because he had grown weary and frustrated being in the Supreme Court’s 6-3 liberal minority, particularly as the Court has become the main battleground for many of the nation’s culture wars.

“Last year was not a great year for me. Was I annoyed about, unhappy about Dobbs? Yeah, I was,” said Breyer about the decision that overturned Roe v. Wade, the nearly 50-year-old precedent that guaranteed a woman’s right to obtain an abortion.

But over the years, he learned from the former Justice Sandra Day O’Connor, whom he calls his closest confidant on the Court, and from the late Justice Arthur Goldberg, for whom he clerked, that sometimes being on the losing side of decisions was just part of the job. Snap out of it and move on to the next thing, Goldberg advised. “Does that mean you’re heartless? No, I don’t think so,” said Breyer, who has a longtime reputation as a left-leaning pragmatist.

Breyer spoke with John F. Manning, the Morgan and Helen Chu Dean and Professor of Law at HLS, before a standing-room-only crowd of incoming law students Friday afternoon in his first event since rejoining the Harvard faculty as Byrne Professor of Administrative Law and Process. The two legal scholars discussed a wide range of topics, including Breyer’s time on the court, the job that most shaped his career as a jurist, and why his questions at oral argument were so famously idiosyncratic.

Breyer rebutted news reports saying the court’s deepening ideological rifts have corroded all sense of collegiality among the nine justices.

“We all got along well … as people,” he said. “Politics, deciding cases, or whatever you find controversial, that’s one thing. Human relations is something different. And my God, you learn that. You really do.”

Breyer spent 28 years on the U.S. Supreme Court before retiring at the end of June. He previously taught at the Law School from 1967 to 1980 and then jointly at Harvard Kennedy School from 1977 to 1980 before President Jimmy Carter named him to the U.S. Court of Appeals for the First Circuit in 1980.

Colleagues have consistently described Breyer as down-to-earth and personable. Marrying political ideals to people skills was a hallmark of the late Sen. Edward Kennedy, with whom Breyer worked with closely throughout the 1970s during Watergate and then as special counsel to the Senate Judiciary Committee when Kennedy became its chairman in the late 1970s. It’s a job Breyer said was his favorite and the one that best prepared him for the Supreme Court.

Kennedy had a great sense of humor, especially about himself, listened to what others had to say, and did not believe in prioritizing perfection over the possible, all lessons that Breyer says he has tried to live by ever since.

“‘If you can get 30 percent out of that group, do it,’” he recalled Kennedy saying. “‘The people who would normally support you will say you’re a traitor and a rat. Forget that: You get the 30 percent as opposed to being a hero for nothing.’”

Known for his free-range questioning at oral arguments, Breyer said he tries not to go into the sessions with his mind made up. It’s an approach he learned from his earliest days on the court.

“My oral argument is a nightmare so often because I don’t prepare for it. I do ask what I think is on my mind at the time, so I’ve said all kinds of things that get me into a lot of trouble.” (Breyer once asked a lawyer a question that involved hypothetical mutant “tomato children” attacking Boston in a case about the federal government’s authority to regulate marijuana.)

After oral arguments each week, the justices typically gather to discuss what they think of the cases, each speaking in descending order of seniority. As the most junior justice for his first 11 years on the court, Breyer said that arrangement necessitated listening to the arguments advanced by the other justices before he spoke, which meant he had to keep his mind open longer and that perhaps helped him arrive at more nuanced positions than if he had spoken sooner.

“Nino did not. He thought everyone had his mind made up by the time he got into the conference room,” he said of the late Justice Antonin Scalia. “I don’t think that’s true.

In counseling students, Breyer said he had no grand career plan coming out of law school, and advised them to “lighten up” a bit. His father had offered him some simple, no-nonsense advice that he took to heart: “Do your job and do it as well as you can, and then maybe somebody will notice, and you’ll get a better job. Maybe they won’t, but at least you’ve done the work.’”

Critics say the court has become clogged with justices cranking out dissents on every case. Breyer agrees.

“I think there are too many,” he said, but they do have a place. They don’t persuade the majority to shift, but sometimes they can get changes made if someone makes a good point in a dissent or can point out an important flaw that’s relevant in future cases. But they can be vanity traps, too.

“You’re playing to a big audience. Be aware of that. You’ll get The New York Times saying, ‘Oh, Justice Breyer wrote such a brave dissent.’ I just think, ‘Hey, if it was so great, why didn’t [the majority] write the opposite? They criticized it.’ Please. Don’t play for that. It’s a human quality that’s hard to resist.”

The Supreme Court, which will resume hearing oral arguments in person next month, signed off on livestreaming audio of oral arguments as a pandemic concession but has so far held the line on video, unlike many lower courts, which allow it. When asked whether the panel will ever reconsider, Breyer said it’s likely to happen at some point, but he doubted that would fully satisfy the public’s desire for transparency or help the country become less polarized.

Instead, the country would be better off if we just listen to each other and really hear what someone else has to say, and to participate in public life, whether it’s running for federal office or local library commission, he said.

Producing a copy of a pocket Constitution from his jacket, Breyer said, “I can tell you guys after 40 years of experience that this document won’t work unless you do that.”