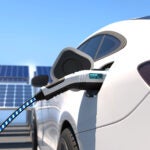 Do spiders dream? A new study looking at infrared footage of 34 juvenile jumping spiders suggests that perhaps they do. The team of former Harvard researchers analyzed videos of the sleeping arachnids and found they exhibited a rapid-eye movement (REM) dream-like state, which they could directly observe because juvenile spiders have translucent exoskeletons. The researchers also documented limb movements characteristic of dreaming, including leg twitching and curling. The study is believed to be the first time REM sleep-like behavior has been documented in a terrestrial invertebrate. Two of the study’s authors, Paul Shamble, a former John Harvard Distinguished Science Fellow who performed the work while he was still at the University, and Daniela C. Rößler, a former postdoctoral researcher in Shamble’s Harvard lab, spoke to the Gazette about key findings of the study, which was published Monday in PNAS. The interview was edited for clarity and length.

GAZETTE: When REM happens in humans or even in dogs, research shows that they’re dreaming. Are jumping spiders dreaming, and what is the significance behind that?

RÖẞLER: Let’s get to the biggest question right at the front. Well, I personally think they are dreaming — just like any person watching a dog or cat sleep and kick their leg will think that they’re dreaming — but being able to scientifically prove that is a whole different story. I don’t think we can say they are, and I’m not even sure we will ever be able to say it, but the fact alone that we’re thinking about it is already quite amazing.

SHAMBLE: In terms of significance behind that, that possibility makes you wonder what dreaming is for and what it’s doing. Because the brains of these animals are so different from ours and their evolutionary history is so different from ours, it makes you start to wonder about if this kind of visual dreaming is just what visual brains do. And that would be a very different way to think about REM than the way that we typically think about it now.

GAZETTE: Can you explain what you mean by that?

GAZETTE: How did you decide to look at this and how did the experiment work?

RÖẞLER: We accidentally stumbled across these jumping spiders hanging throughout the night. They would suspend themselves on the silk thread, and it looked like a very neat strategy to avoid predation at night. After a study looking at that, we thought if they hang all night, what are they actually doing? We recorded the adults as they hung there. We saw these regularly occurring bursts of activity that just looked or reminded us a lot about when you watch cats and dogs sleep or dream where you just see these quite uncontrolled twitches. Just everything about it looked like sleeping or dreaming to us. That’s when we began even asking that question. Could this be something like REM sleep?

We knew that the babies were translucent right after emergence, so we waited for a few to emerge. We then tried filming those babies so we could see the retinal tubes. We saw the exact same twitching behaviors and leg-curling behaviors and always when these types of activity happened the retinas were moving. That was quite mind-blowing.

GAZETTE: In the paper, you describe limb movements as one of the biggest signs of REM sleep. Why is that so important?

RÖẞLER: What is characteristic for REM sleep is not only the eye movements but also the muscle atonia during that time, which is basically motor function being greatly diminished so someone doesn’t run off while they dream. It shuts down, basically. In spiders, the whole system is based on hydraulics. They do not use muscles to extend their legs, but they use muscles just in the head to basically push fluid into the legs to extend them. When muscle atonia happens, what we think is happening is that the muscles in the head relax and that leads the legs to decrease in pressure, and so they curl up, basically like a dead spider. (All dead spiders have their legs curled up.) For us, this muscle atonia proves they are not awake and suggests the body is trying to suppress motion.

GAZETTE: Big question: If these jumping spiders are, in fact, dreaming, what do you think they’re dreaming about?

SHAMBLE: I think this is a really big question. It’s actually a question about the nature of dreams, which is sort of astonishing. You, sort of, just have to base it on your own experience. I assume that they’re dreaming about their own lives, like what happens to them during the day, the same way that we do — some strange visual version of their own experience. That’s pretty profound. 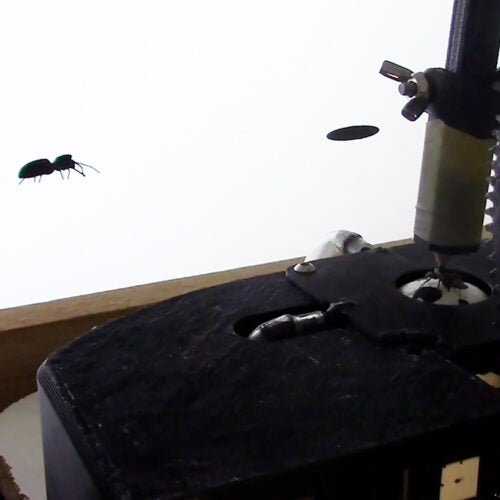