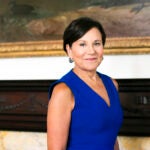 Pritzker on road ahead for Harvard

Over 83 percent of those accepted to the Class of 2026 indicated they would be coming to Harvard this fall — continuing a trend of historically strong yields for a third year.

A small number of students have been admitted from the waiting list. The admissions year, as is typical, concluded at the end of June.

“The Class of 2026 has demonstrated great promise for the future at a time of pandemic and economic uncertainty,” said William R. Fitzsimmons, dean of admissions and financial aid. “Harvard is fortunate these students have chosen to come here, and we are looking forward to their arrival.”

Financial aid was a crucial consideration for a large number of those enrolling in the Class of 2026. Nearly 67 percent applied for aid; 24 percent come from families making less than $75,000 per year; and about 29 percent requested application fee waivers.

Reinforcing its commitment to providing opportunity for all talented students regardless of their economic resources, the University recently announced a significant expansion of the Harvard Financial Aid Initiative (HFAI) for low- and middle-income families. Beginning with the class admitted this week, the cost to attend Harvard College, which includes tuition, room, board, and all fees, will be free for families with annual incomes below $75,000. This is an increase from the $65,000 annual income threshold in previous years. Nearly a quarter of Harvard College students come from families with incomes under $75,000.

Harvard’s undergraduate financial aid program continues to benefit from consistent and aggressive investment. Since launching HFAI in 2005, the University has awarded almost $2.9 billion in scholarship aid to undergraduates. During this period, Harvard’s annual aid budget has risen more than 190 percent, from $80 million to $235 million in 2022. Beginning in the 2022-2023 academic year, all first-year students from families with incomes below $75,000 with typical assets will also receive a $2,000 start-up grant to help with move-in costs and other expenses incurred in the transition to College. The grant was launched in 2016.

In 2020, Harvard further expanded its financial aid program by eliminating the summer work expectation from awards beginning in the 2020–21 academic year and replacing it with scholarship funds. Students are not required to take out loans and are only expected to contribute $3,500 through term-time work to meet their estimated personal expenses, including books.

The class also includes 14 veterans and 32 students who have expressed an interest in ROTC. In recent years, Harvard has increased efforts to recruit individuals who have served in the U.S. military, working with the Defense Department, joining Service to School’s Vetlink program in 2017, and conducting outreach via community college centers for veterans. 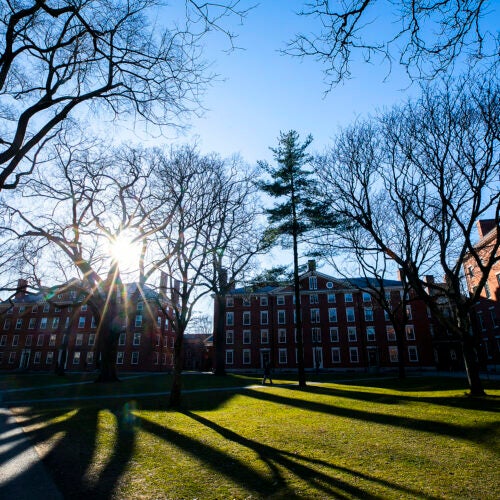