Taken out of context 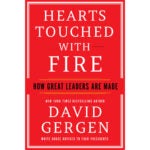 As debates about gender, sex swirl, researchers warn scientists to be careful with how they define the two as words may show up in law, policy

In an era when classifications of sex and gender have been thrust to the forefront of legal and policy discussions, gender researchers have a message for scientists: Be careful with your words.

Lawyers and policymakers regularly look to biological sciences research for guidance on how to define the sex of individuals in legal terms, language that can have far-reaching effects on education, civil rights, and health care.

In a peer-reviewed “Policy Forum” piece published in the journal Science, a group of scholars from Harvard’s GenderSci Lab created a roadmap to help researchers take greater care when writing or using biological definitions and classifications of sex in their work, mindful of the ways their language may be used in the public arena.

Such definitions have been used, for example, in laws limiting a person’s access to public bathrooms based on their sex assigned at birth, with criteria based on differences in genetics, chromosomes, and anatomy. A similar classification of biological sex is found in many state and federal policies, sometimes in such unexpected places as a 2014 regulation aimed at preventing and detecting sexual abuse and harassment of unaccompanied children, established by the U.S. Department of Health & Human Services’ Office of Refugee Resettlement’s (ORR).

“It might be striking for some scientists to realize the prolific extent of these uses of scientific claims about the biology of sex in the law,” said Sarah Richardson, professor of the history of science and of studies of women, gender, and sexuality, director of the GenderSci Lab, and senior corresponding author of the paper. “Often, these laws appeal generally to the authority of science that portrays scientific consensus in ways that actually do not reflect the current state of contestation and empirical science in the field of sex and gender.”

To that end, the researchers — including first author and assistant professor of law at the University of Haifa Maayan Sudai, L.L.M. ’15, S.J.D. ’19 — called on scientists to acknowledge the wider uses of their definitions of sex and associated research findings, often in very different contexts than their original research.

They laid out three broad approaches to scientific research on sex often employed by those in law and policy:
*Essentialist assumes a strict sex binary and is often used to back up anti-LGBTQ+ laws at the state level;
*Abolitionist aims to remove sex classifications from law and policy and can be seen in initiatives to remove sex from official documents like drivers’ licenses;
*Pluralist engages with different definitions of sex in different contexts, such as policies that allow for a third gender option on documents and those that support sex classification as an aid to combat discrimination against certain groups.

“Scientists should act ethically in anticipating how their work enters the world, including possible legal policy uses of their research,” said Richardson. “They can then better understand the possible consequences of particular choices they make, from research design to the communication of research.”

The researchers recommended scientists think carefully about use of “sex” as a category of analysis at all. That category may not be necessary when studying the relationship between, for example, a health condition and a range of variables like hormone levels, weight, or anatomy.

“Some ‘sex differences’ in disease or health outcomes have been revealed to be accounted for by factors like age or body size,” the researchers wrote. “In some narrowly defined research areas … a binary works relatively well to describe the variation in humans. However, in many areas, the premise that sex deeply pervades most aspects of human biology and cleaves humans into two essential types is being deeply challenged within scientific research.”

Richardson and her colleagues hope their work in this area will lead to more nuanced and clear research output from scientists and less misunderstanding and misinterpretation of those findings by those in law and policy fields.

“Sex differences are important to consider in some areas of research, but sometimes they’re included in a way that is post hoc, that is not well theorized, or that actually isn’t necessary to the study design,” said Richardson. “Any way that scientists can get more precise, more rigorous, and more mechanistically grounded in the way that they’re using categories, like male and female, in scientific research can go a long way toward the kind of careful contextualization that we recommend.”