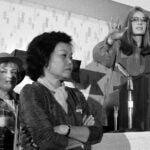 Nobody shot at Serguei Melnitchouk, but the burned hulks of tanks near Kyiv unsettled him. Then there were the nightly sirens that left him pondering whether to get out of bed and trudge down the road to the air raid shelter. He’d wait a few minutes to see if the wail stopped, pondering the risk calculus: sleep or safety? Night after night, he got up and headed to shelter.

“Life goes on,” Melnitchouk said. “But you’re just aware and apprehensive that something can come out of nowhere and hit the building.”

Melnitchouk, a cardiac surgeon at Massachusetts General Hospital and assistant professor at Harvard Medical School, spent a week in Ukraine in late April, visiting three hospitals and assessing needs. The good news, he said, is that the hospital staff is skilled and dedicated to their tasks. The bad news is that they are short on supplies and untrained in how to handle the kinds of trauma caused by guns and bombs, categorically different from things like car accidents and other injuries physicians typically see in peacetime.

“It’s easy for us to go there for one week, but for them, they’re in this constantly, day after day, exposed to air raid alerts and alarms,” Melnitchouk said. “They don’t have staplers, they don’t have wound vacuum dressings, they don’t have chest tubes. They’re very, very good, they just need more supplies. They need webinars and protocols for what can be done because they receive trauma patients injured in explosions.”

Melnitchouk, who was born and raised in Western Ukraine, came to Boston for medical training and stayed. Here he met his wife, Nelya, a cancer surgeon at Brigham and Women’s Hospital and also an HMS assistant professor. When Russia invaded Ukraine in February, the pair — both of whose families live in Ukraine’s west — immediately took action.

Before the war, they had founded a nonprofit, the Global Medical Knowledge Alliance, to improve medical care in Ukraine by sharing knowledge and resources from the U.S. When the war started, they realized that trauma care would be a major challenge for physicians there and got permission from the American College of Surgeons to translate its foundational trauma manual, “Advanced Trauma Life Support,” into Ukrainian and to post it online for Ukrainian physicians.

They then worked with toxicologists at the Brigham and MGH to write a script sharing best practices through which laypeople could respond to attacks with unconventional weapons: chemical, biological, radiological, or nuclear. They worked with Eric Goralnick, an emergency physician at the Brigham and HMS associate professor of emergency medicine whose grandparents immigrated from Ukraine, to produce a series of videos — some aimed at members of the public and others at physicians — on how to stop severe bleeding in trauma cases and what to do in a chemical, biological, radiological, or nuclear attack.

They weren’t the first to create such videos, Nelya said, but the quality of the videos varies, and Ukrainians seem to appreciate that the ones from the Melnitchouks’ group were created at institutions with global reputations. The English version of the video on unconventional weapons attack, for example, had been viewed 722 times by June 2 — it was posted on April 1. The Ukrainian-language version has been viewed 280,438 times over the same span.

“The threat is very real,” Nelya said. “They did use those bombs in Syria (a Russian ally). And in Ukraine, we have the example of them invading Chernobyl and another large nuclear plant, so the threat of not just nuclear attack but even incidental damage to Chernobyl or another nuclear plant is very real.”

Since getting started, the team has translated two additional manuals, one from NATO and the other from the medical nonprofit Doctors Without Borders. They are also in the process of making additional videos, focusing on physician training, aiming for one every two weeks, Nelya said.

Serguei’s April trip to Ukraine was born out of the pair’s belief that they can most effectively support Ukraine by supporting Ukrainian physicians as they deal with battlefield traumas on top of everyday needs, like chemotherapy for cancer patients, treatment of chronic illnesses such as diabetes and heart disease, as well as auto accidents and childhood injuries.

Serguei traveled under the auspices of a nonprofit and visited two hospitals in the country’s west and one in Kyiv, near which, though calmer now, there are signs of fighting. Nelya insisted he carry two gas masks and the nerve-agent antidotes atropine and pralidoxime.

While there, Serguei met with medical personnel at the hospitals and conducted trauma training sessions for surgeons, residents, and nurse practitioners. Melnitchouk said successful trauma treatment depends on the care given during the “golden hour” after a trauma. With speed essential, training on how to assess and handle trauma patients becomes even more important.

To boost that training, Serguei and Nelya are thinking of ways to conduct more hands-on sessions. Though webinars are helpful, practice is key. That means working with mannequins and live subjects under a trained eye. With Ukrainian males barred from leaving the country, they are pondering ways to bring that training to them, perhaps in the form of a future conference held in the relative safety of the country’s west.

Serguei visited his family while in Ukraine and tried to persuade his elderly parents to leave. They refused, unwilling to become refugees and saying their region is still relatively safe. Serguei left them gas masks and antidotes.

As the weeks pass and fighting continues, Serguei said that he hopes the ongoing conflict doesn’t sap donors’ willingness to support Ukraine’s health care system. Arms and ammunition tend to get first priority for resources there, making medical assistance from outside even more important.

“It needs to be continuous, because the war doesn’t stop, and the casualties are continuous,” said Melnitchouk. “It’s going to get worse before it gets better, and Ukraine is going to need help. They really need it.” 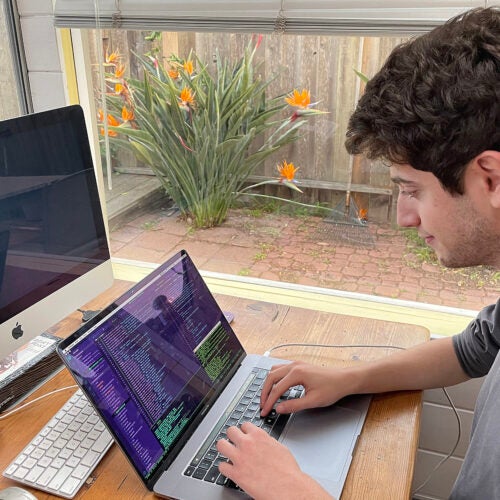 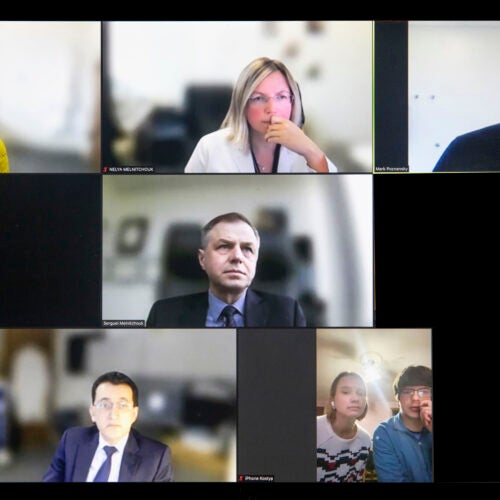 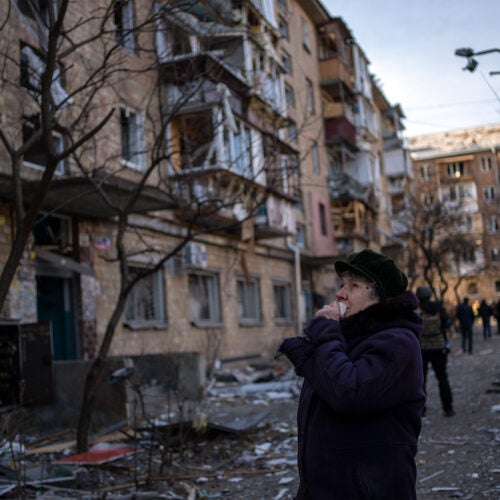