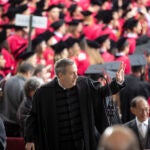 Larry Bacow, University’s 29th president, to step down next June

Thursday marks the 50th anniversary of Title IX, the landmark federal legislation that prohibits discrimination based on gender at American educational institutions. The measure has had far-reaching impact at primary and secondary schools, colleges, and universities throughout the nation. Perhaps one area most visibly affected was intercollegiate sports, particularly in regard to disparities in funding and support for teams, coaches, players, and facilities. The Gazette recently spoke to Erin McDermott, the John D. Nichols Family ’53 Director of Athletics, and Patricia W. Henry, retired senior associate director of athletics, about the effect Title IX had on the participation of women at Harvard and elsewhere. The interview was edited for clarity and length.

GAZETTE:  Erin, you and Title IX both celebrate your 50th year in 2022. How has the law affected your life and career as an athlete and administrator?

MCDERMOTT: Beginning at age 5 when I started athletic activities with my older brother, I followed his lead, and it never occurred to me that these were things that I wouldn’t have been able to do as a girl. I never heard those two words — Title IX  — until my sophomore year playing basketball at Hofstra when the Senior Woman Administrator (SWA) Cindy Lewis invited a speaker to talk with all female athletes. 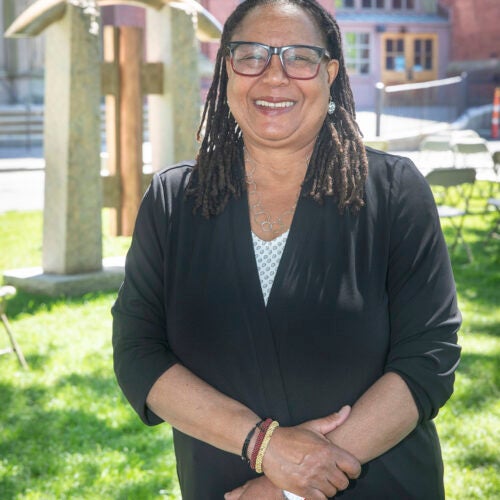 Women in STEM need more than a law

Scientists have seen gains the past 50 years, but culture remains an obstacle 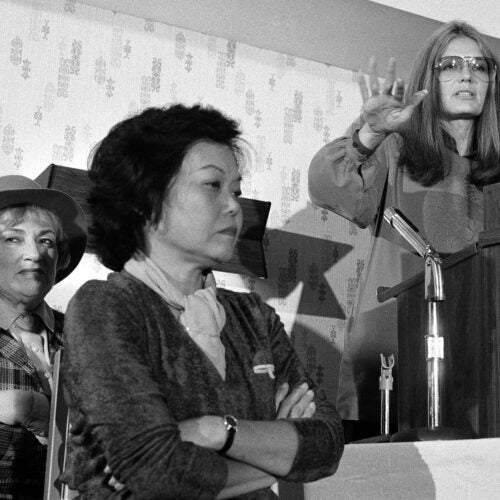 The women’s teams shared a large locker room space in the basement of the main building, and we had some part-time coaches versus full-time coaches for the men. Women’s basketball players were not given the same access to summer classes as the men’s team. So that’s when I started to see that there were differences in our experiences. It was truly this moment of clarity, and in some ways, anger, for me. I scheduled a meeting with the athletic director at the time and talked with him about where I felt Hofstra needed to do better. When I graduated, I walked across the stage, shook our president’s hand, and said to him, “You need to take care of your female student athletes.”

It was the beginning of my feeling that I had a responsibility to be part of the solution. And clearly Title IX paved the way for me and other women to be able to choose this as a profession.

GAZETTE: Pat, you served as a senior administrator for Harvard Athletics from 1980 to 2019. How did you see Title IX come alive during your time at Harvard?

HENRY:  Harvard and the Ivy League were early leaders in offering athletic programs for women. Title IX was passed in 1972, and in 1975, Harvard assumed responsibility for eight women’s sports that Radcliffe had previously administered, beginning as far back as the late 19th century. By the time I got here, there were 16 sports for women, and today there are 21. In 1975, we had about 200 women athletes, and today we have over 500.

GAZETTE: How did the Radcliffe Foundation for Women’s Athletics (HRFWA) come to exist?

HENRY: One early challenge was increasing alumni fundraising for women’s athletics. The model at Harvard had always been individual friends’ groups supporting each sport. In the spring of 1981, we created HRFWA as an additional umbrella fundraising group for women’s athletics to help supplement our relatively new women’s programs. Today, the foundation annually distributes around $100,000 to women’s programs, which have achieved certain benchmarks in their own fundraising.

MCDERMOTT: Because of that level of support, the experience of our women athletes has improved so much over time, and they, in turn, have been inspired to give more significant gifts back to their programs to ensure a continued high-quality experience.

GAZETTE: What are the biggest gains made under Title IX in the realm of athletics?

MCDERMOTT: The most impactful thing is the opportunity it has provided for girls and women to participate. When you look at the numbers pre-Title IX compared to today, the gains are just astronomical. That access has allowed us to grow women’s sports to the point that we see thriving professional leagues and teams now, and we see women executives at those levels. There are also women administrators throughout college athletics today. For women, making sports your vocation just wasn’t something that was a possibility before.

Another great gain is in the actual experience for women athletes. It’s one thing to have an opportunity to be on a team, but it’s another thing to have a really high-quality experience. That’s also significantly improved and has been a more recent impact of Title IX.

HENRY: The level of coaching expertise that is available for women today is very different than it was 50 years ago, or even 20 years ago. It’s amazing to see the performance level of Harvard’s women athletes, especially those who have made it to the Olympic level. It’s astounding, and you can credit Title IX for helping pave the way.

MCDERMOTT: That’s exactly right, and it’s really why U.S. women’s sports at the Olympic level do so well internationally. The United States is the only country with a structure where sports are part of our educational system in the way that they are, and Title IX created equal access and opportunity. Other countries were far behind us in training for girls and women, and Title IX has prompted them to improve opportunities at home.

Look at the extraordinary success of the U.S. national team for women’s soccer. They have done so much better internationally than other countries where soccer is a much bigger sport, because of the opportunities Title IX has given to American women and girls.

GAZETTE: What advice would you give to the next generation, as we look to the next 50 years of Title IX?

HENRY: Don’t take anything for granted. The advances for girls and women have not happened by chance, rather there’s been intentional strategies, and hard-fought struggles for the advancement that we’ve gotten.

MCDERMOTT: I couldn’t agree more. It also feels like there’s been a slight backtrack in being comfortable with showing strength and being physical. Don’t let anyone else pressure or define you. Try lots of different things; do what you love; and just play and have fun.

Harvard’s Department of Athletics will celebrate the anniversary throughout the 2022-23 academic year with conversations, events, and youth clinics. 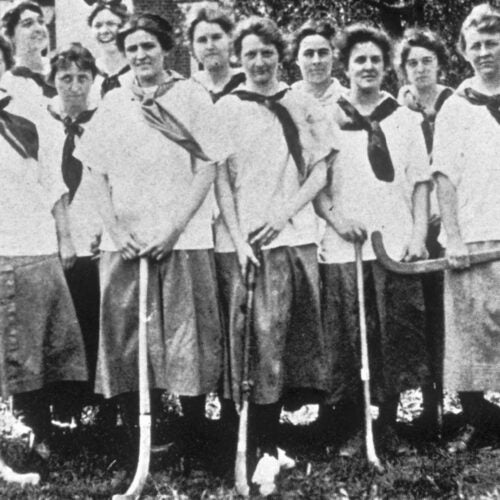