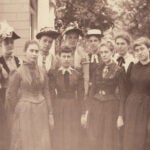 More than a half-century after she graduated, Ann Gordon Bain ’59 still remembers the joys and indignities that came with being a female athlete at Radcliffe College.

“We used to play half-court basketball because [it was thought that] women couldn’t run from one end of the court to the other,” said Bain, who was on the basketball, field hockey, and fencing teams as an undergraduate studying aerospace engineering and Chinese. “We hadn’t finished a varsity game, and they said, ‘Sorry, it’s our court.’ So we walked off the court. That’s the way it was in those days.”

Bain revisited her memories of athletic life on campus as part of an oral history project designed by history lecturer Zachary Nowak. In his fall course, HIST 1852: “The Game: College Sports as History,” current students interviewed 99 former Harvard athletes, 96 of whom were women, and used the resulting transcripts as the foundations for their final papers. The interviews will also be submitted to the Harvard Archives for preservation — a contribution of stories that span five decades, from the 1950s to the early 2000s.

Prior to Title IX, “You have not only underfunding of women’s sports, but administrative disapproval and administrative control of women’s sports. The result of that echo that is that the voices of women athletes are dramatically underrepresented” in the archives, said Nowak. “One of the goals of [this project] is to go get some of those voices and put them in the archive to, in a small way, rectify some archival silences.”

Nowak, who received a Ph.D. in American studies from the Graduate School of Arts and Sciences in 2018, was inspired to pursue the project after he noticed a lack of archival material focusing on women athletes at the University, especially items from before Title IX was passed in 1972. The law prohibits sex discrimination in schools that receive federal funds, and was instrumental in expanding female student-athletes’ access to scholarships, facilities, and equipment.

Nowak worked with Harvard University Athletics and the Harvard College Mindich Program in Engaged Scholarship over the summer to survey former athletes about their experiences at Harvard and invite them to participate in the project. Almost 100 agreed, and were matched with a student in the course, some of whom were athletes as well. Students learned how to conduct an oral history interview and met with their assigned athlete over Zoom and the phone.

For Bain, who lives in Augusta, N.J., the project offered a new avenue for connecting with the University outside of her work as an admissions interviewer, which she has done for 40 years. She was paired with men’s basketball guard Rio Haskett ’21, and said she participated because she wanted to learn more about her young counterparts and to contribute to the historical process.

Bain, who has had a long career as a tennis pro, pointed to tennis icon Billie Jean King (who received the 2002 Radcliffe Medal) and Olympic figure skater and surgeon Tenley Albright ’57, M.D. ’61, as women athletes who demonstrated what could be achieved in the face of inequality “to those of us who were, like myself, somewhat oblivious” decades ago.

Despite the challenges of being a female athlete, Bain felt her College years were both formative and fun. During her time at Radcliffe, “There were just no audiences for women’s sports, and we didn’t expect anyone to show up,” she said. “We were all [women] who love to play, or we wouldn’t have been there.”

“Much has changed for the better,” said Bain, noting Title IX’s positive effects on women’s college sports. “But you don’t hear of people doing three sports now [like I did]. Sports have become much more concentrated. I think of this as both a plus and a minus — the time involved has changed, and the opportunities in sports have also changed tremendously.”

Current undergrads in the course were eager to speak to those who had come before them.

“I wanted to learn how sports came to Harvard, and about all of those athletes who paved the way,” said Jon Sot ’22, an economics concentrator and punter on the football team who interviewed field hockey alumna Mary Howard ’79. “Getting a firsthand account of what athletics were like back then really changed my perspective on being an athlete now and allowed me to truly appreciate what we have as athletes.”

The place of gender in college sports is but one topic in “The Game.” Others include amateurism and class distinction as seen through the Harvard-Yale rowing regatta of 1852 (the country’s first intercollegiate sports competition); the codes of masculinity present throughout the history of college football; and evaluating the complexities of the “color line” story of professional baseball.

“Sports can be fun, but they’re never frivolous. They always have some bigger cultural meaning. They always reflect what’s happening in the larger culture,” said Nowak. “The class is not just asking students to take sports seriously, because I think if they’re in this class, most of them do. It’s also about giving them the tools to understand and explain why they are important.” 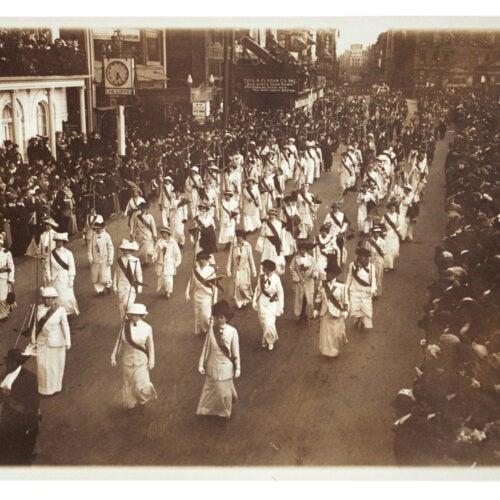 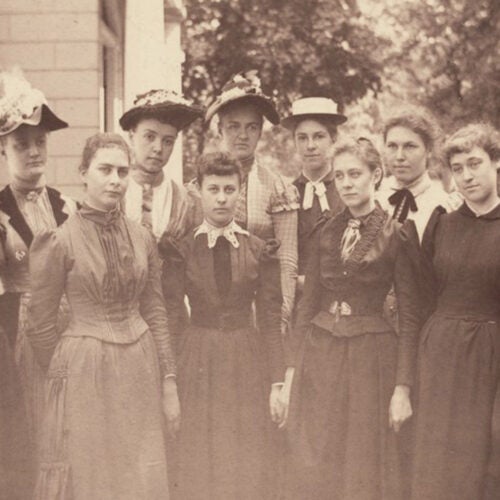 “He taught us how to ‘read’ a book in four hours — any book! This is a skill that I will take with me throughout the rest of my College life and into my career,” he said.

Learning to read and parse texts, whether in a book or in an archive, are vital elements of what Nowak calls “the work of history” that he hopes students will understand better after taking “The Game” or other history courses. He plans to incorporate oral histories into his spring course, “Intro to Harvard History: Beyond the Three Lies,” and is recruiting alumni who concentrated in history to participate.

“History is not just about dates and battles,” he said. “You take a bunch of primary sources, and you’ve got to figure out the story to tell from them. [Students] are actually doing that in this class. They can see that they are contributing to understanding what happened in the past, but also that they are learning a skill that will be valuable in the future.”