An end and a beginning 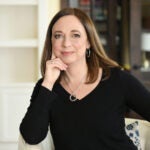 As tribal historic preservation officer for White Earth Nation, Jaime Arsenault has been doing repatriation work for nearly two decades. On Wednesday she presided over a ceremony at the Peabody Museum of Archaeology and Ethnology that returned two sacred scrolls and a pipe tomahawk to White Earth, which is an Anishinaabe nation (and its ancestors part of Anishinaabe spiritual and communal life). Arsenault described the process as long, but transformative.

“At the end I feel everyone involved is a little bit better off. You watch people change for the better, myself included,” she said.

The private morning ceremony was held in the Bowditch room of the Peabody. A gift of wild rice was also presented for the museum staff. The birchbark scrolls, used in performing sacred rites, came to the Peabody through two museum exchanges in the early and mid-20th century, respectively, and were returned under the Native American Graves Protection and Repatriation Act (NAGPRA). The museum is unclear on how it came to purchase the wooden-handled pipe tomahawk with ribbon fringe, which fell outside of NAGPRA but was approved for deaccession by the University in January 2021.

“It’s nice to bring these relatives home again,” Arsenault said, after the signing of transfer documents. “While we are near the end of this particular repatriation, in many ways this is just the beginning of our collaborative relationship. There is a lot we can accomplish together, and I’m happy to the support the Peabody Museum of Archaeology and Ethnology in their efforts as the institution moves forward regarding future repatriations, collaborations, and restitution with a multitude of communities.”

Each repatriation is unique, and this one took several years, delayed in part by the pandemic.

Professor Philip Deloria, who chairs Harvard’s NAGPRA Advisory Committee, helped with the repatriation and took part in the ceremony.

“It’s a joyful moment,” the first tenured professor of Native American history said. “This has been a long collaboration and a good one, and we’ve found ways of helping each other. When we do these things, it reflects care of the objects, that these objects are going back to where they are meant to be. It’s a rightness, a rebalancing.”

History of art and architecture Professor Shawon Kinew was unable to attend the ceremony, but spoke about the repatriation as a member of the Peabody Faculty Executive Committee, a member of the Ojibways of Onigaming First Nation, an Anishinaabe (Ojibwe), and as someone raised in the ceremonies to which the scrolls and pipe were being returned. She explained that many sacred items were removed from their rightful caretakers during the same period of history in which Indigenous children were being removed from their communities and sent to boarding schools.

“For me, the child of a Canadian Indian residential school survivor, my father Tobasonakwutiban, a pipe carrier and high-degree member of the Mite’iwin, the repatriation of sacred scrolls and a grandfather pipe is powerful. I grew up in these ceremonies. I cannot go back in time and protect my late father from the abuse he suffered as a child at the hands of the church and state or console him during the nights he spent alone missing his parents. This repatriation reminds me that we, this present generation, can care for the family that came before us, our ancestors. I think of it this way: Through the return of ancestors like those going home to White Earth, we get to be the parents and protectors of those we are descended from — the grandfather pipe, the scrolls — and we are returned to them. We always belonged to them, and now this is restored,” she said.

Jane Pickering, William and Muriel Seabury Howells Director of the Peabody, described the repatriation as “powerful.” “These are uplifting moments for us at the museum, and I felt honored to be part of them. We hope it’s a beginning rather than an end, and an opportunity to create partnerships as the museum faces its history and what it means to be ethical stewards of the collections in our care.”

Arsenault and Patricia Capone, Peabody NAGPRA director and curator, are working on a research paper on repatriation. It will consider the process of the dialogue around the return, how Indigenous knowledge directed the outcome, and how the return supports tribal sovereignty and well-being, with plans to publish sometime in the fall.

“It was never right for the ancestors to live at the Peabody, where they were not visited, smudged, or feasted, all the ways they should be cared for. So in this sense, ‘we,’ as a community at Harvard, fell short of our responsibility to care for ‘our museum collections.’ We also were not doing right by our Indigenous students, who should feel they belong here, and can’t when their cultural patrimony and ancestors’ human remains are treated as objects of study as they continue to be,” said Kinew. “Through repatriation and by building relationships with Indigenous nations, we, at Harvard, are asking researchers to be better scholars, to do better work, to work with Indigenous nations, to ask new and more interesting questions.”