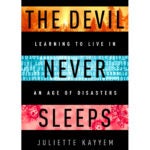 When disaster strikes, what you don’t know might kill you

Would Russia have invaded Ukraine if the decision were made by a committee instead of President Vladimir Putin alone?

Convention wisdom would suggest probably not. Individuals have all sorts of biases, but it’s long been believed that those leanings are diluted — if not entirely eliminated — when people come together to make decisions as a group, which is the way foreign policy is decided in many countries. Groups are believed to be more balanced, less given to “hawkish” decisions.

Think again. New research indicates this so-called “wisdom of crowds” is a myth. In a study of how small groups arrive at their conclusions, “Hawkish Biases and Group Decision Making,” in the journal International Organization, found that the same tendencies that influence individuals persist even in company.

“States are run by people; people have biases; and these biases shape how decisions are reached,” said the study’s first author, Professor of Government Joshua D. Kertzer. Describing his work as falling in the “gray area” bridging political psychology and international relations, he added: “If you want to understand why countries behave the way they do on the international stage, you need to focus on all of the parts of international politics that take place in between people’s ears.”

Previous studies have shown that cognitive biases tend to incline us toward aggressive stances in foreign policy. This “hawkish” bias can be attributed to three cognitive trends. The first, Kertzer said, is that we humans tend to become more accepting of risk when we are losing or fear losing. He likened this to the tendency of gamblers to “double down” when the cards are running against them.

“I’m going to keep doing riskier things than I would do otherwise precisely because I know that I’m behind,” he said.

Adding to the hawkishness is intentionality bias, the belief that the more something hurts or costs us, the likelier we are to believe it was done intentionally. Kertzer cites the example of someone who brushes by us while walking, an interaction we are likely to dismiss. But if the same person slammed into us, we would more likely view the event as an intentional attack.

Finally, he described the idea of reactive evaluation, which leads us to undervalue any proposal made by an opposing party, even if we might have made the very same proposal. “This can lead leaders to make more hawkish decisions than they would otherwise because they’ll reject peace deals.” He modeled the biased reasoning: “If we’re raising these terms they must be good, but because the other side is raising them they must be bad.”

To dissect how group decisions are made, Kertzer’s study built large-scale online experiments that asked various kinds of groups to perform tasks and then evaluated how they arrived at their results. The study included groups composed of similar and diverse members as well as those that made their decisions in varying ways, with organizational structures ranging from the horizontal to the hierarchical.

Across these differences, the findings were clear: None of these changes alleviated our hawkish bias. “Groups don’t seem to make significantly better decisions than individuals do,” Kertzer concluded. Noting that the tendency to accept or seek more risk in the face of loss may actually increase when people make decisions together, he added: “In some contexts, groups seem to make worse decisions.”

“One thing that is particularly important about this work is the way it challenges the idea of groups as a panacea for improving decision-making,” notes Carly Wayne, an assistant professor of political science at Washington University and one of the paper’s co-authors, along with Marcus Holmes and Brad L. LeVeck. “Groups may be just as likely as individuals to make decisions in a way that leads foreign policy in more hawkish directions.”

And how might that have panned out in Ukraine? “It looks, for example, like Vladimir Putin might be willing to push for more risky military action as a result of Russia’s invasion of Ukraine being less successful than he anticipated,” said Kertzer. “Our findings suggest that group deliberations aren’t likely to reduce this type of risk-acceptant behavior.”

“When we think about how decisions are made in foreign policy, sometimes we have been reluctant to acknowledge that things like psychological biases might be playing distorting roles, the assumption being that these other countries that we’re facing must be hyper-rational,” concluded Kertzer. “One of the practical implications of this study is that we shouldn’t rule out the notion that psychological biases might be at play, even in a group decision-making context.”