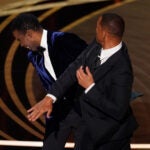 Nobel-winning economist says main problem is that money talks, gets to make all rules

Nobel Prize-winning economist Joseph Stiglitz wrote a decade ago about an alarming wealth and income gap in the U.S. that had been set into motion by years of policy decisions but exacerbated by the 2007-2008 global financial crisis.

And things have actually gotten worse since the publication of “The Price of Inequality: How Today’s Divided Society Endangers Our Future” in 2012, he said in a discussion with David Autor, Ph.D. ’99, Monday evening at Harvard Kennedy School.

“We have more inequality than other countries and remarkably less equality of opportunity than almost any other country,” said Stiglitz, University Professor at Columbia University, during the 2022 James M. and Cathleen D. Stone Lecture in Economic Inequality, hosted by the Institute of Politics.

Since the release of Stiglitz’s book, data and analysis by economists such as Thomas Piketty, Emmanuel Saez, and others have brought the harms and expansive growth of economic inequality into sharper relief, he said.

One of the biggest changes since 2012 is the role politics plays in both shaping the discourse about inequality and creating it. Inequality was once explained as a natural result of technological innovation that had increased demand for skilled labor and cut demand for unskilled labor. While still “important,” Stiglitz told Autor, a visiting professor at HKS, it’s now clear that the rules of our economy also “matter a great deal” in fomenting inequality.

“A large part of the story is our legal frameworks, the rules that we write down and including the rules about how you make those rules. If you have a politics where you have a minority controlling the majority … then you can have an economic system where you stop enforcing antitrust laws; you don’t keep up with the changes in technology and digital platforms; you weaken unions — there are a whole set of things that can change the balance of power,” he said, referring to influence of the wealthy on the political system.

The resurgence of populist, nationalist political movements around the world, including in the U.S., shouldn’t have been surprising given the degree of inequality the country experienced in 2012 after the Great Recession, where 91 percent of the economic recovery went to the top 1 percent, said Stiglitz, who received a Doctor of Laws degree from Harvard in 2014.

Inequality “creates a fertile field for populists,” he said. “It gives them an argument that they can make about the system being rigged. And that’s especially true when the inequality is created by political processes — where there are people who aren’t paying their fair share of taxes, where people feel that they’re exploited in one way or another by the system.”

The inherent danger is that populists “don’t have answers” to these problems, he said. They simply “prey on this discontent.”

“The strongest example of that was Trump’s 2017 tax cut, which, when fully implemented, would have raised taxes on the vast majority of people at the bottom. … That’s the sort of bait and switch of some of the parties on the right, that are trying to take advantage of that discontent.”

Asked why Democrats lost favor with blue-collar voters despite the party’s long history promoting pro-labor and wage-growth policies, Stiglitz said both parties have failed, starting with the Clinton administration, to effectively address the economic effects of deindustrialization. The Republican party has embraced anti-intellectualism and stoked distrust in science, which attracts those who feel disrespected by elites; and Democrats have prioritized certain policies that have limited appeal.

“One has to remember that a majority of Americans are not college graduates and are not paying back student loans. So, if you’re making student loans a big issue, you are ignoring the part of your electorate for whom going to college was never even considered,” said Stiglitz.

Inequality has played a major role during the pandemic, both in terms of who thrived financially as well as who survived.

Stiglitz said though the virus has been blind to economic standing, the country’s policy of predicating Americans’ access to health care on employment and their ability to pay has left a large segment of the population without proper medical care and contributed significantly to the nation’s 977,000 COVID-related deaths.

“One of the reasons why we’ve done so poorly is we have the worst system of social protection,” said Stiglitz. “We are the only advanced country that doesn’t have mandatory sick leave. And with 40-50 percent of Americans living paycheck to paycheck, if you get sick, you have to go to work if you possibly can.”

On climate change, “obviously” more research into which policies will most effectively stop its advance is needed, he said.

“I think one of the mistakes that a lot of the economists have made is looking for a single answer,” like a price of carbon, essentially the estimated costs associated with the impact of a certain amount of greenhouse gas emissions. “A price of carbon is very important, but you also need regulations. You need public investment. A price of carbon is not going to solve the problem of public transportation systems or the basic research that is going to come to be so influential in determining whether we are going to be able to move quickly to renewable energies. So, we need comprehensive policies,” said Stiglitz.

Ultimately, he said, we will need new political approaches. “We haven’t given sufficient attention to future generations, and we need oversight to make sure that we do.”