When will hot housing market finally start to cool? 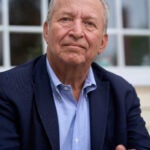 The U.S. housing market is tight and expensive and shows no signs of easing. Existing home sales hit a 15-year high in 2021, with 6.12 million sold, a jump of 8.5 percent, according to the National Association of Realtors. Median sales price climbed 15.8 percent in the period. In December, only 910,000 homes on the market remained unsold nationwide, an all-time low. And Zillow, the online real estate sales platform, this week revised its 2022 forecast upward, predicting home prices will surge 16 percent nationwide.

The current crush was set off by a flood of panicky urbanites who fled more densely populated places like San Francisco, Los Angeles, and New York City for the countryside early in the pandemic. Some purchased or rented a second house; some stayed at their weekend getaway or decamped to a family retreat. And even though many have returned, the market remains hot.

The Gazette spoke with Nori Gerardo Lietz, a senior lecturer who teaches real estate private equity at Harvard Business School, about what’s going on and whether rising interest rates may offer some relief. The interview has been edited for clarity and length.

GAZETTE:  The current crunch was sparked by urbanites fleeing the pandemic, but most of them have returned to their original cities and yet housing prices are still climbing across the country. What’s going on? Are we in another housing bubble like in 2008-09?

GERARDO LIETZ: Housing prices are at pretty stratospheric levels. There were a whole lot of risk factors in the Great Recession that contributed to the collapse: It was availability of credit to subprime borrowers, the syndication of these mortgages in the residential mortgage-backed securities market, which perpetuated this flow of capital to borrowers everywhere. And when you have a whole lot of money, prices adjust up.

We’ve seen similar factors here, but there are some significant differences. We don’t have a subprime crisis like we did right before the Great Financial Crisis. What we have are unprecedented low interest rates that people are scrambling to lock in before rates rise — because everybody knows that rates are going to go up. Has the Fed’s policy contributed to the rise in residential assets across the board? Absolutely. But that’s only one part of the problem.

In a number of major, competitive markets, whether it’s San Francisco or LA or New York or even Boston, during the pandemic many people did leave. Boise, Idaho, had the strongest appreciation of any housing market in the United States. But, you correctly point out, people are coming back. They may still be working from home, but they’re working from home in those cities.

GAZETTE: Why does inventory remain so low across the country, and can anything be done to help ease the crunch?

GERARDO LIETZ: At the end of the day, it’s a function of supply and demand. There’s so much demand for people who want housing, especially if it’s in any way affordable, that the prices are just getting jacked up. And there’s more demand than there’s absolute supply or inventory, as you correctly point out. We have seen, predominantly in California, a pretty massive exodus of people going to Boise, to Texas, to Nevada, where the tax rates are significantly lower. That is causing disruptions in those local markets because of the influx of new people. The delta between the cost of homes in California or in Boston or New York relative to Boise is huge. The question is, once those people go there, are they going to stay there, and will that be a more permanent change in those local markets? I think that remains to be seen.

One of the big issues is regulatory policies. Notwithstanding the desire to have more affordable housing, there have been a lot of constraints on builders to build it. For example, the city of Cambridge has height restrictions on what people can build. Even when there’s clearly more than enough demand, developers aren’t allowed to build up. The same thing is happening in California, especially in San Francisco. You can’t go above a certain height. That’s a mistake. We are seeing some shifts. The state of California, as an example, just recently adopted a statute that is supposed to encourage increased density.

We need to build more housing units. To solve some of these problems and to do it in a sensible way and in a more sustainable way, these policies have to be taken on and examined. Where do we want people to live? Do we want people driving these hourlong commutes into a city? That’s not very sustainable. Allow people to build housing along transit lines — we have to do that. We have to let people go vertical so that we can declutter the roads. There are a lot of people who don’t want to do it; they don’t want to see more density in their backyard. I’m hopeful that the policymakers will begin to change their perspectives and encourage people to build and allow the density. Because it really makes the most sense to have more dense urban areas where you have people who can use public transportation as opposed to moving far out into the suburbs. But we haven’t seen enough of that to make an impact on inventory at this point in time.

GAZETTE: Though still very low, mortgage rates are trending up in 2022, with rates jumping this week. The Federal Reserve Board is set to raise short-term interest rates this month and is expected to raise rates again before the year’s end. What effect will that have on the housing market?

GERARDO LIETZ: The Fed is signaling there may be as many as four rate hikes. When the cost of borrowing goes up, it does tend to put a damper on buyers. Quite honestly, it would be a good thing for the housing sector to just cool off for a little bit. But there’s no question that the rising rates will have some impact on slowing the growth of appreciation. I’m not saying it’s going to eliminate it, but I think it’ll take a little steam out of the sector. Which is what the Fed wants to do — take some steam out of the economy.

GAZETTE: Will rising rates start to drive prices back down at all?

GERARDO LIETZ: I don’t see prices really coming down substantially near-term. A 4 percent or 5 percent mortgage is still pretty cheap. It’s when rates really climb that you get into the affordability issue of whether somebody can make the mortgage payments. Rates would have to move fairly substantially, just given how low rates are right now. There’ll be lots of people who still qualify for loans. They’re out there. But, is there a home for them to buy?

The bigger problem is on the rental side, with people who are in an apartment, something bad happens to them, and they don’t have the ability to make their rental payment. I think landlords are going to be pretty cut and dried about just saying, “You’re out.”

Remember, landlords were getting some COVID relief benefits, as well as tenants. The federal government and the states have taken away much of that support. Also, eviction moratoriums are lapsing. Those who haven’t been able to go back to work and/or receive the support they were getting from the federal government, not just in terms of rental support but also childcare credits, etc., will face troubling times. So, it’s going to be interesting to see what happens on that side of the equation.