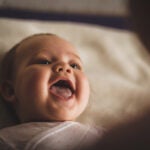 How the pandemic may affect baby’s brain

New research in JAMA Network Open that was led by investigators at Harvard-affiliated Massachusetts General Hospital and Brigham and Women’s Hospital suggests that male and female physicians may assert themselves differently in academic settings — especially in large, in-person classes, but with differences less evident in smaller or virtual classes. This may lead to gender biases in grading that disadvantage female students and trainees.

“As a student in courses at the Harvard School of Public Health, I repeatedly noticed students, and especially women, using phrases like ‘Sorry to interrupt’ or ‘Maybe I missed this’ before asking a question,” says lead author Sara J. Cromer, investigator in the Department of Medicine at MGH. “This led our team to ask ourselves whether men and women assert themselves differently in academic classrooms, including both how often they speak and how they express themselves.”

For the study, students in a graduate-level certificate program — predominantly physicians in the fellowship stage of training — were observed during large, lecture-based classes and smaller, discussion-based classes for two weeks in July 2019 (in-person) and six weeks in July-August 2020 (virtual). In 2019 and 2020, 156 (60 percent women) and 138 (61 percent women) students were observed, respectively.

Cromer and her colleagues found that women both asked and answered fewer questions than men in large in-person classes. These differences were not seen in small classes and were decreased in virtual classes. Also, deferential language was more common in questions asked by women than in questions asked by men in large classes, whether held in-person or virtually, but there was no gender difference in deferential language use in small classes.

“These findings have important implications for how students are evaluated,” says Cromer. “If classroom participation is a major element of grading, this may disproportionately disadvantage women, resulting in gender bias in grading.” She stresses that medical and public health schools should be aware of this difference so that steps can be taken to assess and avoid systems of evaluation that may be biased towards characteristics more common in men.

This work was supported by the Partners Centers of Expertise Medical Education Grant.