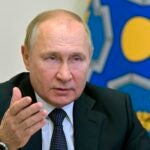 Decision could upend four decades of legal precedent allowing use of race as factor in decisions, alter higher education in U.S.

The U.S. Supreme Court announced Monday it would hear oral arguments likely this October in a lawsuit challenging race-conscious admissions policies at Harvard and the University of North Carolina. The outcome of the case could dramatically alter higher education in America.

The justices agreed to take up the question of whether Harvard, and colleges and universities across the country, can  continue to use race as one factor among many in their admissions processes. In its announcement, the Court said it would hear the Harvard case in tandem with a similar lawsuit brought against the University of North Carolina at Chapel Hill.

Both a federal district judge and a federal appeals court previously found in Harvard’s favor in the case that was launched in 2014 by Edward Blum and the organization he created, Students For Fair Admissions. The Supreme Court has upheld the use of race as one factor among many in admissions since the landmark Bakke case in 1978 and as recently as 2016.

In a statement, Harvard President Larry Bacow said the Court’s decision to take the case threatens decades of legal precedent. He insisted Harvard will continue to defend its admissions process in pursuit of a diverse campus, one central to the University’s educational mission.

“The Supreme Court decision to review the unanimous decisions of the lower federal courts puts at risk 40 years of legal precedent granting colleges and universities the freedom and flexibility to create diverse campus communities. Considering race as one factor among many in admissions decisions produces a more diverse student body which strengthens the learning environment for all,” he said. “The U.S. Solicitor General rightfully recognized that neither the district court’s factual findings, nor the court of appeals’ application of the Supreme Court’s precedents to those findings, warrants further review. Harvard will continue to defend vigorously its admissions practices and to reiterate the unequivocal decisions of those two federal courts: Harvard does not discriminate; our practices are consistent with Supreme Court precedent; there is no persuasive, credible evidence warranting a different outcome. The University remains committed to academic excellence, expanded opportunity, and diverse educational experiences—and to the perennial work of preparing students for fruitful careers and meaningful lives.”

The Court’s decision to move forward sets the stage for a final legal showdown in a process entering its eighth year. The Court first deferred a decision on whether or not to take the Harvard case last June when it asked Solicitor General Elizabeth B. Prelogar, the Biden administration’s chief litigator, to “file a brief in this case expressing the views of the United States.” In December Prelogar urged the Court not to take the case, citing the lower court rulings and Supreme Court precedent.

The case was first tried in 2018. Federal District Court Judge Allison D. Burroughs found in favor of Harvard in her October 2019 decision on all counts, ruling that the College didn’t discriminate based on race, engage in racial balancing or the use of quotas, and that it had no suitable race-neutral alternatives that would allow it to achieve its pedagogical and diversity-related goals. Just over a year later, in November 2020, the First Circuit Court of Appeals upheld Burroughs’ decision.

Material from previous coverage has been used in this report.