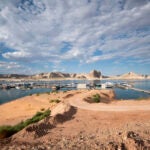 Soldiers of the Khmer Rouge, the brutal regime that ruled Cambodia in the mid-1970s, killed her 16 family members, beat her viciously, and left her to die atop a pile of corpses. She survived, but when she woke up, she realized she had lost her hearing.

The story, told by a Cambodian refugee, made a strong impact on Richard Mollica, who in 1981 was a young, idealistic physician leading a mental health clinic in Brighton, Mass., for refugees from Cambodia, Laos, and Vietnam. Inspired by a desire to provide the best care to the most vulnerable, Mollica set out to study the effects of trauma, becoming a pioneer in the field of refugee mental health.

That same year, four decades ago, Mollica launched the Harvard Program in Refugee Trauma to do research on the mental-health impacts of mass violence and offer clinical care and advocacy for survivors of war, torture, and natural disasters. The program also developed a new clinical approach that included diagnostics and treatment interventions and has transformed the care of refugees and trauma survivors, many of whom experience depression, anxiety, and post-traumatic stress disorders.

“Those unbelievable atrocities were just something we had never heard in psychiatry,” recalled Mollica, who besides directing the refugee trauma program is professor of psychiatry at Harvard Medical School. “We hadn’t even heard of the concept of torture in the field of medicine, and psychiatrists believed that people who had survived the worst violence were not curable.”

Through the refugee trauma program, more than 10,000 have received treatment in Cambodia, Bosnia-Herzegovina, Croatia, Italy, Japan, and the U.S. Mollica and his team also worked in New York City in the aftermath of the Sept. 11 attacks, and they often assist the U.S. Office of Refugee Settlement.

For Mollica, who has written more than 160 scientific articles on the subject, his main accomplishments have been to demonstrate that mental health problems of refugees and survivors of mass violence are treatable and that trauma survivors have the capacity to heal themselves.

“People are incredibly resilient,” said Mollica. “Trauma survivors often experience a great revelation from having lived through terrible violence. Those who have experienced extreme violence see ‘behind the curtain’ of everyday or normal life.”

“We hadn’t even heard of the concept of torture in the field of medicine, and psychiatrists believed that people who had survived the worst violence were not curable.”
— Richard Mollica

Mental health experts credit Mollica with “single-handedly” having begun a subspeciality in modern psychiatry. He created the Harvard Trauma Questionnaire, a cross-cultural screening tool to measure trauma, torture, and post-traumatic stress disorder that has been translated into 35 languages. He also developed a new concept: the “trauma story” as a centerpiece in the healing process, which involves listening to the stories of distress and pain told by survivors of extreme violence.

Gregory Fricchione, associate chief of psychiatry at Massachusetts General Hospital and director of the Benson-Henry Institute for Mind Body Medicine said that the trauma story is one of the most important contributions to the field of refugee mental health.

“The trauma stories are a modern-day version of parables because they are powerful, and they speak to the deepest recesses of our brains,” said Fricchione. “Richard was taught by his patients who survived the killing fields in Cambodia, the genocidal wars in the Balkans, or those who were devastated by the earthquakes in Japan and Italy, that in the face of traumatic events people can find healing, and that human beings can progress and heal.”

In his 2016 book “Healing Invisible Wounds: Paths to Hope and Recovery in a Violent World,” Mollica wrote about his clinical work and the lessons he has learned from trauma survivors.

Those who overcome trauma, he found, tend to have strong relationships with relatives and community members and practice both altruism and spirituality. Their stories are a testament to their resilience and provide an example on how to cope with the tribulations of daily life.

Svang Tor, a Cambodian woman whose husband was abducted by the Khmer Rouge, has been working with Mollica in the clinic since the beginning. Like many other Cambodian refugees, Tor experienced sadness and anxiety when she first arrived, but assisting others has helped her healing process. “It takes a long time to heal,” said Tor. “But it helps healing when people find a way to get together and help each other.”

Mollica agreed. Trauma survivors discover ways to get better and find peace, underscoring the fact that human beings have an inherent ability to self-heal. Their stories also represent hope. Mollica recalled a story told by a Vietnamese military officer who told of how he held on while being tortured by captors. The enemy soldiers forced him into a barrel and covered it every night for a year. What saved the man from madness or despair, he told Mollica, was listening to the chirps and croaks of the frogs.