In a country shadowed by death, God gets a pass. Why? 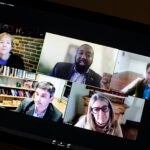 The righteous Job knew the drill. In the story from Hebrew scripture, God condemns the upstanding, devoted family man to an unfathomable stretch of suffering. But in the end, faith endures.

Still, the famous book of the Bible never answers a critical question: Why does the divine allow suffering and evil to exist in the world? Instead, it suggests that the reasons for earthly woe are unfathomable to mortals. When Job bemoans his persecutions and seeks an explanation, his maker appears out of a whirlwind to rebuke him, essentially responding that Job has no idea what the supreme being is dealing with on a daily basis, and that he has to just trust that God knows best.

A new study suggests that most of us are fine with that answer.

Ninety percent of Americans believe in a higher power, according to a 2018 survey by the Pew Research Center. You might imagine that many in that group would question their faith or even point the finger directly at God amid the suffering and death of the COVID era. But in a more recent Pew study, a survey of 6,485 U.S. adults conducted in September, the vast majority of respondents blamed random chance or other people for the pain they see in the world.

More than 80 percent of the group said that “sometimes bad things just happen” reflects their thinking either very well or somewhat well. Eighty percent said that most human suffering comes from the actions of other people, not from God. Half the respondents endorsed the idea that God chooses not to stop the suffering in the world because it is part of a larger plan.

To some, the results might seem like a contradiction, but to David Lamberth, a professor of philosophy and theology at Harvard Divinity School who helped design the study, they are more “a play of independent variables.” The statement that God chooses not to stop the suffering in the world because it fits in a larger plan is related to what is sometimes called the “totality theodicy,” he said.

“This view, advanced by numerous theologians in one way or another, is the notion that the evils and sufferings we experience are part of a plan that yields a greater final good.” In short, God chooses the general rules of the system, he explains, but not the particular ways it plays out for individuals.

According to this theodicy — a term coined by the German philosopher Gottfried Wilhelm Leibniz — people within the system “have free will and are responsible for much of the suffering in the world,” said Lamberth.

Lamberth thinks the survey highlights the ways in which most Americans engage with religion. While the question of why God permits suffering has occupied some of the greatest philosophical thinkers in history, most believers don’t dwell on it, he said. Instead, they simply look to God for solace in times of suffering and to their religious communities for support through hard times.

“Philosophers and sometimes theologians really take the question of the scale of evil and suffering to be an indictment of belief in God, but I don’t think religious people often have,” Lamberth said. “That’s not to say many of those philosophers and theologians weren’t and aren’t themselves religious; it’s just to say it’s a specialized discussion, which maybe doesn’t occur to the majority of people in a broad way. Suffering brings people to question within a religious context but doesn’t necessarily cause crises of faith or religious identity. And that might account for why there’s not really a noticeable impact on the measures of belief in God and things that Pew has reference points on, in light of the pandemic.

“This view, advanced by numerous theologians in one way or another, is the notion that the evils and sufferings we experience are part of a plan that yields a greater final good.”

A Summer School course Lamberth teaches, “Facing Suffering and Evil in the Modern World,” includes a discussion about Jean Jacques Rousseau’s response to the Lisbon earthquake of 1755, which killed tens of thousands of people. The French philosopher argued that the degree of suffering in the Lisbon earthquake was a product of human activity based on how the city was built and how tall the buildings were, and pointed out that natural disasters happen all the time, but when people are spared the consequences (or seem to be), we hardly notice. Rousseau’s arguments seem to resonate with the younger generation, Lamberth said.

“Students today think about the broader environmental system. In much of what used to be categorized as an act of God, they see the broader impacts of human activity through things like climate change. And so, in the intensity of hurricanes and other devastating weather events, I think many students today see a human hand.”

In terms of the response that “sometimes bad things just happen,” Lamberth sees it as “not uncharacteristic of our broader American culture where we think of power and causality as being somewhat distant from our individual lives … given that, I think we’re not actually of a mind to step back and try to integrate a whole system as a way of accounting for what we see happening routinely.”

Lamberth also noted that Job’s struggle can help shine some light on why people don’t blame God for suffering. “That’s long been a part of the tradition, too, the idea that the perspective that we occupy is different from the divine perspective. And it’s different in such a way that perhaps we don’t or can’t exactly know how to comprehend it.”

Another result that Lamberth found interesting was the widespread belief in reincarnation. He was struck by the fact that more than one-third of respondents said they believe their soul will be reborn in another form, “because that’s not a belief that coordinates strongly with any branches of either Christianity or Judaism. Four in 10 adults under the age of 50 believe in reincarnation compared with 27 percent of those 50 and older.

“Presumably we see the increasing representation of non-Western religious traditions over the last 50 years in the U.S. there, but what’s novel about that is you can see so many people really having multi-religious views, views that bring together ideas from other religions, even though they consider themselves to be Christian or Jewish or Muslim, for example.” 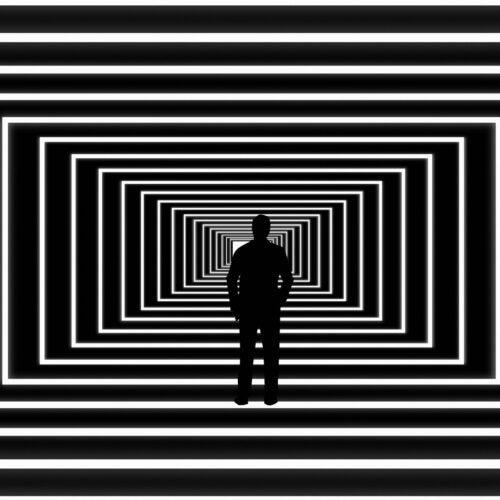 As global COVID toll hits 5 million, Harvard philosopher ponders the intimate, universal experience of knowing the end will come but not knowing when