Your best, worst traits: Was it something mom did while pregnant? 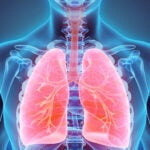 Cancer clues in a drop of blood

Beliefs about which specific maternal behaviors or experiences have lasting effects on gestating offspring have shifted widely over time. In her new book, “The Maternal Imprint: The Contested Science of Maternal-Fetal Effects,” Sarah S. Richardson, professor of the history of science and of studies of women, gender, and sexuality, gives this rich history a clearer context in the discussion of reproductive responsibility. The Gazette spoke to Richardson, director of the Harvard GenderSci Lab, which studies biomedical research on sex and gender, about birth weight, bibliometrics, and her personal connection to histories of maternal stress. This interview was edited for clarity and length.

GAZETTE: “The Maternal Imprint” seems to intersect your professional and personal lives. Can you talk about why you wrote it?

RICHARDSON: My ear was turned by reading about studies of intergenerational Holocaust trauma at the level of the gene. This was around 2010, when a new field of science called epigenetics was emerging, claiming to solve a longstanding and problematic question in genetics, which is: How does the environment interact with our genes to change the way we grow and develop?

The hope was that these patterns of intergenerational transmission of trauma that had been explained narratively through stories could somehow be verified through empirical, material science. And I am the granddaughter of a Holocaust survivor. I am also the granddaughter of somebody who lived through the famed Dutch famine, which is another major study area in this field. So I couldn’t help but be riveted.

Furthermore, all of these claims were constructed through the matriline. I recognized as a historian of science that this new science was re-energizing a set of claims from the history of biology and genetics regarding the unique contribution of the mother to heredity. I saw it as deeply intertwined with a set of contestations about genetic determinism, and with conceptions of our bodies as both biological and social.

“The hope was that these patterns of intergenerational transmission of trauma that had been explained narratively through stories could somehow be verified through empirical, material science.”

GAZETTE: Your research details a lot of eugenics history. What did this field have to offer you in the context of reproduction?

RICHARDSON: I was writing the chapter on prenatal culture when I was pregnant with my first child, and I actually found comfort in reading some of those funny ideas — for example, that you could do math equations while you’re pregnant to make a child who would be an accountant. It was sort of a beautiful thing. They were encouraging women to take control of their lives as pregnant women and suggesting that you could have some control over your future offspring, which in our current environment, where the risk discourse and the surveillance of pregnant people is incredibly intense, was such a different, almost magical space to step into.

I also think people will be surprised — and this is a well-known fact, though continuously underappreciated — that in the eugenic era, it wasn’t all about genetic determinism. It encompassed a wide range of prescriptions for health that included modes of behavior for before getting pregnant, while you are pregnant, and early development, that were laden with social values about the kinds of lives that were valuable.

GAZETTE: Maybe my favorite phrase in the book is “pop-science catnip,” which is what you call epigenetics. Can you explain?

RICHARDSON: Epigenetics has been cast in public conversation as something that allows you to shape your own potential and overcome hereditary limitations. This possibility of self-help, of plasticity, and of improvement and optimization walks right into our constantly contested ideas about our bodies, how we’re situated in generational time, and the degree to which outcomes are the result of nurture versus nature. And then you add the gender part, with women warned that if you eat a single potato chip you could be destining your child to a life of sloth and ADHD — definitely pop-science catnip.

We’re all very familiar with claims of the risks of fetal alcohol poisoning, or of not having enough folic acid in your diet when pregnant. This all comes from an earlier era of teratological research, which focused on an exposure to or deficit in a specific chemical agent or teratogen, imbibed by the mother, carried across the placenta, and impacting the fetus.

I am, in this book, talking about a different register of claims: this phenomenological thing called “maternal effects.” It’s something mediated by the mother’s body — her constitution, her condition, her environment. An obese mother would be an example of the prototypical exposure environment. The causes are very subtle exposures, and the effect sizes are small. We’re not talking about birth defects that are visible at birth that are extremely disabling. We’re talking about a couple of extra centimeters on the waist at age 59 after some exposure in the womb.

In short, this new field of science studies the coupling of small variations in the fetal environment with small variations in long-term health or development. It’s a different register of claims — and this is something I’m very interested to explore in the book, what I call crypticity, which characterizes the field’s knowledge landscape.

“This possibility of self-help … walks right into our constantly contested ideas about our bodies … And then you add the gender part, with women warned that if you eat a single potato chip you could be destining your child to a life of sloth and ADHD — definitely pop-science catnip.”

GAZETTE: You devote a chapter to birth weight, which has such an outsized reputation as a birth marker. Talk about your findings.

RICHARDSON: I could have written a whole book on birth weight, and maybe I should. It’s fascinating. Isn’t it incredible that we write on our birth announcements what the weight was?

The fascination with birth weight really developed in the ’60s and ’70s, a precursor to the same set of questions fascinating scientists today in the field of fetal epigenetic programming research. Could it be that the variation in fetal environment is a cryptic, as-yet-unappreciated cause of variation in life outcomes in the world? A whole body of scholarship — tens of thousands of papers — emerged correlating birth weights, which you can easily retrieve from birth certificates, with everything from health conditions and lung disorders to things like IQ, which I talk about in this chapter.

This research was racialized from its inception. It’s well known that there’s quite a racial disparity in birth weight in the United States, and that’s been quite persistent over time. I tell the story of scientists’ attempts to figure out why. The original theory was that it was all genetic, and there was just a different baseline for Black American babies [more of whom have low birth weights] compared to white American babies.

Two African American pediatricians, whose stories I was delighted to tell in this book, turned that theory around in the 1950s and ’60s by showing that birth weight cleanly correlates with income and access to prenatal care. This is the moment that maternal-effects science becomes entangled with a progressive biosocial science that has a vision of understanding how the social gets under our skin.

But as I show, the story turns out to be endlessly complex. Interpreting birth weight requires knowledge of the life history of how an individual became small as well as the context for how they became small. As a result, scientists eventually agree that birth weight is not a measure that is informative across populations for thinking about prenatal exposures. And that’s how we get to epigenetics.

GAZETTE: You said you could have written an entire book on birth weight. Were there other topics on which you found yourself deep in a rabbit hole that could have gone deeper?

RICHARDSON: Well, eugenics has been widely written about, so people think we have told its story. The literature is voluminous, encompassing nearly 50 years of production across the globe. My question was: What did these folks think about prenatal influences? That story had not been told. To get at this, I engaged in some mild empirical bibliometrics, which for me was new. I counted lines of text in dozens of formative eugenic books and made tables! After this work, it’s clear to me that we have so much more to understand about the full scope of eugenic ideas.

GAZETTE: Some pregnant people have access to so much information while others have not enough. What’s the lesson for researchers — or doctors, for that matter — in this book?

RICHARDSON: I would argue that in this moment we are at a high point for a highly medicalized approach to pregnancy combined with an expectation that pregnant people are aware of and following the most recent science, with genetics being our premier, elite paradigm for understanding risk. So, there is a priming of pregnant people to be very aware of every new piece of evidence and, in fact, to adapt their behavior in relation to it, combined with tremendous anxiety about optimizing birth outcomes.

Scientists in this field are incredibly passionate about bringing empirical science and novel tools like epigenetics to bear on questions on improving fetal outcomes. Regardless of their intentions, however, their work is received in a heightened risk discourse frame, where everything is positioned as either you are either hurting or helping your fetus. Under these conditions, parents and practitioners are not well-empowered by new epigenetic claims to make reasonable judgments about which risks to accept or not in the context of their own life. 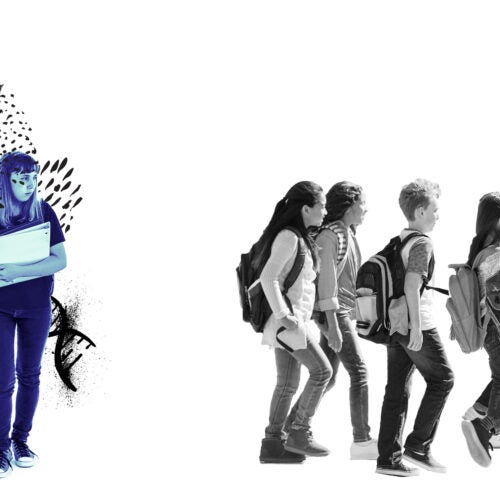 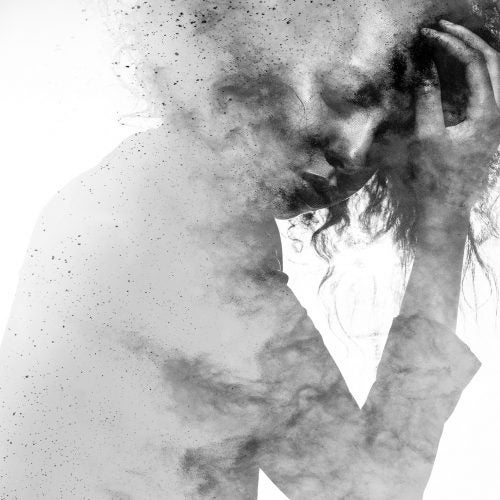 How we handle stress at 45 linked to prenatal exposure