Difference between Rittenhouse and McMichael-Bryan verdicts? 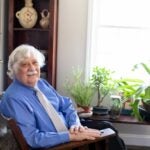 The two high-profile trials that gripped the nation concluded last week with vastly different results. Defendants in both cases claimed self-defense in fatal shootings amid race-related circumstances. Kyle Rittenhouse, 18, a self-appointed armed guard, was acquitted on charges of killing two white men and wounding a third at a protest following the police shooting a Black man in Kenosha, Wis. Travis and Greg McMichael and William “Roddie” Bryan were found guilty of chasing down and killing Ahmaud Arbery, 25, a Black jogger whom the three unjustly suspected of break-ins in their Georgia neighborhood. Caroline Light, a senior lecturer and director of undergraduate studies in Women, Gender, and Sexuality, has written extensively on the weaponization of self-defense claims. Light spoke with the Gazette about the outcomes of the Rittenhouse and McMichaels-Bryan trials, and how the verdicts will affect “stand your ground” and other similar cases involving gun violence.

GAZETTE: Could you discuss a bit how the defenses in both cases attempted to claim self-defense and why it did or didn’t work out for them?

LIGHT:  Both cases involved white men with firearms claiming not only the right of self-defense to use those firearms lethally, but also a claim of reasonable fear. In other words, both defenses were arguing similarly that their clients were acting “in fear for their lives.” This is a key recurrent trope that we see in self-defense cases nationally, when a white or white-passing male individual with a gun claims to “stand his ground” against what he perceives as a lethal threat.

The biggest common thread between these two cases in different parts of the country with different legal scaffolding is that in both cases, the defense did their best to prove that their clients were acting “in fear for their lives.” To do that they had to prove to the judge and jury that the targets of their violence were seen as a reasonable threat. The defense had to show that Arbery posed a lethal threat to the McMichaels and to Bryan, and similarly, that those people shot by Rittenhouse posed a lethal threat to him. What comes from that practice rests at the core of justifying lethal self-defense in this nation, which is the capacity to reverse the order of victim and perpetrator. You can see how in both cases, the defense requested — in one case that was granted and in another wasn’t — that the word “victim” not be used to refer to the target of firearm violence.

In the Rittenhouse case, the judge granted the request not to use the word victim to refer to those people targeted, but he did allow the targeted individuals, including the deceased individuals, to be referred to as rioters or looters. This amounts to a very unbalanced characterization of the targets of violence. In the case of Ahmaud Arbery, the defense did not succeed in disallowing the terminology of victimhood from characterizations of the deceased. However, the defense did characterize Ahmaud Arbery as monstrous and terrifying. They did everything they could to essentially put Ahmaud Arbery on trial, as someone who was deserving of lethal violence.

GAZETTE: What is your key takeaway from these trials?

LIGHT:  I tend to push back against the claim that the cases should be considered as very specific snapshots of adjudication around self-defense or as reflections of a particular local legal landscape. We need to look at the wider legal scaffolding in which self-defense claims are adjudicated and also look all the way back to the very origins of justifiable homicide in the context of settler colonial violence and slavery. Given the nation’s long history of weaponized self-defense, we should not be surprised at the recurrent theme of the role reversal of victim and perpetrator as common threads through these contemporary cases.

Consider how claims of reasonable fear and self-defense are also pervasive amidst increased vehicular homicide in this nation, as people drive their cars into peaceful protests and then claim they were in fear for their lives. This is a recurrent trope, a spin-off from “stand your ground” laws. We’ve seen this in Florida, and other jurisdictions, especially in the wake of the 2017 Unite the Right rally that resulted in vehicular homicide by a man who claimed that he was in fear for his life when he drove through a crowd of peaceful Black Lives Matter protesters. I worry about the emboldening effects of these acts of violence across the nation.

GAZETTE: In a piece for Slate earlier this year, you talked about how “stand your ground” laws are crafted to appear gender- and race-neutral but instead are the opposite. Could you expand on that?

LIGHT:  The genius of the “stand your ground” laws and legal codes is that they appear to enshrine a universal right for all law-abiding citizens to use force, including lethal force, when they reasonably perceive a threat, and to claim after using lethal violence that they were “in fear for their lives.” While it appears on the surface to be gender- and race-neutral, what the laws actually do is empower select types of law-abiding citizens to claim that they were in fear for their lives, while excluding the most vulnerable people from claiming reasonable fear for their lives when they use lethal violence against their largest statistical threat.

A prime example is when women, especially low-income women and women of color, use lethal violence against their largest statistical threat, their own male acquaintances, usually lovers or ex-partners. When women try to “stand their ground” against their abusers, they end up being criminalized; they end up excluded from the exonerating rhetoric of self-defense. Again, we see how this role reversal of victim and perpetrator works along the axes not only of race, but also of gender.

GAZETTE: Why did Rittenhouse’s claim of self-defense work, but it did not work for the McMichaels or Bryan?

LIGHT: We need to attend to the power of judges and specific courtrooms and juries to influence the outcome of these cases. I think that the judges had a very powerful role in framing each case. In the case of Kyle Rittenhouse, there was a judge who did pretty much everything in his power to tip the scales in favor of characterizing Kyle Rittenhouse not as a lethal threat, but as a vulnerable young man who was just trying to help. When the judge disallowed referring to Kyle’s targets as victims, that helped frame Kyle as the victim rather than the perpetrator. The jury was also instructed to look at a very specific temporality in the incidents, rather than looking at prior incidents where the defendant may have demonstrated violent behavior or expressed joy or celebration after having killed. The judge disallowed those pieces of evidence of ill intent. Whereas in the trial of the McMichaels and Bryan, the judge seemed more open to expanding the chronology to consider why these men decided to pursue Arbery and then to trap him with their cars.

We might compare it to women’s claims of self-defense against abusive intimate partners. In many of those cases, the jury is asked not to consider prior incidents of violence against the defendant. Excising a past of intimate partner violence from consideration by the jury makes it harder for a woman to reasonably claim she was in fear for her life in the moment she used violence against her abuser. These differential chronologies are influential to how a particular courtroom interprets a claim of self-defense as reasonable or spurious.