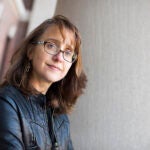 Difference between Rittenhouse and McMichael-Bryan verdicts?

“The Japanese attacked Pearl Harbor and tried to wipe out the American fleet. It was an unexpected blow and a very strong air-strike, and they almost got away with it,” said Starr.

Although the exact details of that day are a little fuzzy, his feelings about it 80 years later are crystal-clear. Asked to describe his emotions when he heard the news, Starr said: “I would have to use an expletive.”

The Navy required him to swear that he was unmarried to be accepted; Starr was single at the time and swore to it. But not long after, the service changed the policy. Starr got married in 1942, calling it “the best thing I did.” He would remarry after his first wife, Adele, with whom he had two children, died in 2006. His second wife, Jacqueline, died in 2018.

Starr trained in New York and then in Annapolis, Maryland, before being assigned to the SS Ahrens as a communications officer “escorting convoys back and forth across the Atlantic.” Later he was sent to the Pacific theater. “I worked for Admiral [William] Halsey escorting his fleet; he was fighting the Pacific war,” he said. The Ahrens was named after Edward Henry Ahrens, a Marine who was killed in action during an assault on the Japanese-held Tulaghi Island and was posthumously awarded the Navy Cross for his heroism.

“I lost good friends,” said Starr. “We lost friends who got sunk in the Atlantic, and then we lost them in the Pacific.”

When he heard that the fighting had ended, on Sept. 2, 1945, Starr said he and his fellow crew members had the same reaction. “It’s finally over. Everybody breathed a sigh of relief.”

He remembered that in the early days of World War II, “there was divided opinion” about America’s involvement in the conflict. “When they started to sink American ships and kill American people … things started to change,” Starr said.

After returning from service, Starr went to work for a large department store, Bon-Ton. He remained in the retail business for the rest of his life. He only stopped working 10 years ago, at the age of 93. He only stopped playing tennis at 97. He lives in Rye, New York, and celebrated his 103rd birthday on June 10.