How close is China to becoming an economic superpower? 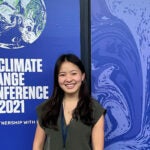 In 1921, Mao Zedong and 12 other young men met in Shanghai to found the Chinese Communist Party. In a recently published book, “From Rebel to Ruler: One Hundred Years of the Chinese Communist Party,” Tony Saich recounts the improbable story of how the party rose to power, maintained its rule through tumultuous times, and today is poised to lead the nation toward possible global dominance. The Daewoo Professor of International Affairs and director of the Ash Center for Democratic Governance and Innovation at the Harvard Kennedy School spoke to the Gazette about the party and its prospects.

GAZETTE: You suggest that the most remarkable accomplishment of the Chinese Community Party is its mere survival. Why is that?

SAICH: Generally Leninist party systems are not seen as being flexible or adaptable, but instead become ossified, resulting in their decline. By contrast, the Chinese Community Party has been very flexible, adaptable over time. And that relates to a second point: If you think about the challenges the party has faced over 100 years, its continued existence has been really impressive. It was almost destroyed in 1927 when its Nationalist partner turned on it. It did not look as if it would be victorious in the civil war, and of course it came through the split with the Soviet Union, the Great Leap Forward, the Cultural Revolution, the demonstrations of 1989, and the collapse of the Soviet Union. And despite all those various challenges, it has survived to the present day.

GAZETTE: Apart from its longevity, what would you point to as the most compelling achievements of the party?

SAICH: One was winning a civil war where the odds looked stacked up against them. The Nationalist Party had a much superior military force and controlled much more of the territory of China, and yet due to a mixture of mistakes made by the Nationalist armies and smart military maneuvering by Communist Party military leaders, they were able to turn the tables and win against insurmountable odds. I think the second achievement, fast-forwarding to the present period, is that it has overseen a period of extraordinary, strong economic growth, which lifted most if not all the population out of the absolute poverty that many of them suffered from as late as the late 1970s. And that I think is something that creates the higher levels of satisfaction amongst many people in China that are providing the Communist Party with a source of support.

GAZETTE: You note how even major setbacks sometimes served the party in the long term.

SAICH: Yes, when they came together to form the party in 1921, there were only just a small number of members, and the party really didn’t look as if it had much of a future. But by forming an alliance with the Nationalists, it was able to protect itself under the umbrella of the Nationalist military. Of course that base was destroyed in 1927 when the Nationalists turned on the Communists. But that misfortune pushed the Communists to bring their party to the countryside — a significant shift for a party supposedly representing the proletariat — and made them realize that their own military force would be essential moving forward. That’s one example where a disaster eventually turned out in ways fortuitous for the Chinese Communist Party.

GAZETTE: With China’s growing emergence as an economic superpower, it would seem the party’s future is secure. But you say that is not necessarily so. What are some of the major challenges it faces?

SAICH: I think there are three different sets of challenges China faces that may limit its future status as an economic superpower. First, we know that Chinese economic growth is slowing. One challenge is whether it can improve its economic performance in terms of total factor productivity and ensure that investment goes to those parts of the economy that produce more effective rates of return. To date they have struggled with that challenge. The state sector continues to dominate, and it tends to be more inefficient. Also, many of the factors that led to China’s rapid economic growth have either declined in importance or no longer exist. The demographic dividend is gone. Foreign direct investment, while strong, is unlikely to increase significantly. Trade can’t really expand much more than it is.

Secondly, much of China’s projected power globally is dependent on how other nations respond to its external activities. Many countries don’t see it as a threat, but it’s quite clear that in recent years negative opinions about China in most of the Western countries have increased significantly. And China does still need global engagement. In the political realm, there are two issues. In the reform period, China was extremely successful by allowing local initiative and permitting the non-state sector to grow. But now we’re seeing clear recentralization across the board. The question becomes: If the recentralization is pushed ahead, does that kill some of the initiative and innovation, which has been a hallmark of Chinese economic reform? Then there is the issue of the centralization of political power and whether having one single leader seemingly intent on staying in power for the foreseeable future is a stabilizing factor, as it is portrayed. I think it is destabilizing because the party has never really been very good at the politics of succession. And now we introduce the degree of uncertainty of not knowing when the succession might take place or who that successor might be.

GAZETTE: How optimistic or pessimistic are you about seeing democratic reforms in China?

SAICH: If the current regime stays in power I don’t think there is much possibility for movement in a democratic direction such as we might find in the West. All the signs at the moment are that the party is doubling down in its control over the state and over society, and that Xi Jinping certainly sees the party as the force to drive China forward. That means that as long as the party stays in power, the potential for democratic movement is extremely limited, and perhaps the best hope is for a shift from a harder authoritarianism to a softer form. Additionally, it does seem levels of satisfaction with the party and its performance are relatively high. The new middle class that is often associated with moves toward democracy doesn’t seem to be pushing for more democratic systems. And I think as long as the party is dealing with what it sees as the day-to-day material challenges of trying to get to grips with the problems of environmental degradation, they seem relatively satisfied.

“From its origins, the Communist Party has invested a lot of energy and effort into not only writing the official history but having that history accepted by members of society.”

GAZETTE: Are there insights from looking at the long view of the history of the Chinese Communist Party that might help today’s U.S. policymakers?

SAICH: Yes, I think knowledge of the history is important in a number of ways. The founders of the Chinese Community Party, while they believed that global proletarian revolution was the answer, essentially came together because they wanted to restore China’s wealth and power. From the very beginning to the present, the Chinese Community Party has always been intent on restructuring the global order to reflect better China’s national interest. That doesn’t mean it wants to overthrow the global order, but it does want to shape it so it is more conducive to China’s interests.

Additionally, from the party’s founding, there has always been ambivalence toward the foreigner’s role in China. Even in his first of July speech this year, Xi Jinping focused on China’s century-long “humiliation” at the hands of the foreigners. That plays into a basic nationalism, which is also now at the core of the Chinese Communist Party. That narrative of humiliation at the hands of the foreigners leads them to basically an attitude of distrust of foreign motives and foreign actors. Looking at the history, there is a similar ambivalence to the non-state, or private, sector. When the party was founded it was dedicated to eradicating capitalism, and in the 1950s it completely destroyed the private sector. Now the party needs it, but it has also made it very clear that it will dictate policies for the private sector and will keep bringing enhanced control over the development of that sector.

GAZETTE: Has the centennial been an occasion for the party to update its story?

SAICH: From its origins, the Communist Party has invested a lot of energy and effort into not only writing the official history but having that history accepted by members of society. And if we look at the current narrative, it glosses over those episodes where the party clearly made errors. Xi Jinping has stressed that there really is an unbroken line of continuity through Chinese Communist Party history that leads to him being the pre-eminent figure in the present. So the Cultural Revolution, which in the 1980s and 1990s was referred to as the decade of chaos that brought untold losses to Chinese society, is now seen as a period of experimentation, and that while mistakes were made it really was trying to deal with corruption, with bureaucratism. The purges and class struggles that went on during that time are glossed over. It’s really to present a much more unified history, one not broken by what would be termed or seen as unfortunate events by the party.

GAZETTE: How surprising is it to see the party in recent times draw on Confucianism and other Chinese cultural traditions?

SAICH: The interesting thing is that it has not done so for most of its history. From its origin, the party defined itself as representing a radical break with China’s past. So this reinvention of itself as being a part of a longer history has really only been forming over the last 15 years or so, and more particularly under the rule of Xi Jinping. He has stressed that it is the inheritor of the fine traditions of Chinese civilization. Why? I think it’s part of the Chinese Communist Party’s search for deeper forms of legitimacy. While the party talks frequently about Marxism, Maoism, Leninism, socialism with Chinese characteristics, you find very few people in China who either know what that means or really believe in Marxism. So I think by drawing that line of continuity to China’s past, they see that as enhancing its legitimacy in the present.