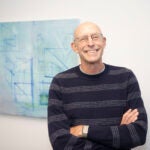 They’ve had similar experiences: entering a conference room filled almost entirely with men; being the only woman to take part in a panel discussion; getting judged more for their appearance than their expertise.

Jenny Town recalled being told by a viewer who had seen an interview with her on Al Jazeera that he didn’t like “the way her mouth formed words.”

“This isn’t the kind of feedback that men get,” said Town, an expert in North Korea and senior fellow at the Stimson Center, during a recent Zoom panel. The online discussion, “Pipelines and Ceilings: The Gender Gap in Nuclear Policy,” was sponsored by the Belfer Center’s Managing the Atom program at the Harvard Kennedy School. The event was part of a series of MTA panels exploring diversity and inclusion in national security and nuclear policy.

Town added that being the only woman in the room means you have to arrive “overprepared” and ready to be “questioned on everything.”

But Town and the five other women involved in nuclear policy and security work who took part in the virtual talk are determined to help close the glaring gender gap in their fields. According to a 2019 report by the United Nations Institute for Disarmament Research, men still significantly outnumber women in the area of nuclear diplomacy.

During a two-hour discussion led by MTA research associate Mariana Budjeryn, members of the panel explored the challenges they face as women in a male-dominated sector, the positive changes they have seen over the past decades, ways to move the needle even further, and the dire consequences of not having more women at the negotiating table.

Studies have repeatedly shown that diverse groups, “particularly gender-diverse groups, generate better outcomes than homogenous groups,” said Sarah Bidgood, director of the Eurasia Nonproliferation Program at the James Martin Center for Nonproliferation Studies. In the business sphere, that translates into higher revenues for companies with more inclusive boards, she said. In science, technology, engineering, and mathematics, similar research has demonstrated that more diverse author groups produce work that is cited more frequently and has a greater impact.

Such diversity is critical, she said, in addressing something as serious as nuclear nonproliferation. “When it comes to preventing the spread and the use of weapons of mass destruction, and nuclear weapons in particular, as we are discussing here, we can’t afford anything but the best possible outcomes, and we are limiting our own ability to do our jobs well by excluding women and other marginalized groups from the conversation.”

Developments in recent years show women at the table are helping drive important negotiations forward, said a number of the panelists who highlighted the 2017 Treaty on the Prohibition of Nuclear Weapons, an international agreement aimed at halting the spread of nuclear weapons. “Most of the advocacy for that treaty was led by female diplomats and female members of civil society, and it showed what can be done in a field this is considered predominantly male,” said Nomsa Ndongwe, a research associate at the James Martin Center for Nonproliferation Studies and an assistant director of global recruiting at the Middlebury Institute of International Studies.

Also, there is a question of simple fairness, particularly when it involves an existential threat like weapons of mass destruction, Bidgood said, which “don’t discriminate on the basis of gender … the bottom line is nobody would be excluded from experiencing the impact of these weapons, and therefore no group should be excluded from the conversations around the policies that govern their use.”

Sylvia Mishra, a new-tech nuclear officer at the European Leadership Network, noted that the United Nations office for Disarmament Affairs has been led by women twice in the past decade, and both created a number of programs also headed by women and focused on “bolstering the equities of women and women of color working in this field and raising and elevating their voices.”

But barriers remain. Systemic change and gender equity are still far-off goals, the panelists agreed, in a male-dominated, hierarchical field that to many still appears less than fully welcoming.

A 2019 study released by the think tank New America on the status of women in nuclear security reported that “the emphasis on the nuclear orthodoxy saw many women struggle to fit themselves into a stereotypical image of what a nuclear official should look and sound like in order to be accepted and deemed authoritative. Participants described working very hard to learn the theory and technical details of nuclear policy and master the jargon used by this community. But they also described how they attempted to fit in to conventional modes of thinking, even as these conventions felt constraining.”

“We have made it so a woman, provided she fits into a particular mold, can fit into the structure, but we’ve hardly really begun the work of changing the structure,” said Heather Hurlburt, one the study’s authors and director of the New Models of Policy Change project at New America’s Political Reform program.

Studies that help experts better understand where and why women are dropping out of the nuclear policy pipeline are an important first step in helping retain them, the panelists agreed. Engaging younger women in college and high school who might be interested in learning more about the field through teaching, and professional mentorships between women just entering the field and those more established are other keys to closing the gender gap, they said. There is also a need to combat implicit biases and stereotypes about who can be part of the conversation, they said, pointing organizations such as Gender Champions in Nuclear Policy and Women of Color Advancing Peace and Security as important models of inclusion and change.