U.S. teens are following their parents into racial divide 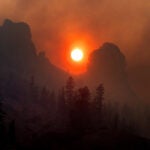 The racial views of U.S. Black and white teenagers exhibit large gaps that align with partisanship among their parents, according to new research led by Stefanie Stantcheva, a Harvard professor of economics. The working paper, “Perceptions of Racial Gaps, Their Causes, and Ways to Reduce Them,” was published by the National Bureau of Economic Research.

“Their views are perhaps even more polarized across political lines than those of their parents,” said Stantcheva, the paper’s lead author and founder of the Social Economics Lab. “It seems like teenagers very much internalize the views of their parents.”

Researchers found that on some issues, partisan gaps among teens were larger — though not much larger — than those among adults. “This larger gap is mainly driven by teenagers from Republican families having on average more right-leaning perceptions than their parents along many dimensions,” the study says. “Furthermore, teens are more likely than their parents to think that there has been progress made on racial economic disparities, as measured by the racial gap in earnings since the 1970s.”

The study found that 78 percent of white teenagers from Republican households believe that lack of effort drives poverty among Black people, while only 39 percent of white Democratic teenagers make the same connection. White Republican teenagers are vastly less likely than white Democratic teenagers to believe discrimination is the cause of economic disadvantage among Black people, 51 percent to 91 percent, according to the paper.

The answers aligned with those of adults in the study.

“The biggest disagreements between respondents lie in the perceived causes of racial inequities,” Stantcheva said. “They really disagree on what is actually the cause of having these disparities.”

As a result, the groups also split on how society should respond, she said, noting that Republicans tend to favor less intervention by policymakers.

Respondents were also asked about discrimination in several settings, including in their own lives. As expected, white people were less likely than Black people to say they had personally experienced discrimination.

The researchers conducted their first wave of surveys in 2019 and two other waves following the murder of George Floyd in May 2020. The timing allowed the team to measure how views were affected by the police killing of Floyd.

“There was no change in Black respondents’ views from this event, at least to the extent we can see it,” Stantcheva said. However, among Democratic and Republican white respondents there were changes in both the belief that racial gaps are due to racism and past discrimination and the idea that racial gaps demand race-targeted policies. Among both groups, those views faded by the end of June.

“There’s this temporary effect from this very sad and very revolting event,” Stantcheva said. “People revert back to their initial baseline.”

The team of researchers, who included the late Nathaniel Ropes Professor of Political Economy Alberto Alesina and Boston University doctoral student Matteo F. Ferroni, drew from experimental data and nationwide surveys of more than 5,000 adults and 2,000 teenagers aged 13 to 17. Black respondents were oversampled and represented half of each group.

Alesina, who died in May 2020, helped design the study, Stantcheva said. The team spent a year mourning their colleague’s death before writing the paper.

“Alberto was one of my very best friends at Harvard, a colleague, and a mentor. It was really heartbreaking to lose him,” she said. “It took a while for us to write it up, but it is really a joint project. We were confident that this was aligned with his original ideas and how he wanted the paper to look and that’s why we kept his name on it as well.”