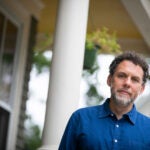 Democratic staff of the Senate Judiciary Committee released a 394-page interim report Thursday that details efforts by the Trump White House to pressure senior officials in the Department of Justice to help promote false claims that the 2020 election was rife with fraud in order to undo results in states where Donald Trump had lost, including Georgia and Pennsylvania.

The report, based on documents and direct testimony from key witnesses, including former Acting Attorney General Jeffrey Rosen, former Principal Associate Deputy Attorney General Richard Donoghue, and Byung Jin “BJay” Pak, former U.S. Attorney for the Northern District of Georgia, lays out a relentless, if unsuccessful, campaign between Nov. 3, 2020, and Jan. 6 to wield the imprimatur of the Justice Department in service of Trump’s political goals.

A separate 140-page report from the Committee’s Republican staff said given Trump’s prior experiences with the DOJ and the FBI during the Russia investigation, it was “reasonable” that he maintained “substantial skepticism” about their ability to investigate election fraud allegations in “a thorough and unbiased manner.”

Laurence H. Tribe, the Carl M. Loeb University Professor and Professor of Constitutional Law, Emeritus, at Harvard Law School, is one of the nation’s pre-eminent constitutional scholars. He advised House managers during Trump’s first and second impeachment and has been highly critical of his administration. Tribe spoke to the Gazette about the report’s early findings and what effect it could have on the Department of Justice. Interview has been edited for clarity and length.

GAZETTE: The report appears to show in great detail a concerted effort by a sitting president to use the Department of Justice to coerce state officials to help him overturn the 2020 election. What does this document tell us?

TRIBE: When added to information that has been leaking out in popular books like the one [“Peril”] by Bob Woodward and Robert Costa, in The New York Times and other reporting, it very much draws a picture of a president determined to hold onto office no matter what and to disregard the democratic process. Doing everything he can, including making threats to Georgia Secretary of State Brad Raffensperger and to his own people in the Department of Justice, threats that unless they do his bidding they will suffer career setbacks or perhaps other adverse consequences. And when this interim report is added to what we already know about the way he tried to weaponize attorney John Eastman to twist the arm of his own vice president to disregard Electoral College conclusions — when you add it all up, it seems to me it is very powerful evidence of several serious federal crimes.

GAZETTE: The report says there may be several violations. What do you see?

TRIBE: I would highlight three in particular. Coercion of political activity, 18 US Code, Section 610, makes it a crime for anyone to intimidate or coerce, or attempt to intimidate or coerce, any federal employee to engage in any political activity, including refusing to work or working on behalf of any candidate. In the activities at issue, Trump was simply a candidate; he was not the president of the United States with respect to these activities. Anyone who violates that section is eligible for a fine and/or up to three years in prison. That is one offense that this report screams quite loudly, pointing to the conclusion that he and a number of others were guilty of twisting arms in order to pressure people into engaging in political activity. The Hatch Act itself, which is about engaging in political activity while being a government official, does not apply to the president, but Section 610 definitely does.

The second major offense this report strongly indicates has been committed by various people, probably including the president, is seditious conspiracy, 18 US Code, Section 2384, which says that if two or more people conspire to overthrow the government, or to oppose its authority by force, or to seize or take the United States property by force, they’re guilty of seditious conspiracy, which can lead to imprisonment of up to 20 years. Now there are ambiguities — what kind of threat constitutes force? Certainly, the sacking of the Capitol involved force, but that is only the tail end of the conspiracy exposed here. The dots are not going to be very difficult to connect, assuming our Justice Department is interested in trying to connect them. That is a big assumption, given that we simply don’t know where the attorney general of the United States is going with any of the evidence that is emerging.

The third offense, which is less directly connected with this report, but is indirectly connected, is rebellion or insurrection. That’s 18 US Code Section 2383. That section provides that whoever incites, assists, or engages in any insurrection against the authority of the United States or its laws, or gives aid or comfort thereto — that’s really important — is to be fined and subject to imprisonment of up to 10 years and shall be incapable of holding any office in the United States. That would apply to any number of people in this report who were likely giving aid and comfort to the insurrection.

GAZETTE: Does the level of communication and action between the Trump White House and Justice Department about the election constitute a conspiracy?

GAZETTE: What could come of all of this?

TRIBE: I do think this is likely to put more pressure on the Department of Justice to investigate and perhaps prosecute under some of these federal criminal statutes. I think it will also increase the likelihood that the DA of Fulton County, Georgia, will proceed to prosecute state election crimes. But it will not affect anything about Manhattan DA Cyrus Vance or the financial prosecutions in the Southern District of New York or elsewhere.

I would imagine that when the Senate Judiciary Committee issues its final report, it might make a criminal referral to the Justice Department about whether anyone should be prosecuted. Such a referral is neither necessary nor sufficient to have a prosecution undertaken. The Justice Department can’t be forced by Congress to bring an indictment. But these criminal referrals do increase the odds of a prosecution. Even without such a criminal referral, I think it’s incumbent on the Justice Department to take this information very seriously. The reason they wouldn’t or might not isn’t that there’s some halo of immunity that surrounds former presidents and former high officials or members of Congress, although the Speech and Debate clause gives some immunity to members of Congress. The reason is simply that there would be an understandable if, perhaps, exaggerated, fear that it would look vindictive, retributive, and partisan to go after a former president.

GAZETTE: The report details numerous breaches of existing policies, norms, and even written directives from White House counsel regarding communication between the White House and Justice Department, as well as the department’s role in elections by top officials at both entities. Within the separation-of-powers limits, is there a way to ensure that these rules have more teeth?

TRIBE: All of these provisions and norms are, at least potentially, subject to being codified in law. Some are a little too vague and nebulous to lead to convincing codification. Rep. Adam Schiff has a whole raft of proposed legislative measures dealing with the abuse of the pardon power and dealing with failure to comply with subpoenas and dealing with the speed with which courts rule on subpoena matters and with other gaps in the guardrails exposed by Trump’s four years in office.

I think we’re getting beyond the reach of what law can achieve. The framers recognized that decent character couldn’t be taken for granted in those who seek high office. But without it, no body of rules, no system of enforcement can ever be entirely sufficient. It’s clear that if we elect people to positions of power, whether in the executive branch or in Congress, who are unprincipled, who care more about their own status and position than about treating their oath to the Constitution seriously and serving the interests of the country, there’s little we can do to prevent them, within the boundaries of law, from causing horrible harm to the republic. 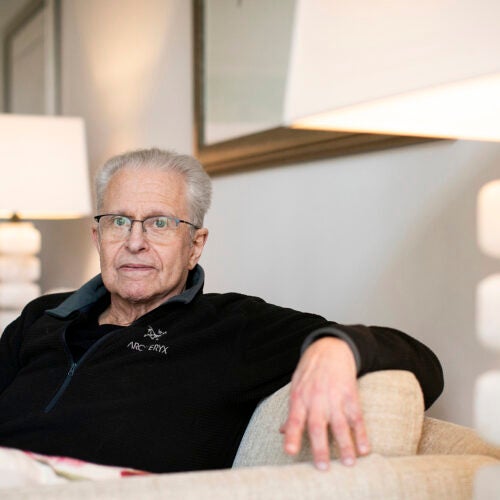 As he prepares to retire, Laurence Tribe retraces his path from teen immigrant math whiz to leading constitutional law scholar and admired professor 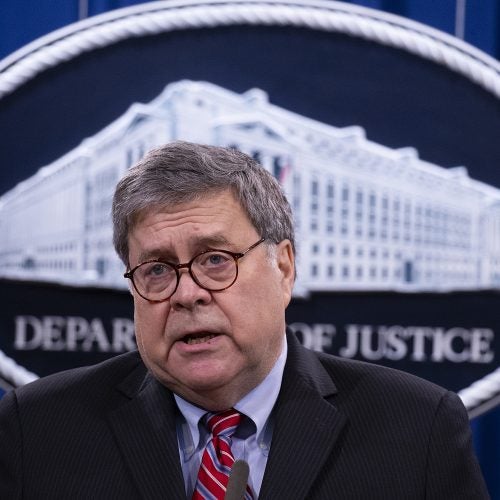