In a war zone, COVID isn’t the only health problem 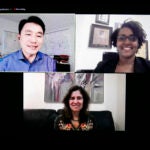 When COVID robbed children of their friendships, learning suffered

COVID-19 isn’t necessarily their worst problem. That was the message from experts in humanitarian relief at a virtual Harvard T.H. Chan School of Public Health Forum on Monday to those designing vaccination campaigns in areas of conflict, war, and unrest.

That doesn’t mean throwing up one’s hands and giving up the fight against the pandemic in these remote and hazardous areas, but it does mean thinking hard about what such a campaign should look like: potentially just a part of a bundle of health services and assistance. Displaced people can be more desperately in need of food, water, shelter, and safety than they are a COVID vaccine. For those not displaced but living in an area controlled by militia or other non-state actors, a suite of childhood immunizations may be needed in addition to COVID-19 shots for adults. In fact, depending on the level of information and misinformation in a region, parents may be more eager for inoculation against a long-feared disease like polio than for one they may never have heard of or whose relative danger they may doubt.

“You cannot do COVID-19 vaccines in isolation,” said Esperanza Martinez, head of the COVID-19 Crisis Team for the International Committee of the Red Cross. “In conflict zones you have drops of vaccination in polio and measles and mumps and rubella from 60 to 90 percent, depending on the countries you’re talking about. So when we look at mortality in the future or disability in the future, those are diseases that we need to prevent today.”

Martinez was part of the Chan School panel discussion, “Calling a Pandemic Ceasefire: Vaccinating in Conflict Zones.” The hourlong event also featured Jennifer Leaning, senior research fellow at the FXB Center for Health and Human Rights and associate professor of medicine at Harvard Medical School and Brigham and Women’s Hospital; Claude Bruderlein, director of the Centre of Competence on Humanitarian Negotiation and an adjunct lecturer on global health at the Chan School; and Madeline Drexler, a journalist and visiting scientist at the Chan School.

The group agreed that besides determining the needed services, local buy-in is key, and this often requires negotiating with a nongovernmental group — or even groups — that controls specific regions and whose members may view outsiders with distrust. Also partnering with community organizations will help ensure the campaign meets other essential needs, while meeting health goals.

“It’s about a plausible, sustainable bundle of medical assistance,” Bruderlein said. “We need to get to these conflict environments and come with something that makes sense for the population. It has to do with bundling assistance. Only-COVID-19 vaccination is not going to make it. The problem of these populations is not COVID; it’s linked to other forms of communicable and noncommunicable diseases.”

Bruderlein said the effort also has to be sustainable, as recent evidence that vaccine-derived immunity wanes over time means any prevention effort will have to revisit populations repeatedly over years. He added that plausibility is also key, pointing to the strategy of the global immunization program COVAX, which has enough vaccines to inoculate at least 20 percent of the population in its target nations in 2021. That low level likely means conflict zones will see even less, and Bruderlein asked what effect a vaccination level of 15 percent, or less, might have on transmission.

“What are we preventing in terms of infection with just 15 percent vaccination? Well, nothing,” Bruderlein said. “All this effort to get to such a low level of vaccination, which will not have an impact on the infection rate, that doesn’t make sense.”

Instead, he suggested picking targets, perhaps nations where mutation chances are greater, and aim for vaccination rates of 40 percent to 60 percent, high enough to make a dent in transmission.

The scarcity of vaccines can undercut efforts to negotiate access and get community support, Martinez said. It’s critically important that trust-building groundwork be followed up by robust campaigns, as inadequate supplies erode those inroads, leaving community members wondering when the vaccines will actually arrive. That is particularly true in places with a lot of misinformation that can provide an alternate, less flattering, narrative.

Drexler, whose recent work has examined cease-fires negotiated to permit vaccination, said there have been examples in the past where combatants agreed to halt hostilities in order to let vaccination campaigns for smallpox, polio, and childhood inoculations move forward.

Known as “days of tranquility,” Drexler said the campaigns provide an example from the past, but one that is not being mirrored today. A significant obstacle, she said, is that those earlier efforts were aimed at children, which adults on all sides saw as worthwhile. Today, Leaning pointed out, COVID vaccinations are aimed at adults who may be adversaries or their supporters, and so are not viewed as benignly.

The biggest problem, however, is the global shortage of vaccines and the massive inequity in their distribution. While industrialized and some middle-income nations are rapidly vaccinating populations, others still have fewer than 1 percent vaccinated.

“The COVAX facility, which is distributing vaccines to low-income countries all around the world, is desperately short of doses,” Drexler said. “Really there is a global equity problem right now.”

Leaning, who has worked as an observer in conflict zones, said one of the hidden tolls of this work is the stress it places on humanitarian workers themselves. When working in these areas, she said, they must always be on alert and aware of how they’re perceived by the local community. With misinformation and mistrust rampant even in developed regions, they need to be cautious of threats not just from armed actors, but the community itself. In Africa, for example, misinformation is circulating that COVID-19 and its vaccines were engineered to wipe out the African population, according to Drexler.

“You’re always on, you’re always being watched. … You cannot count on people trusting you ever, and you must rely on an implicit dialogue of: ‘Is it still OK for me to be doing this?’” Leaning said. “In my experience observing health care workers … in conflict zones, they should be valorized as the best representative of what our aspirations as a world are about.” 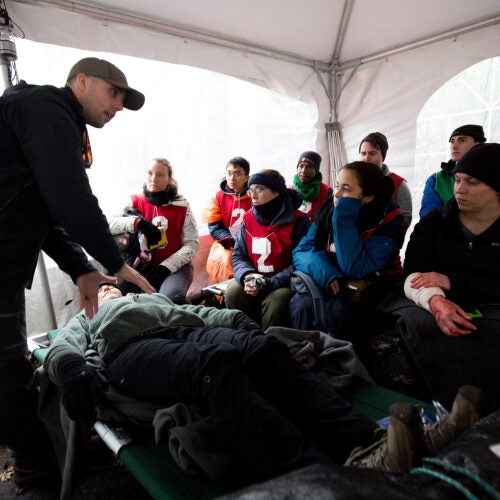 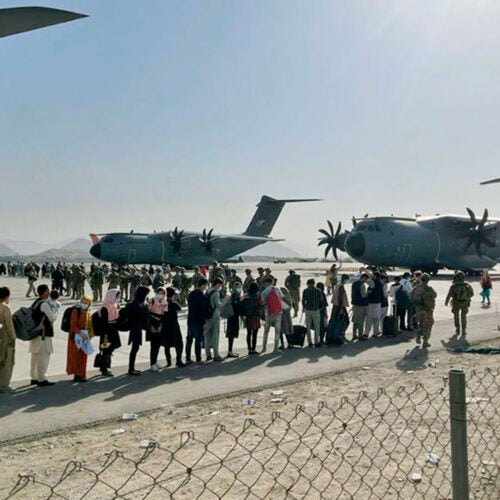