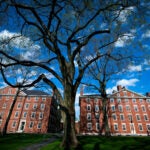 Harvard University and National Resilience, Inc. (Resilience), a manufacturing and technology company, have established a five-year R&D alliance with a $30 million commitment from Resilience directed toward the development of complex medicines, including biologics, vaccines, nucleic acids, and cell and gene therapies.

Under the alliance agreement coordinated by Harvard’s Office of Technology Development (OTD), Resilience will fund faculty-initiated research focused on certain novel therapeutic and biomanufacturing technologies pioneered in University labs. The alliance also anticipates that these Harvard innovations may be commercially advanced by new companies formed by Resilience expressly to drive these technologies into clinical development and commercialization.

An initial technology platform has already been identified for incubation under the alliance, with promising applications in skeletal muscle disorders. In the Harvard lab of Lee Rubin, professor of Stem Cell and Regenerative Biology, researchers have developed a means to culture millions of cells in vitro that behave like skeletal muscle stem cells (satellite cells), retaining their regenerative potential, for use in possible cell therapies. Resilience is now funding the lab’s continuing work on the platform, aiming to further validate it, in a project led by staff scientist Feodor Price.

Meanwhile, Resilience has formed an entity called Circle Therapeutics, anticipating that Circle may carry the technology forward under license.

“For six decades since the discovery of the satellite cell, it has not been possible to expand therapeutic numbers of satellite cells in vitro, until we made real headway on it at Harvard,” said Rubin. “We’re truly excited for the possible therapeutic impact of our innovations.”

“Our mission at Resilience is to make a new generation of complex medicines, such as curative gene therapies, life-saving vaccines and immune-system-boosting cell therapies, more accessible to people in need,” said Rahul Singhvi, chief executive officer of Resilience. “Current biomanufacturing processes pose significant hurdles to making these medicines quickly, and at scale, which is why we are excited to work with researchers at Harvard to identify and develop the technologies needed to make this future a reality.”

“The Rubin Lab’s platform to expand and maintain in vitro-derived satellite cells could lead to transformative cell therapies,” said Vivian Berlin, executive director, HMS, at Harvard OTD, who leads OTD’s Corporate Alliances team. “With prior support from the Blavatnik Biomedical Accelerator, the team has compellingly demonstrated the clinical relevance of this work. Now with Resilience’s focused funding and experience in the development of complex medicines, we hope to set it on a clear path toward benefiting patients.”

Going forward, Resilience and Harvard will jointly issue a call for proposals to identify additional research projects to be funded at Harvard. Under the terms of the alliance, Resilience will receive an option to license technologies arising from funded projects.

“This research alliance with Resilience will help support biomedical innovation at Harvard,” said Isaac Kohlberg, Harvard’s chief technology development officer and senior associate provost. “Collaborating to both advance Harvard science and place arising technologies with dedicated new ventures, we can provide yet another valuable source of support and industry expertise to translational biomedical researchers across Harvard’s Schools as they seek to impact human health for the better.”