If Randall Kennedy ran the world 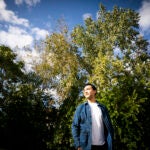 Legal scholar speaks his mind, sparing no one, in new collection of essays

This month, Randall Kennedy, Michael R. Klein Professor of Law at Harvard Law School, published a collection of essays titled “Say It Loud! On Race, Law, History, and Culture.” The Civil Rights Act and antiracist activism are among Kennedy’s topics, and the book includes provocative essays about Nat Turner, Frederick Douglass, and Thurgood Marshall. In a conversation with the Gazette, the legal scholar answered critics of his work, described his politics, and explained why his hopes for racial equality in the U.S. have dimmed. The interview was edited for clarity and length.

GAZETTE: You talk in your book about your family history. How has it informed your views on race?

KENNEDY: My family history has been profoundly influential on my views on race. I was born in Columbia, South Carolina, but I grew up in Washington, D.C., because my parents were afraid for their future in South Carolina. I asked my father once why he moved. His response to me was, “Because either a white man was going to kill me or I was going to kill a white man.” That’s why I grew up in Washington, D.C. Race was a constant topic of conversation in my household.

GAZETTE: Some people see your views on race as provocative. Some call you a “Black conservative.” Is that a fair characterization?

KENNEDY: Typically, in American political parlance, a person who’s viewed as a political conservative is a person who thinks that the existing order is about right and they’re resistant to change. I, on the other hand, think that there is much that is wrong with our political and social order. If I were in charge of things, I would quite radically redistribute wealth and opportunity in America so that we didn’t have so many people who are languishing in circumstances that prevent them from realizing the best that is within them. If we’re talking about the circumstances of women, there has been change in American life, but it’s still the case that women find themselves marginalized with respect to certain fundamental things like control over their reproductive capacity. In this respect, the United States, as far as I’m concerned, is backward and inequitable. As for race, we live in a society that is racially unfair. Anyone can look at our indicia of well-being: life expectancy, access to medical care, wealth, education, risk of being victim to criminality, risk of being victim to incarceration — you can go down the line, and there is a basically a racial hierarchy. Those who do best are white people and those who get the short end of the stick are people of color, and the darker you are, the worse off you are. Is that accidental? Of course, that’s not accidental. That is, in large part, a legacy of atrocious racial oppression in American life, and not enough has been done about that. I would be in favor of doing a lot more about that. If this is a conservative notion, then I’m a conservative.

GAZETTE: What do you think is the best characterization of your political views?

KENNEDY: I want a society that allows people to realize the best that’s within them. There are lots of things about our society that stand in the way of that, and I want to get rid of those impediments. Many of the people I most respect have been people on the left. I’m happy to associate myself with that part of the political spectrum. But there are people who view me, especially in academia, as conservative. Take the issue of affirmative action, for example. One of my books was in favor of affirmative action, yet there were some students who viewed me as a quote, conservative, unquote. Why? Because I raised questions about affirmative action. I’m generally in favor of it, but I do have reservations about it. I’m very willing to say, “Can we do something better?” But even raising questions, in the minds of some people, typecasts me as being out of step. I am bothered by the way that some people misperceive me, but it’s not going to dissuade me from saying what I want to say.

Take the very first sentence of my new book: “These are the impressions of a Black, Negro, Colored, African American law professor.” I wrote it knowing that there are some people who are going to be turned off by that. They’re going to say, “Does he really use the term ‘Negro’?” “Does he really use the term ‘Colored’?” The answer is yes. I wrote an essay about it. I think it’s perfectly defensible.

GAZETTE: Your essays don’t shy away from criticizing iconic Black figures — Frederick Douglass, Martin Luther King Jr., Thurgood Marshall. Why is it important to you to highlight the flaws in historical leaders?

KENNEDY: What do academics do? What do scholars do? They question. I’m in a law school. I ask questions. And by the way, with respect to criticism, I criticize everyone, including myself. When I write something I do the best I can at any particular moment, but there are several places in this book, where I say, “Five, 10, or 15 years ago, I said this, but I’ve reconsidered, and I’ve changed my position for the following reasons.” I adopt a skeptical, questioning, critical attitude toward everything.

GAZETTE: You write, in one of your essays, that you have become less optimistic about the prospects for racial equality in the U.S., and that the turning point for you was the election of Donald Trump.

KENNEDY: I have never felt more trepidation in all my life than in the past several years. It has profoundly shaken me that a politician could ascend to the highest office in the land, in part, by tapping into and, in fact, nourishing racial prejudice. In one of my earlier books, I said that now, because of racial advances, no ambitious politician in the United States would think of saying certain things or acting in a certain way that could plausibly be interpreted as racist. Even if they harbored racist views, they’d cover them up. Obviously, I was wrong. It has shaken me that a president of the United States could evince sympathy, indeed solidarity, toward people engaged in a public act of racist intimidation while chanting disgusting slogans and wearing Nazi and Klan insignia. It has shaken me that my government, as a matter of policy, separated children from their parents at the borders of the country. I believe that our government has continued to behave indecently in a variety of ways, that our democracy is in peril, and that racial injustice is a big part — not the only part, to be sure, but a big part — of that baleful story. I insist, though, that we also remember that there are many people who have protested against these social wrongs. Racism runs deep in America. But, so, too, does anti-racism. We invite peril if we forget slavery and segregation and the reaction against the First and Second Reconstructions. We also invite peril, however, if we forget the crusade against racial injustice that has been carried on heroically by the likes of Frederick Douglass and Charles Sumner, Thurgood Marshall and Martin Luther King Jr., Daisy Bates and Fannie Lou Hamer.

GAZETTE: In another essay, you write that you used to hope for a “racial promised land” governed by “racial equality.” Now you advocate for “racial decency,” something you say is less ambitious. Can you explain?

KENNEDY: My ambitions on the racial front have shrunk. I feel chastened. That’s why I’m talking about “racial decency” as opposed to “racial equality.” My sense of what is possible in the foreseeable future has been diminished.