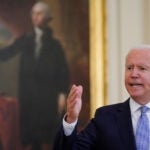 As state and local officials weigh proposed multibillion-dollar settlements to resolve cases against Purdue Pharma, Johnson & Johnson, and other drug companies in the U.S. opioid epidemic, public health experts have noted a cautionary tale contained in the past and present of an even larger agreement.

In 1998, state governments reached a 25-year, $246 billion deal with the country’s largest tobacco companies. The staggering sum was intended to hold the industry accountable for the lethal effects of smoking and provide support for anti-tobacco programs. But the reality has been a “giant disappointment,” says Harvard’s Allan M. Brandt, author of “The Cigarette Century: The Rise, Fall, and Deadly Persistence of the Product that Defined America,” a Pulitzer Prize finalist in 2008. Despite the huge payout, much of the money has been diverted into initiatives that have nothing to do with smoking.

In an interview with the Gazette, Brandt, the Amalie Moses Kass Professor of the History of Medicine and a professor of the history of science, looked back on the Big Tobacco deal and shared his views on the best strategy for distributing funds from pending opioid settlements.

GAZETTE: What have we learned from the way the Big Tobacco settlement played out?

BRANDT: At the time, I think a lot of us, perhaps somewhat naively, thought, “This is really going to be great for tobacco control,” which was always significantly underfunded. When people used cigarettes, became addicted, and got sick, there was a strong tendency in American society and culture to blame those individuals for having just disregarded the warnings. So given the bias against individual smokers, a lot of people thought that this major, state-oriented, class litigation was a real way to redress the problem of tobacco use, especially for prevention of smoking among teenagers and children. What happened to that money has been the source of a lot of debate, discouragement, and disappointment. The $246 billion was used to fill budget gaps, build roads, and for other purposes; only very rarely was it used for any form of public health, let alone reducing tobacco use, treating those who were addicted, and protecting kids from becoming smokers. It’s become a notorious example of collecting a lot of funds through litigation, but not getting those funds to those who most need or deserve them. I think a lot of people have watched the emergence of the opioid litigation with the tobacco settlement cloud hanging over the proceedings.

GAZETTE: How were the states able to get away with diverting these funds?

BRANDT: I’ve come to realize that many of us in public health and legal studies and other fields didn’t completely understand the mechanics of the suits. Money from the mass litigation came into the states’ accounts, and it was only the action of state legislatures that could determine how best to spend those funds. There also wasn’t any significant appetite for many governors and state legislatures to necessarily point those funds in the direction they were intended, and there was a lack of oversight. Another big problem was that the tobacco settlement arrangements were such that states’ funding from the companies was tied to the companies’ profits. So, the states went from being adversaries to being business partners with the companies. In a sense, the states disincentivized the tobacco companies from acting better because they realized the amount of money they would get would depend on the tobacco companies’ profits. Also, to access some of the money coming in from Big Tobacco right away, the states sold bonds for the funds that would come in later in a process known as securitization. By some estimates only about 2.5 percent of the monies that were collected, and are being collected now, went or are going to tobacco control. It’s a giant disappointment. Another thing to remember is that in the end, Big Tobacco just raised the price of cigarettes. Because nicotine is so addictive, that price hike had little impact on their sales, so they essentially recovered most of the money that they were going to have to give to the states. All these things just felt kind of diabolical.

“The industries should compensate for the harms they contributed to, and justice should be focused on those who have suffered the most.”

GAZETTE: What lessons from the tobacco deal apply to negotiations in the opioid settlements?

BRANDT: The opioid litigation is quite complex — it’s a very diverse group of cases. And one of the reasons it’s so diverse is in response to the master settlement agreement from Big Tobacco where almost all the money just went to the states. And so many localities, towns, cities, and tribes realized that if they didn’t sue themselves, they might not get access to some of the funds. So, you have states’ attorneys general, but you also have mayors and town managers and city councilors who have filed suits. I do feel that the lawyers who are involved, the state representatives who are involved, the legislators who are involved — they really must make commitments now to legislation that determines the appropriate utilization of these funds. There also needs to be state-legislated oversight of these funds, and genuine accountability.

They also must ensure people really understand the nature of addiction. There is a growing opioid-use-disorder advocacy community, but so much stigma remains.

With the tobacco settlement, companies were forced to set up the Truth Initiative, which is both a public health organization devoted to eliminating nicotine addiction and a watchdog group that has stewarded and made widely accessible all the historical documents that incriminated the tobacco companies. We know what the tobacco companies did, and it was outrageous. And, quite frankly, we know what Purdue Pharma did, and it was outrageous. And it’s very important, I think, to be able to assign responsibility to these companies. Otherwise, people will continue to say of those who suffer from addiction: “They shouldn’t have done it,” or “They were irresponsible,” or “They’re deadbeats, they’re addicts, they’re junkies” — all of these terribly stigmatizing terms. But these people were vulnerable to the actions of these powerful industries, and the industries should compensate for the harms they contributed to, and justice should be focused on those who have suffered the most.

GAZETTE: Do you feel like these settlements — both with Big Tobacco and the drug companies — are enough of a deterrent? Is this truly justice for the lives lost?

BRANDT: I don’t think these are anywhere near enough. A lot of people who have looked at litigation as a public health strategy have raised this question. It’s not an ideal approach to public health. But where other regulatory agencies and public health strategies and policies have not been successful, this has been a very useful strategy of utilizing the courts to seek redress for these brutal harms. I think it’s a valuable component of public health policy. 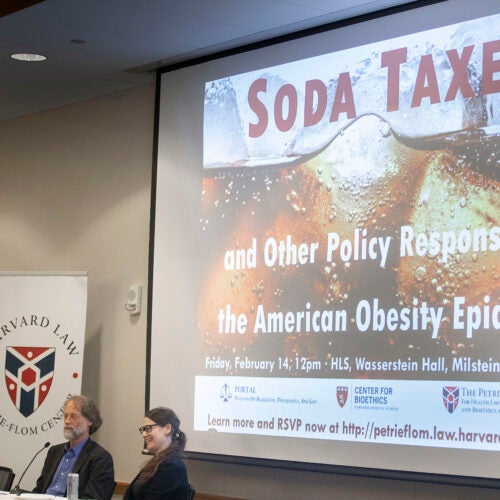 GAZETTE: How would you like to see the funds from the opioid settlements used?

BRANDT:  One of the big advantages is that we really know a lot about what to do. There are excellent evidence-based medications for opioid-use disorders, as well as other strategies to assist people who are suffering. We could use these funds for treatment and for harm reduction, for better education for health care providers. We could use them for anti-stigma campaigns, and really change the meaning of opioid-use disorders in a consequential way. In addition, I think there are important opportunities to fix policies that made it possible for opioids to be so widely available and fundamentally misused. These are all elements of getting some level of appropriate regulation and provision of services to people who need it the most.