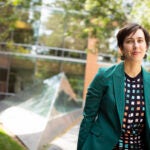 From bad to worse in Latin America

Most of the 20-plus suspects arrested in the assassination of Haitian President Jovenel Moïse as part of an attempted coup appear to be from outside the country, with no known connection to the nation’s politics or military. Authorities believe a wealthy Haitian-American doctor contracted a “private army” of former Colombian soldiers through a Miami security firm, Counter Terrorist Unit (CTU) Security, owned by a Venezuelan-American businessman.

The incident has renewed concerns over the shadowy, unregulated trade of professional militaries — companies staffed by veteran fighters from armed forces around the world that provide private security to the ultra-rich and powerful, various nations, and sometimes to warlords, arms traders, and aspiring dictators.

The New York Times reported last month that in 2017 an Arkansas private security firm provided paramilitary training to four Saudis who were part of the team that killed and dismembered Washington Post journalist Jamal Khashoggi the following year. Erik Prince, founder of the controversial security firm formerly known as Blackwater, sought to have his close ally President Donald Trump turn over much of the war in Afghanistan to his private air force for a $5 billion fee.

While international law prohibits the use of mercenaries in armed conflicts, many countries, including the U.S., employ security contractors to fill noncombatant roles. Others, like Russia, which deploys professional fighters in a dozen countries, including the Donbas region, Syria, Libya, and the Central African Republic, use them to bolster their own uniformed troops and cut costs.

Paul Kolbe is director of the Intelligence Project at the Belfer Center at Harvard Kennedy School. He held numerous senior leadership positions overseas and in the U.S. during his distinguished 25-year career with the CIA, and he shared with the Gazette what’s known and not known about the private security industry.

GAZETTE: The group who allegedly stormed the presidential palace and killed Moïse has been referred to as a “private army” because they were hired guns. What did they look like to you?

KOLBE: On Haiti, this looks to me less like a private army (i.e., professional military contractors like Blackwater, Wagner Group, Triple Canopy), and more like a pretty shambolic set of former military types assembled for a specific operation via a sketchy security firm, [similar to] the feckless effort to overthrow [Venezuelan President Nicolás] Maduro last year.

Wagner Group is essentially a state-sponsored private army, which Russia has used as a GRU proxy in Ukraine, Syria, Libya, and Central African Republic. [GRU is an acronym for Russia’s largest foreign intelligence agency.] It poses as a security contractor, but the main driver is geopolitical, not commercial, and they provide direct combat support. The former Blackwater and its successors rode the post-9/11 security contracting gravy train. Those lucrative Iraq and Afghanistan contracts have significantly declined with the sector since consolidating. Last I checked, Erik Prince has started a Hong Kong-based company, Frontier Services Group, which is doing business with China (Belt and Road project security). He famously had proposed to the Trump administration privatization of the war in Afghanistan.

All this to say that I’m not sure that there has been a proliferation of private armies, but mercenaries and companies that supply them have long been a factor in conflicts where governments want to hide their involvement, or which offer rich commercial prizes. It runs hand in hand with the illicit arms trade.

GAZETTE: Private army is a catch-all term used to describe a wide range of security operations, some legitimate, some less so. What are some hallmarks of the more professional firms?

KOLBE: The phrase is used to cover everything from semi-official, state-sponsored military groups such as Wagner Group, the PMUs [popular mobilization units, or paramilitary militia forces] in Iraq, or large security contractors such as Control Risk, or the former Blackwater, which provide protective services or training. Militias, gangs, and drug-trafficking organizations also constitute private armies. There is also a constellation of many small security firms that represent widely varying degrees of quality, professionalism, and ethics. At the extreme end of the scale are those individuals or firms that provide mercenary services to the highest bidder or for political purposes if state-sponsored. One sign of professionalism is whether the organization has adopted the International Code of Conduct for Private Security Service Providers, which is intended to provide an ethical framework for private-sector security and military organizations.

GAZETTE: Does anyone in the U.S. military or government have a handle on how many of these groups are out there, who’s in them, what they’re doing and for whom, or even how much money is changing hands?

KOLBE: The sheer number of such groups, the lack of transparency with which many operate, and the evolving nature of the conflicts where they thrive, makes this a difficult intelligence challenge. Further, the military formations or private armies are a simply an outgrowth of the political, economic, and criminal environments in which they are used. One cannot understand the role of militias in Libya without understanding the wider social, political, and historical fault lines they represent.

GAZETTE: These security firms usually tout their military training and expertise to secure clients whose goals are not necessarily aligned with U.S. interests. Isn’t that a national security concern?

KOLBE: Yes, if former military or intelligence personnel are providing expertise to adversaries, or even sharing restricted technology or practice with friends, this undermines U.S. security interests. Recent examples include DarkMatter, [which includes] a group of former NSA [National Security Agency] officers who were working for the UAE [United Arab Emirates], ostensibly on counterterrorism efforts, but which apparently drifted over into surveillance of dissidents. Similarly, a DynCorp proposal for training the Saudi intelligence services was rejected by the Department of State.

GAZETTE: As we’ve seen with Haiti, even a shambolic privately contracted hit squad can have significant political and national security ramifications. What challenges do they present for U.S. defense and intelligence communities?

KOLBE: The military and national security community will be most focused on non-state militaries that directly impact or threaten U.S. interests, particularly those with which we might come into conflict. The U.S. military’s clashes with Wagner Group in Syria and the continued threats posed by Iranian-backed militias offer two good examples of the direct challenges posed by these formations. The case of a small, apparently privately organized operation such as we saw in Haiti offers a more difficult intelligence challenge. Ideally, the U.S. would have received some advance indication that something was afoot, but this is by no means guaranteed.