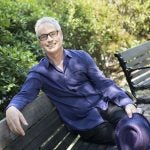 Best predictor of arrest rates? The ‘birth lottery of history’

Regardless of who is leading their governments, U.S. and Israeli intelligence agencies maintain a quiet, steady relationship, as that link remains a vital part of national security for both countries.

During a talk last Thursday as part of a Harvard global youth conference on foreign affairs, former CIA director John Brennan and Tamir Pardo, former head of Mossad, spoke about the close ties between the CIA and Mossad, the far-reaching “nuclear” threat posed by cyber, and state-sponsored assassinations, which both generally condemn but view as defensible in the case of “terrorists” who pose an “imminent” threat.

“As good as CIA is, the world is a very, very big place, and we need to work with our partners, such as Israel and Mossad. They have eyes and ears in places and capabilities that we depend on. Because we can’t be everywhere, all the time, that information-sharing is important,” said Brennan, who served as CIA director during President Barack Obama’s second term, from 2013 to 2017. “Tamir and I would share the most sensitive intelligence because our agencies trusted one another.”

Even without the kind of network of global partners that many larger nations have, Israel manages to punch far above its weight in intelligence with the CIA as a partner.

“We managed to do things that no one thought before that can be done in cooperation between agencies like us,” said Pardo, who joined Mossad in 1980 and served as its head from 2011 to 2016. “We never thought that [we] would be able to achieve that degree of cooperation.”

Even though the two heads of state at the time, Obama and Prime Minister Benjamin Netanyahu, had a strained relationship at best, Pardo said “it never, never stopped the cooperation between the two agencies.”

The two former intel chiefs spoke as part of a three-day virtual conference hosted by the Harvard Undergraduate Foreign Policy Initiative last week. The event provided 615 high school and early college-age students in 62 countries, many of them thinking about future careers in foreign policy, an opportunity to hear from and speak directly to nearly 150 global figures and experts in intelligence, national security, and diplomacy. Speakers included Leon Panetta, former U.S. secretary of defense and former CIA director; Michèle Flournoy, former U.S. under secretary of defense for policy; and Henry Kissinger ’50, A.M. ’52, Ph.D. ’54, secretary of state and national security adviser during the Nixon and Ford administrations and an informal adviser to the Trump administration.

Moderator John Ferguson ’22 asked Brennan and Pardo about their views on state-sponsored assassinations, an ethical concern with which many students interested in the field of intelligence wrestle, he said.

Brennan said he “strongly condemn[ed]” the involvement of country, including the U.S., in assassination, an act he defined as the targeted killing of officials of sovereign countries for political or ideological reasons outside of wartime. He criticized the January 2020 assassination of Qasem Soleimani, a top general in the Iranian Revolutionary Guard, which the Trump administration hailed as a major battlefield success. But Brennan said killing members of al-Qaida and other terrorist groups was “far different in my mind” than assassination because such groups were not sovereign nations and were plotting deadly attacks against the U.S. and others. “I do believe that there is an obligation on the part of governments to do what they can to protect the lives of their citizens.”

“Cyber is a very soft and silent nuclear weapon. You can destroy a country without shooting one bullet, without launching any rocket, and you can really create a lot of damage for a very cheap price.”
— Tamir Pardo

Assassination is a criminal offense and “something that should never be done,” said Pardo.

But “if you have to do it, it is because you are in a state of war with that country or with that organization, and the threat … is enormous, and there is no other way to deal with it.”

“Israel never, never killed anyone for things that he did in the past,” he added, claiming that even terrorists who had caused harm at one point but were not presently a danger would not be targeted. “We are taking those actions only if there is imminent threat of this person for the coming days, for the future.”

Cyberintelligence has become a critical and higher-profile component of national security, as cyberattacks by groups inside Russia and elsewhere hit civilian targets like private companies and city governments, and disrupt economies and public safety. Once a tactic available only to state-run intelligence agencies, today virtually anyone, even criminals, can launch cyberattacks to inflict significant economic, social, and political harm.

“Cyber is a very soft and silent nuclear weapon. You can destroy a country without shooting one bullet, without launching any rocket, and you can really create a lot of damage for a very cheap price,” including the “exceptional power” to change government policies and administrations, said Pardo.

Asked by a student whether the greater reliance on data can restore public trust in the soundness of intelligence community decisions, Brennan and Pardo suggested that negative perceptions are being shaped by a torrent of false information online and in the news. “So, I think there is the basis for that distrust,” said Brennan.

Despite greater public awareness that state and non-state actors around the world are using the internet and other digital tools to manipulate people, “I don’t think the politicians and others and even news organizations have learned the lessons” from the last several years, said Brennan. “There seems to be a total absence of integrity, honesty, and truthfulness, which I think is leading … not just to distrust, but an ignorance of the facts and misunderstanding of world events. And, with the technological developments that are underway, I think we’re going to see more and more of this proliferation of false information, unfortunately.”

Less than a decade ago, telling truth from falsehoods was fairly easy. Today, it has become much harder to separate fact from fiction in both Israel and the U.S. in part because some politicians are deliberately misleading their citizenry, said Pardo.

During the Trump and Netanyahu administrations, “Fake news was so common that no one was able to [detect] the difference between truth and lie. I think it’s your job, the young people, to make the change — and it won’t be easy,” Pardo said, noting a new wave of younger politicians who have embraced and polished these tactics.

“We did our best to prevent it for many years. But we are out of the system today. It’s your turn now.”