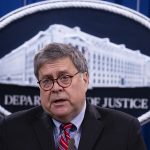 The Supreme Court has asked the U.S. solicitor general to weigh in on a lawsuit involving Harvard’s admissions policies. The request postpones the court’s decision on whether to take a case that could have dramatic effects on diversity on college and university campuses across the country.

As part of its official orders list on Monday, the court wrote that, “The Acting Solicitor General is invited to file a brief in this case expressing the views of the United States.”

Legal expert Douglas Hallward-Driemeier said it’s not uncommon for the justices to ask the solicitor general, the fourth-highest official in the Justice Department who represents the government in cases before the court, for her views before it decides to take up or decline a case of national significance. He said the resultant brief from acting solicitor general Elizabeth Prelogar could help the court determine whether to grant a review or a petition for certiorari.

“This kind of request happens not infrequently when the issue is an important constitutional one,” said Hallward-Driemeier, who heads the appellate and Supreme Court practice at the law firm Ropes & Gray and who has argued 17 cases before the court. There’s no set deadline for when the solicitor general would have to weigh in, he said, but Prelogar would likely “try to get it done in time so that the court could consider and hear the case and set it for argument next term if they were so inclined.”

Harvard College’s admissions policy, which uses race as one factor among many when determining its incoming class, has been under attack for years by Edward Blum and his organization Students for Fair Admissions (SFFA). In 2014, Blum’s group filed a suit against Harvard claiming the College discriminated against Asian American applicants, violating Title VI of the Civil Rights Act of 1964. That claim was rejected by both the district court and the court of appeals.

In 2019, a federal district judge in Boston upheld Harvard’s admissions policies following a three-week bench trial. Just over a year later, a panel from the First Circuit Court of Appeals in Boston affirmed the lower court’s ruling. In February, SFFA petitioned the Supreme Court to hear the case. Harvard filed its opposition to that petition in May.