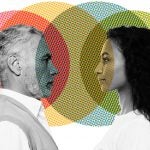 While legislation to make Juneteenth a national holiday was speeding into law on Thursday, Opal Lee, who, at age 89 walked from Fort Worth, Texas, to Washington in an effort to create the holiday, told a story that highlighted how far the nation has come, even as recent months have illustrated how far it still has to go on rights and inclusion.

When she was a child growing up in Texas, she told an online audience, her family had moved into a house in a neighborhood where “we didn’t know we weren’t wanted.” One night she said a mob of about 500 surrounded the house, prompting her mother to send Lee to stay with friends. When her father showed up with a gun to protect his home, a local police officer said, in Lee’s telling, “If you bust a cap, we’ll let the mob have you.”

Her parents slipped away when it got dark, and the mob tore the house apart and burned it, she said.

“If those people had allowed us to stay in that community, they would have found that we were just like them. All we wanted was a decent place to stay, and my father had a job. My mom was working two,” said Lee, now 94. “That was all we wanted. We would have been good neighbors, but they didn’t give us the opportunity to show them that.”

After a lifetime of struggle against racism and years pushing for the Juneteenth holiday, Lee’s fondest wishes came true this week, with rapid congressional passage and President Biden signing the bill.

Lee told her story during the web session, hosted by the Harvard T.H. Chan School of Public Health, called “Stories of Juneteenth: A Conversation with Ms. Opal Lee.” Lee, who said she’d be “dancing in the streets” with the holiday becoming official, appeared with Chan School Dean Michelle Williams, who introduced the program; Evelynn Hammonds, the Barbara Gutman Rosenkrantz Professor of the History of Science, professor of African and African American studies, and chair of the Department of the History of Science; and Annette Gordon-Reed, the Carl M. Loeb University Professor, whose most recent book, “On Juneteenth,” blends history with her personal recollections of growing up in Texas.

While the history of Juneteenth may only recently have become familiar to people outside of Texas and the South, Lee and Gordon-Reed said their families long celebrated the day as a time when family gathered for picnics and barbecues. Falling on June 19, the date marks the post-Civil War emancipation of enslaved persons in Texas, the last state of the Confederacy to free them.

“Even when history is made, it can be slow to reach some parts of humanity. It was not until June 19, 1865, more than two and a half years after the Emancipation Proclamation was signed and two months after Confederate General Robert E. Lee surrendered that the last enslaved people in Texas learned that they were free,” Williams said. “It is a complex history that has struggled to be interwoven into Black American tapestry.”

The hourlong event, moderated by Hammonds, featured a discussion with Lee and Gordon-Reed about the legacy of slavery as embodied in racist governmental structures recent enough that Lee attended segregated schools, and Gordon-Reed recalled segregated waiting rooms at doctors’ offices and movie theaters. She also remembers being the first black child to integrate her local school.

“My father took me to school, and I had the experience of educators coming to stand in the doorway to look in to see how this was progressing,” Gordon-Reed said. “I was on display. And it made me think about why? Where did this come from?”

Gordon-Reed and Lee said that even as newly freed people celebrated emancipation, they also recognized that a difficult road lay ahead, something that the two said should inform critics who question the appropriateness of a holiday when it is clear that much more work on rights and belonging remains to be done.

Lee offered the benefit of experience, saying that all of her life there has been progress as well as setbacks. What’s important, she said, is to continue to seek equality and push back when fairness and equality are denied, as with the recent spate of legislation to restrict voting rights and bar some public school teaching on racism.

“We are going to soldier on,” Lee said. “We are not going to let those kinds of things stop us from getting over to our children what they need to know.”

Lee urged today’s youth not to allow the momentum from the recent national awakening about racial justice to fade, and said that has made her hopeful that real progress is being made.

“Surely, what’s happening now is going move us in a direction where we all can say we’re brothers and sisters,” Lee said. “We know people who are not on the same page as us, and it’s up to us to change their minds. People can be taught to hate, and they can be taught to love.”