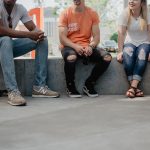 Experts urge global reform now, before all is forgotten and a deadlier pandemic begins

An international panel is offering a suite of recommendations to prevent the next pandemic — including a new global body of heads of state — but the effort’s leaders said more urgent than any single item is concerted international action before the window of opportunity pried open by COVID-19 closes.

“Don’t nitpick about the ideas. See the big picture here,” said David Miliband, International Rescue Committee president and chief executive officer. “I really believe that there’s a window here, which if we’re not careful will close. … We’ve had the most monumental warning from some combination of natural and man-made disasters. Next time it could be much worse. It could be more transmissible and more fatal.”

Miliband and two others involved in the effort, Joanne Liu, past president of Doctors Without Borders, and Anders Nordström, on leave from his post as ambassador for global health at the Swedish Ministry for Foreign Affairs, said that the moment for action is now, before wealthy nations and their rapidly vaccinating populations put the pandemic behind them, along with the urgency about the need to avoid similar deaths, economic loss, and disruption of lives in the future.

“We owe that to the 3.6 million people who died, who died — most of them — alone,” said Liu. “It needs to happen now, and the window of attention is very short.”

Liu said the temptation to forget the pandemic’s rigors and get back to “normal” holds a hazard not just for future pandemics, but for today’s as well. If commitment to ending the pandemic everywhere wanes among the rich nations, COVID-19 has the potential to morph into yet another “pandemic of the poor, pandemic of the neglected,” like tuberculosis and HIV, she said.

Miliband and Liu are members of the Independent Panel for Pandemic Preparedness and Response, created by the World Health Assembly, the governing body of the World Health Organization (WHO). Created as an independent effort to suggest evidence-based ways to prepare for the next pandemic, the 13-member group is headed by former New Zealand Prime Minister Helen Clark and former Liberia President Ellen Johnson Sirleaf. Nordström is head of the panel’s Secretariat.

Nordstrom, Liu, and Miliband spoke about the report’s findings and recommendations on Thursday at an online discussion named for the report itself, “COVID-19: Make it the Last Pandemic.” It was hosted by the Harvard Kennedy School’s Belfer Center for Science and International Affairs and moderated by Graham Allison, the Douglas Dillon Professor of Government. The Independent Panel for Pandemic Preparedness and Response began its work in September and released a report last month that concluded that the COVID-19 pandemic was preventable, as evidenced by the low death tolls in several countries that took steps immediately after WHO declared a public health emergency of international concern in January 2020.

“This is the ‘Chernobyl moment’ of the 21st century. The idea is that if we want this to be the last pandemic, then we need to create the political will [to deal] with it. Otherwise, it’s going to be another report that’s going to collect dust on a shelf.”
— Joanne Liu.

The report, Nordström said, analyzed pandemic responses of 28 nations — the seven best, the seven worst, and 14 in between — for lessons that could be applied to keep the next outbreak from becoming a pandemic. It found that the nations that did the worst — the U.S. and Brazil at the bottom — denied the science, delayed acting, and mounted inconsistent responses. Those that performed best acted early with coordinated campaigns aimed at containing the outbreak while it was small. Taiwan, for example, has just 361 deaths, while New York state, with roughly the same population, has about 20,000. The speakers noted that past experience may have been key, as five of the seven best-performing nations had significant outbreaks of SARS and MERS in the recent past.

Despite more than 3.7 million deaths globally from COVID-19, more than 170 million cases, and widespread disruption to lives and economies, the report’s authors said they are nonetheless concerned that the experience hasn’t produced a momentum toward global-scale reforms that might prevent or mitigate a future pandemic.

“The scale of the crisis has not yet brought the momentum for reform that is necessary,” Miliband said. “And I think we have to take that exceedingly seriously, whether you’re in government, an NGO, an academic institution, or another capacity.”

The independent panel recommended, among other things, the creation of a Global Threats Council led by heads of state and government. Miliband said it would be comprised of 20 or so leaders, kept intentionally small to avoid the inertia that often plagues larger assemblies. That, together with other steps, would provide a key element missing from prior failed responses: buy-in from the highest level of political leadership around the world.

“Gen. [Charles] de Gaulle said that war is too important to be left to generals, and, essentially, underlying this report is the argument that pandemics are too important just to be left to health ministers,” Miliband said. “This is not another gargantuan U.N. body that will take minutes and spend years.”

Other recommendations include increasing funding for global preparedness and response by about $5 billion to $10 billion a year, along with the ability to raise 10 times that for surge funding in the event of an outbreak; strengthening WHO by, among other steps, giving it greater autonomy from its member states; limiting WHO director general to a single, seven-year term; creating a new global system for disease surveillance; and transforming current vaccine platforms — a pandemic bright spot — into ones that not only develop vaccines but also extend to global vaccine manufacturing and distribution.

Liu said the threat of a future pandemic needs to be considered as important as a chemical threat or nuclear accident — something deserving the attention of the world’s top leaders.

“This is the ‘Chernobyl moment’ of the 21st century,” she said. “The idea is that if we want this to be the last pandemic, then we need to create the political will [to deal] with it. Otherwise, it’s going to be another report that’s going to collect dust on a shelf.”