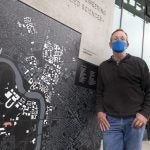 High-speed internet at a crossroads

Nearly 40 years after creating the first, iconic map of the universe, researchers aim for the largest map ever

In the largest quest yet to map the universe, an international team of researchers is using DESI, or the Dark Energy Spectroscopic Instrument, to survey the skies. Observations officially began Tuesday at Kitt Peak National Observatory near Tucson, Arizona; the mission will last five years with the goal of mapping 30 million galaxies.

By surveying a vast volume of space, the scientists of the DESI collaboration — including a dozen from the CfA — will be able to address a myriad of questions in modern cosmology: how does the early universe create large-scale structures, how does gravity cause matter to collect and form galaxies, and what might be driving the enigmatic acceleration of the expansion of the universe?

Early maps of the universe

Mapping the universe has a storied history at the CfA, says Douglas Finkbeiner, a CfA researcher and member of the DESI collaboration.

Pioneering astrophysicists at the CfA launched the first systematic surveys to map the universe in the late 1970s. Led by Marc Davis, John Huchra, Dave Latham and John Tonry, the team first targeted 2,400 galaxies, measuring their redshifts — the shift in wavelength of light of an object in space — which can be used to calculate distance from Earth.

The second, more extensive map by Margaret Geller and Huchra, revealed on the cover of Science in November 1989, was groundbreaking. It revealed the cosmic web for the first time, showing that galaxies are not distributed across space uniformly, but instead are broken up into clusters with vast, empty regions of space between them.

It was around that time that CfA astrophysicist Margaret Geller coined the term “soap bubble universe” when, after creating early maps, they realized these clusters of galaxies sat on the membranes of what seemed to be large, invisible bubbles that spanned millions of light years.

That’s where DESI can help.

Built by a collaboration of hundreds of people, and with primary funding from the U.S. Department of Energy Office of Science, DESI has been installed and is now being operated on the retrofitted Nicholas U. Mayall four-meter Telescope at Kitt Peak National Observatory. The instrument will allow scientists to study redshifts at an unprecedented scale. Using 5,000 robotically controlled optical fibers, DESI can gather spectroscopic data, or light, from 5,000 galaxies at a time.

By gathering light from over 30 million galaxies, DESI will help construct a detailed 3D map of the universe that reaches as far back as 11 billion years. The map will help better understand the repulsive force associated with dark energy that has driven the exponential expansion of the universe for billions of years.

“DESI is a finely tuned machine, building on the opportunities of the latest technology and learning from decades of experience in optimizing the hardware, software, and operational strategy of major sky surveys,” says Daniel Eisenstein, a CfA researcher and member of the DESI collaboration. “The result is quite amazing: a facility about 20 times faster than previous state-of-the-art technology. We are acquiring redshifts from galaxies 100 times fainter than what we targeted with the Sloan Digital Sky Survey, just 20 years ago.”

As data from DESI begins to roll in, Eisenstein and the CfA team will see how it compares to current cosmological structure theories. He and his colleagues have used the fastest supercomputer in the United States, Summit at Oak Ridge National Laboratory, to create simulations of how the large-scale clustering of galaxies came to be and what role dark energy played in it.

Finkbeiner, who helped decide what targets DESI would observe over the course of the next five years, believes there is still much to learn from redshift surveys.

“Redshift surveys provide key information about how much matter there is in the universe and how it clusters,” he says. “We can now measure so many galaxies so precisely that they also give us a handle on dark energy and neutrinos. Today we celebrate the start of the DESI survey and look forward to the new discoveries it will bring.” 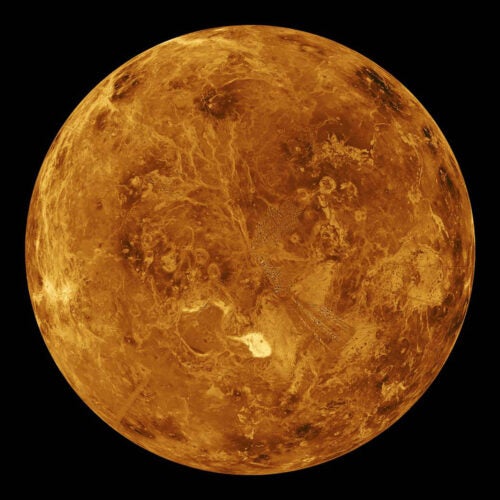 Astrochemist brings search for extraterrestrial life to Center for Astrophysics 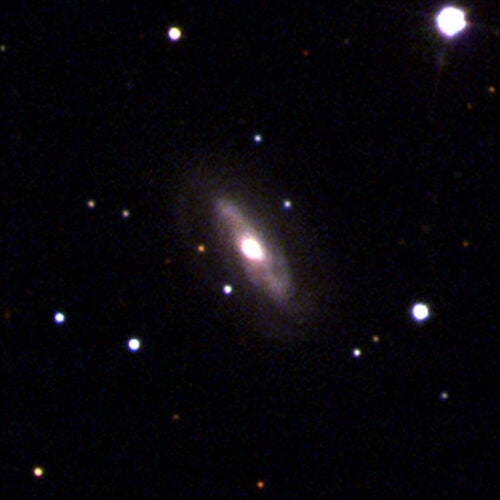 Black hole on the move 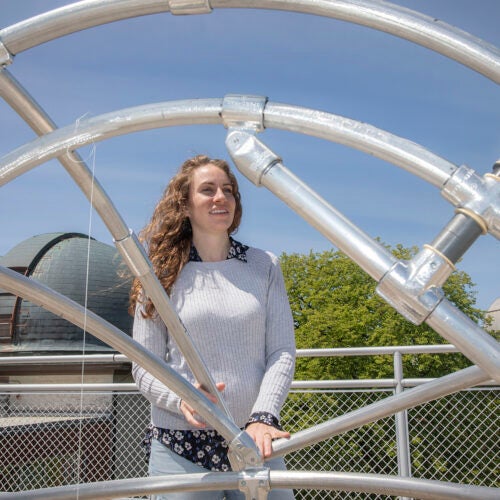