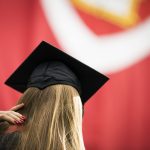 Jerome Kagan, the Daniel and Amy Starch Research Professor of Psychology Emeritus and a pathbreaking scholar of developmental psychology, never let a good idea pass him by — no matter where he was when it occurred.

“He’d be driving down Memorial Drive and have a great idea he wanted to tell you, so he’d slow down, turn to look at you, and start talking — in the middle of the road,” recalled Kagan’s friend and colleague Charles A. Nelson III, professor of pediatrics at Harvard Medical School and director of research at Boston Children’s Hospital’s Developmental Medicine Center.

Kagan, whose relentless curiosity and formidable intelligence were as notable as his driving habits, died May 10 in Chapel Hill, North Carolina. He was 92 years old.

During his storied, six-decade career in developmental child psychology — 36 of them spent teaching at Harvard —Kagan unraveled previously held ideas and introduced new theories about how children’s behavior and traits develop from infancy through adolescence.

“He was a towering intellect,” said Nelson. “The field of developmental psychology, and psychology more broadly, has lost a very important figure.”

Kagan used longitudinal studies that followed his subjects from infancy through adolescence to focus on the origins of temperament in children. In contrast to earlier claims that children’s traits were influenced solely by parenting and social environment, he found that about 15 percent of babies were very shy as infants — his category was “behaviorally inhibited” — and they largely retained this trait across childhood.

However, he also found that some children’s behavior changed as they grew up depending on parental involvement, which indicated a connection between a child’s psychology and biology.

“As a scientist, [Kagan] was instrumental in emphasizing the reality of temperament, particularly shyness versus social boldness, and establishing that temperament emerged early and persisted through the lifespan,” said Steven Pinker, the Johnstone Family Professor of Psychology, who took courses with Kagan as a Harvard graduate student in the 1970s.

“His findings challenged the common view in developmental psychology that children are interchangeable blank slates, shaped by parenting and other features of their environment,” said Pinker. “He emphasized the interaction between inborn temperament and maturational timetables and the child’s experience with parents, peers, schooling, and adults.”

Kagan was born in Newark, New Jersey, and grew up in nearby Rahway. He earned his bachelor’s degree in biology and psychology from Rutgers University, doctorate in psychology from Yale, and honorary master’s degree from Harvard. He taught at Ohio State University, served as a psychologist in medical research at the U.S. Army Hospital at West Point, New York, and worked on the staff of the Fels Institute in Yellow Springs, Ohio, before joining the Harvard faculty in 1964 as a professor of psychology.

Two years before coming to Harvard, Kagan and Howard A. Moss published a landmark book, “Birth to Maturity: A Study in Psychological Development.” The work analyzed a longitudinal study that emphasized a connection between experiences in early life and the development of certain characteristics in adulthood. Other early work included similar long-term studies in rural Guatemala and in Cambridge.

A prolific writer, Kagan published dozens of articles, reports, and books, including “Understanding Children: Behavior, Motives, and Thought” (1971), “The Nature of the Child” (1984), and “What Is Emotion? History, Measures, and Meanings” (2007). His most recent book, “A Trio of Pursuits: Puzzles in Human Development,” was published in January 2021.

“During the 1940s and ’50s, many citizens and social scientists believed that the main, if not the only, cause of the problems that plague our species were childhood experiences,” Kagan told the Harvard Gazette in 2010. “This belief was an heir of Freudian ideas and the confidence of behaviorists, who were demonstrating the power of experience to shape animal behavior. It followed that anyone who discovered the specific experiences that led to a mental illness, crime, or school failure would be a hero doing God’s work. Who would not entertain the idea of becoming a child psychologist, given this zeitgeist?”

Martha Minow, the 300th Anniversary University Professor at Harvard Law School, admired Kagan’s ability to explore new ways of thinking and use new forms of technology in the face of changes in his field.

“At one time, I was worried that the study of human beings was being replaced by the study of brain cells. [Kagan] said that knowledge grows in all kinds of ways and we have to explore the new technologies and new methods without holding onto the old ones simply because we don’t like disruption,” she said. “He recognized that we learn in part by disrupting what we knew in the past, and that can be dislodging to our stability and sense of what we understand, but that’s how we grow. For me, it’s such a lesson in boldness and humility.”

Friends, colleagues, and former students spoke of his mentorship and commitment to improving the work of others — often with no holds barred. Nelson recalled that Kagan liked to start most conversations with the same anxiety-producing question: “What have you discovered this week?”

“He expected his interlocutors to be just as engaged, generous, and reflective as he was, and when someone views you in that light, you want to live up to it,” said Moira Dillon, an assistant professor of psychology at New York University who worked with Kagan on his 2013 book “The Human Spark: The Science of Human Development” when she was a Harvard doctoral student. “While Jerry’s critiques were always numerous, he also gave praise generously, and indeed his praise of me as a young scientist was affirming and encouraging. His style and balance of critique and praise were genuine; he fostered a sense of not only equality, but also mutual respect.”

Minow called her experience working with Kagan “a true highlight of my 40 years at Harvard.” The two co-created and co-taught (with Robert A. LeVine, professor of education emeritus) “Children and Their Social Worlds,” a popular undergraduate course in the 1990s. Students in the class often wrote to Kagan about how the course changed their career plans and steered them into pediatrics or child advocacy. The teaching collaboration also coincided with the birth of Minow’s daughter, which was a “fabulous” development.

“I had my own personal child psychologist on call,” she said. “Especially when I as a new parent was asking a lot of questions, he had so much patience and interest and curiosity.”

Kagan received numerous honors, including the Hofheimer Prize from the American Psychiatric Association and the G. Stanley Hall Award and Distinguished Scientific Award from the American Psychological Association. He served on numerous committees of the National Academy of Sciences, the President’s Science Advisory Committee, the Social Science Research Council, the National Institute of Mental Health, and the National Research Council.

He was an avid tennis player, a voracious reader, and a fixture at the Harvard Faculty Club.

He is survived by his daughter, Janet Kagan; granddaughter, Leah Kagan-Reznick Tyner, and her husband, Jon Tyner; and great-grandson James Emerson Tyner. His wife of nearly 70 years, Cele, died in 2020.

A celebration of his life will be held at a later date.